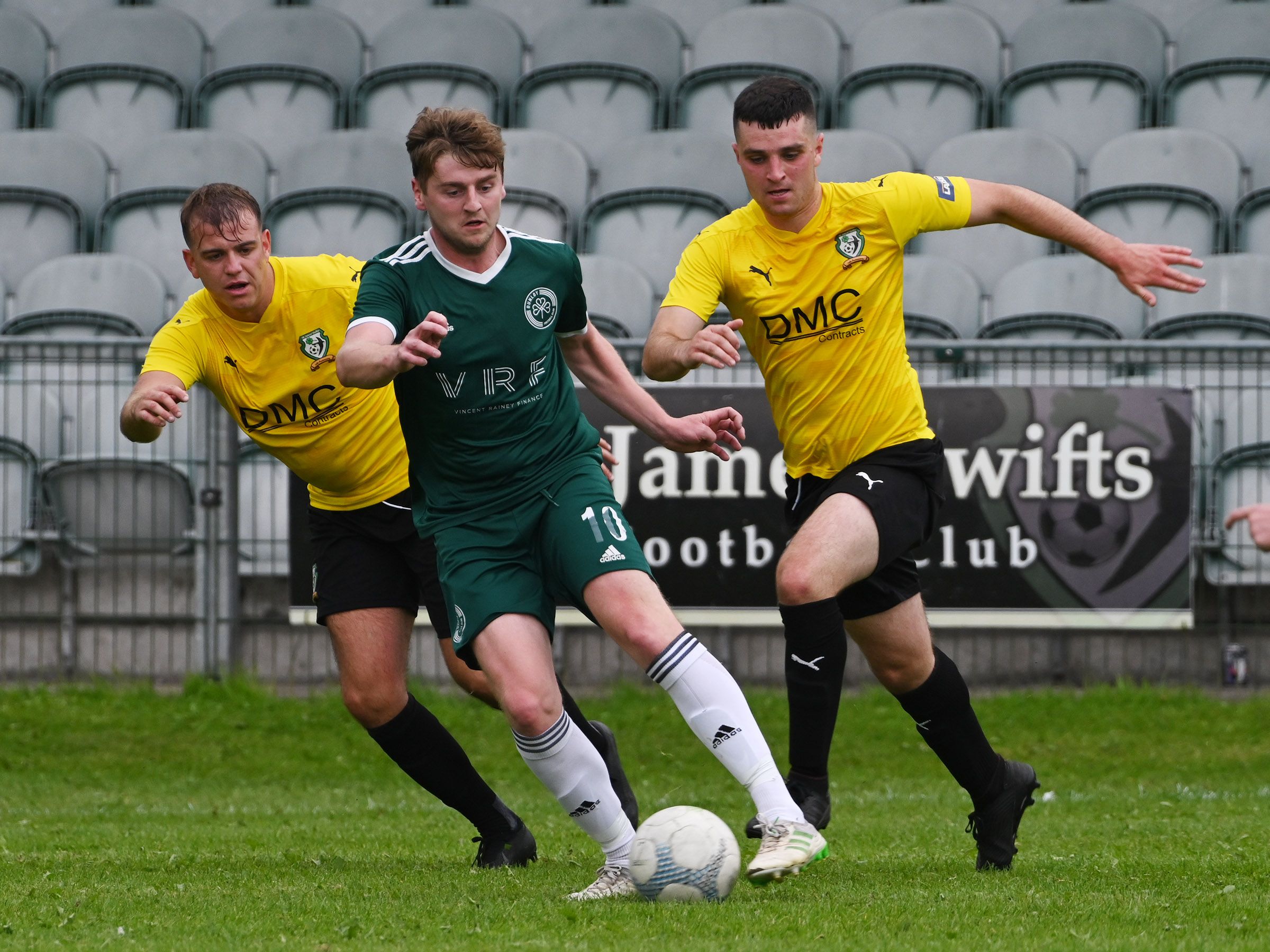 Ballymena & Provincial Intermediate League
St James' Swifts 0-1 Dunloy FC
JORDAN Lemon's goal from the penalty spot three minutes into the second half was enough for Dunloy FC to take the points against St James' Swifts at Suffolk Road on Saturday.

The North Antrim side took advantage of a good start to the second period with that goal as they were able to deny the hosts an equaliser that just wouldn't come.
There were chances for the West Belfast outfit in this game, but maybe not enough of them over the 90 minutes as Dunloy kept things tight at the back and held on for the victory.

This wasn't quite an incident-packed game as it took 11 minutes for the first chance of note when Swifts' Ronan Hamill swivelled and shot, but the effort was too high.

The visitors looked content to soak up the pressure and try to hit Swifts on the counter, but were not committing many bodies to those attacks that were coming to nothing. Despite not enjoying sustained periods of possession, they were giving the home team little to aim for as they remained compact and did have a couple of chances with Jack Magee and James McFerran seeing efforts clear the crossbar.

St James' were probing and passing the ball, but couldn't quite find the gaps in the away defence with Sean Pat Donnelly getting a half-sight on goal, but was quickly closed down and then he had a well-struck free-kick well gathered by Dunloy goalkeeper Stephen McIlroy as the teams went in at the break with the game scoreless.

Dunloy seemed to come out of their shell much more upon the resumption with Neil McNicholl playing an inviting ball across goal where Gillan was lurking, but the striker just couldn't get a proper connection at full stretch.

A minute later came the decisive moment in the game when Gillan was taken down for a penalty and up-stepped Lemon who planted the ball into the bottom left corner, past the outstretched hand of Swifts' goalkeeper Massimo Shiavoni.

The hosts went in search of the leveller and the 53rd minute proved to be the closest they would get as Sean Pat Donnelly clipped in a free-kick from the right bye-line with Stephen O'Neill getting a touch, but watched agonisingly as the ball bounced off the post almost in slow motion with a foul in the follow-up that allowed Dunloy to clear.

Dunloy went close to doubling their advantage eight minuted later when James McFerran's hooked effort was turned behind for a corner that was met by Anthony Smith and led to a second corner.

At the other end, Ronan Hamill played in a good ball that beat everyone and forced McIlroy to make a smart save, while a Mark McDonald snapshot was then off target.

Dunloy were not just sitting back as they too had chances with a Gerard O'Mullan effort whistling past the post, but it was Swifts who were pushing harder and a thunderous drive from substitute Padraig McCormack was pushed behind at the near post.

The hosts were still searching for the goal, but were struggling to create anything of note until stoppage time when the chance came as a good ball into the box was met by McCormack and while he got a good connection, McIlroy produced an even better save that ensured the visitors claimed the points in this game sponsored by The Hair Lounge.