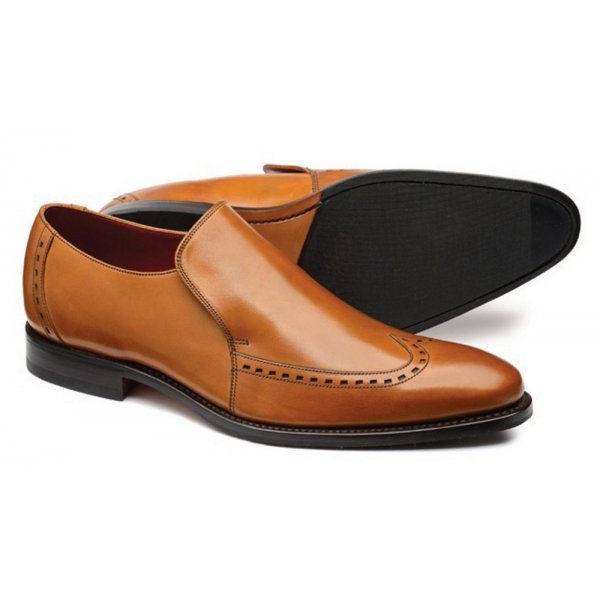 THE more assiduous readers of this column may remember that some time ago Squinter wrote about a rather personal hang-up – phobia would be too strong a word. He wrote that he was discomfited by the sight of elderly men in nice suits and ties wearing big gutties.

There’s not the space here to revisit the reasons for that strange foible, but last week he saw something so distressing that it made the Americanisation of Irish OAP footwear choices pale into insignificance. As so often happens, events unfolded in the bookies.

There was Squinter perched on a stool, sucking a tiny pen, his head over a football coupon, when suddenly his eyes were drawn to the feet of the bloke next to him. Now Squinter likes a nice pair of shoes – as do most people. And this was a very nice pair of shoes. Tan leather slip-ons they were, with a tastefully understated brogue tip and stitched welt. No nasty bargain-basket plastic moulding here. Squinter’s a laces man, generally speaking, but these slip-ons were enough to make him reassess that long-held bias.

The shoes were of such quality that they almost offset the wearer’s coordination decision. Almost, but not quite, for along with shoes that could easily have appeared in a best-buy feature in GQ magazine, this bloke was wearing a pair of Adidas tracksuit bottoms.

Nothing wrong with tracksuit bottoms, Squinter has a couple of pairs somewhere in the house and they have their place (and that place is on a track). But why, Squinter wondered as he continued to stare downwards with his hand now shading his eyes, the football prices forgotten about, would anybody with the dress sense to purchase a pair of shoes like that wear them with a pair of trousers more usually seen in a stolen car?

These were the really nasty Adidas trackies too – the ones on which the three stripes run only to the knee, the ones with zips down the sides. And for some reason the zips were fully open, turning the trackies into the leisurewear equivalent of bellbottoms, as if the wearer appreciated that these shoes deserved as wide an audience as possible. If that was his thinking, Squinter regrets to report that it was like staging Swan Lake on the pallets of a half-built boney.

Suddenly the shoes removed themselves from the footbar of the stool and walked off, the heels meeting the floor with a satisfyingly solid clump, the unzipped trackie bottoms flapping around the calfskin. Squinter can’t tell you whether the bloke’s mix-and-match issues extended to up-top because, to be honest, he could have been wearing a basque and a gimp mask and Squinter wouldn’t have noticed, so engrossed was he in the lower half.

And Squinter was left to ponder just what the deal was here. Was the fella a nifty dresser who borrowed a smick’s trousers, or a smick who borrowed a nifty dresser’s shoes? Did the bloke leave the house in haste to catch the 2.30 at Fairyhouse or – and this is almost to dreadful a vista to contemplate – did he reckon after careful consideration that the combo worked well? Did he try several pairs of trousers on before deciding that the trackies looked best? And did he undo the zips with a final flourish and take one last look in the Sliderobe mirror before winking, smiling and pointing an imaginary handgun at himself?

Squinter will keep an eye out for the shoes and trackies in the bookies and let you know if they reappear. Come to think of it, he should probably be on the look-out too for a bloke in a pair of merino wool trousers and Nike Air Max.