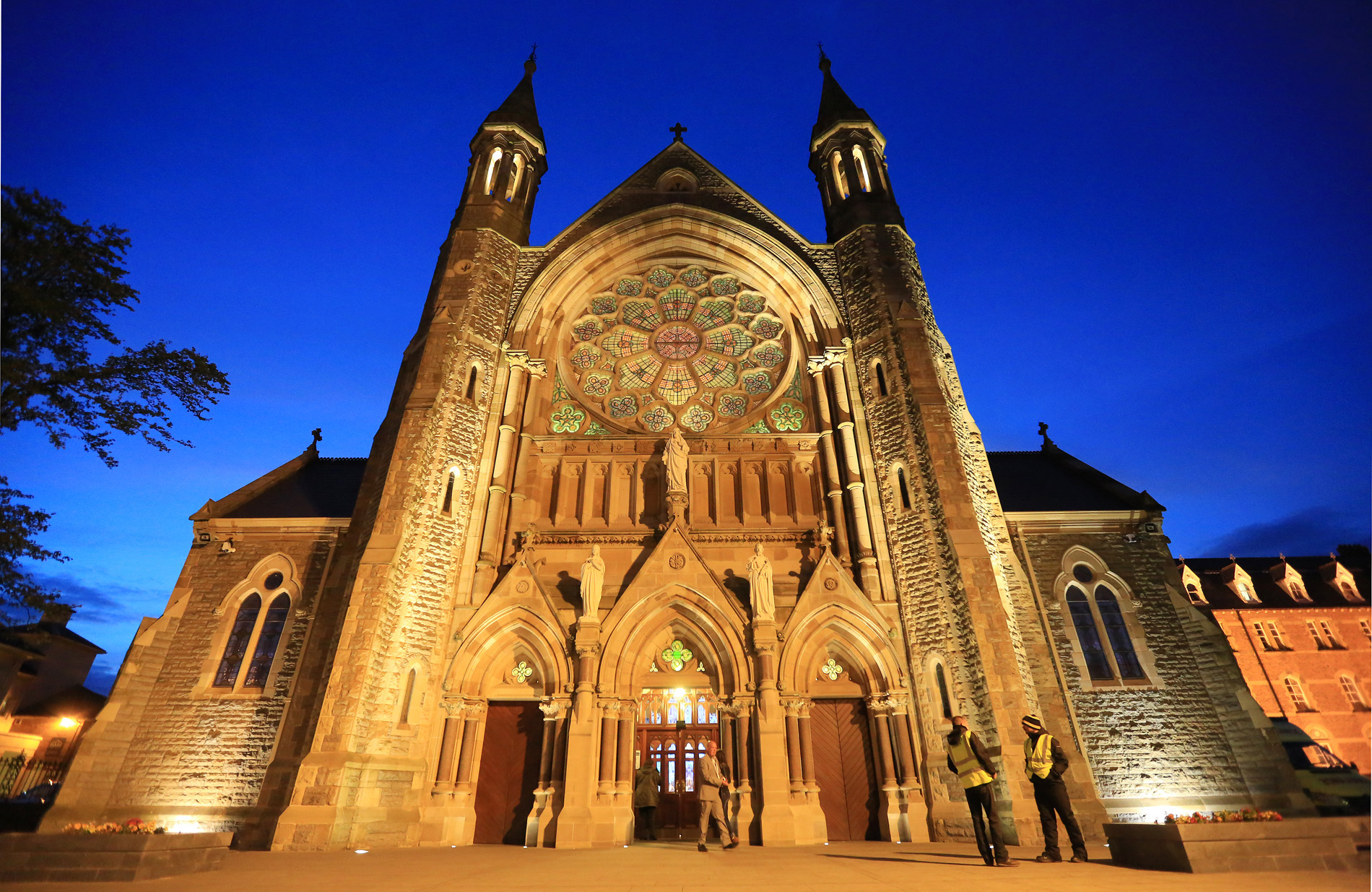 Clonard is home to the annual Solemn Novena, one of the largest spiritual gatherings in Ireland

NEWS that the World Meeting of Families in 2018 will take place in Dublin has heightened speculation that Pope Francis will be paying a visit to Ireland in three years’ time.

The four-day international conference is most often organised in conjunction with a Papal visit. If the Pope does come north during any visit to Ireland, then there are realistically just two destinations: Armagh, the ecclesiastical capital of Ireland, and Belfast, which has the largest Catholic community in the north and is Ireland’s second city. St Peter’s Cathedral in Divis and Clonard, home of the annual Novena, one of Ireland’s largest spiritual celebrations, would be obvious choices for any Papal visit to Belfast

The Clonard Solemn Novena sees tens of thousands of worshippers gather in the church of the Most Holy Redeemer across nine days every June and is only too ready to warmly welcome Pope Francis should he come to Belfast.

Fr Noel Kehoe, in his first year as Rector following the departure of Fr Michael Murtagh, says he’s hoping for a Papal visit to Ireland – and maybe even to West Belfast.

“I firmly hope that such a visit would be possible and I am sure that Pope Francis would be warmly welcomed by the people of the north,” he said. “Clonard, in its turn, will gladly open its doors to this man of faith, peace and reconciliation.”

Fr Noel said there are many reasons, why “we should support and pray for a visit of the Holy Father to Northern Ireland”.

“Pope Francis has refocused the world to see the real needs of those who are often excluded from society – the economically poor, refugees, the elderly, prisoners, the abused,” he said.

“In the simplicity of his words and actions, and by his priorities and choices, we have discovered again the dynamic and practical power for good that the Gospel of Christ offers to our world. This has brought a new wave of hope and enthusiasm into our church and in the world. We need such hope in Northern Ireland!

“Like the saint who inspired his name choice, Francis also knows how to build bridges and be a peacemaker. His role in the reopening of diplomatic relations between the USA and Cuba is well documented. That was unthinkable not so long ago. What might this man of peace achieve here in cementing and strengthening our own peace process?

“As a bridge builder, Pope Francis’s affection and openness to the evangelical and Protestant churches, indeed to all faiths, would certainly help us take a further and important step in ecumenical relations between churches in the north. The role of faith communities, inspired by the Gospel, is and will be the cement of peace in Northern Ireland.

“But there is one other reason why we should welcome this Pope to Northern Ireland. When we clear away ideologies, political and religious divisions, when we focus on the essential, we discover that fundamentally the quality of our lives depends on relationships that are build on decency, mutual respect, joy, compassion and friendship. Pope Francis embodies so many of these qualities. I am sure that we would all be touched and enriched by the friendship of Pope Francis.”