Stepping together into the minefield of 2017 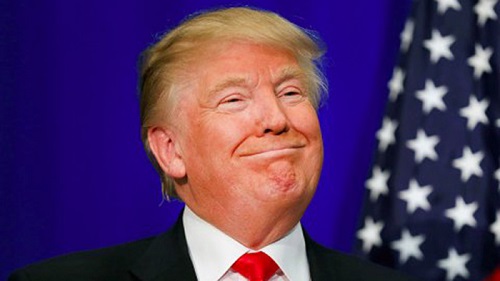 INTO THE UNKNOWN: US-President Elect Donald Trump will be inaugurated later this month

THERE are two ways of looking at where and how we are – the W way and Y way.

The W is for Walt (Disney), and it involves looking at a happy world awash with balloons and smiling people and adorable puppies. In this world the politicians resemble our favourite uncle who always had time for us when he visited and never forgot to slip us a couple of bob as he was leaving. It’s a world of cute babies, trilling songbirds and floating hearts, a world where the sun nearly always shines, and on the few occasions it rains, it give you an opportunity to pull on your wellies and go dancing down the street like Gene Kelly in Singing in the Rain. If anybody gets lost it’s only for a short time and ends in Mummy running down the garden path to hug the lost one, a hug that’s prolonged and backgrounded by a mass of unseen choirs singing Alleluia!

Would you say our social or political world resembles the W model? Hardly. The reality of our world is less dominated by loving family members and friends who join hands with you to sing Auld Lang Syne before hugging and kissing, and more dominated by the crumpled greyness of Aleppo and the hopeless wailing of bereaved relatives.

The funny – that’s funny-peculiar, not funny-ha-ha, Virginia – thing is, we’ve been here before, almost one hundred years ago.

Which brings us to the Y way of looking at life – that’s Y for Yeats, initials WB. Yeats was a great poet but no one could accuse him of being a man with an enlarged funny bone. Here’s how he saw things in 1920:

“Mere anarchy is loosed upon the world,
The blood-dimmed tide is loosed, and everywhere
The ceremony of innocence is drowned;
The best lack all conviction, while the worst
Are full of passionate intensity."

Not your Polyanna of the poetry world, W B Yeats. But have you ever read a better description of the collision between people who aren’t sure what they believe in, and the unblinking certainty of neo-fascism? Think passionate intensity, think a Donald Trump rally. And as the weeks and days tick down to his inauguration as US President, how appropriate are the final lines of Yeats’s poem:

“And what rough beast, its hour come round at last,
Slouches towards Bethlehem to be born?”

There’s a fear that haunts the EU today: “Things fall apart, the centre cannot hold”. After seventy years of relative peace in Europe, there is a red-alert danger that Europe could fall back into rabid nationalism, that the world could fall back into the bloody-drenched folly of two World Wars.

The same fear of disintegration now grips the UK. For some, however, in Scotland and Ireland, it’s less a fear and more a hope. A disintegrating UK? Whoopee! Either way there is that sense of the bonds of order being stretched to and beyond breaking point, as we step into the minefield of 2017.

As for the rough beast that slouches towards Bethlehem to be born: can you think of a better description of D Trump Esq? His blank and pitiless gaze, his heavy presence moving inexorably towards centre stage in world affairs.

We’re told that it’s insulting to see the people who voted for Brexit as stupid. It may be, but what else would you call people who knowingly and consciously act against their own interests? Who accept the lies of those they voted for, and embrace the massive difficulty that they created for themselves? Ditto the people of the US. It’s not really a question of whether voting Brexit and/or Trump was a stupid thing to do. It’s more a question of what level of stupidity it exhibited. Within the next couple of years, we’ll learn from that grimmest of instructors, Experience.