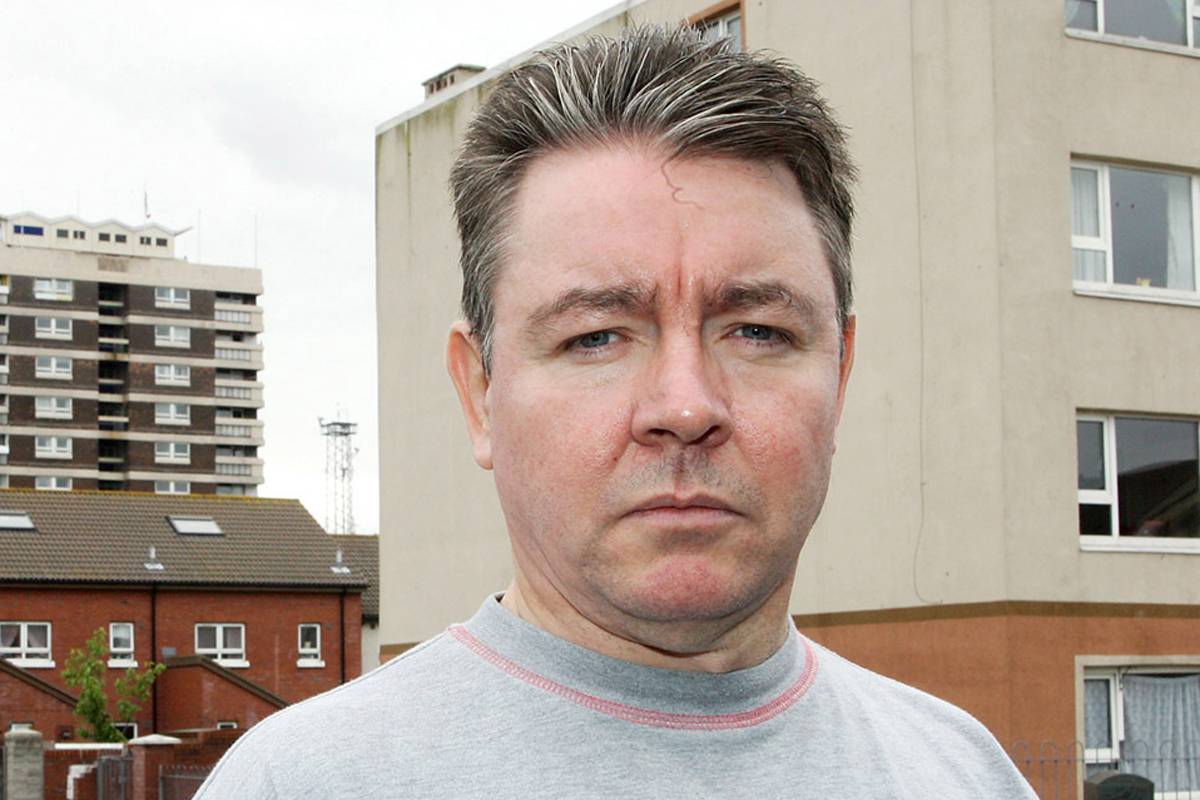 The North’s troubled history has long been depicted in popular culture, through films, books, theatre, music and television.

However a new play set for the Waterfront stage next month will be the first time the struggles within modern republicanism will be laid bare. There is perhaps no better writer to have penned the new play, Brothers in Arms than former republican prisoner and longest man on the blanket Sam Millar.

Directed by fellow North Belfast man Martin Lynch the play tells the story of two brothers - one a dissident republican, the other a Sinn Féin MLA - who come together to bury their father. Despite their mother’s pleas to let their father rest in peace, old resentments and family secrets rise to the surface in the look at the divisions in modern-day Republicanism.

The celebrated New Lodge author and playwright said although the play may be seen as controversial to some, its subject matter had to be highlighted.

“The play will be controversial, there are a few things in there some people night raise their eyebrows at,” he said.

“For example one of the characters asks why is it always the Enniskillen bomb that is mentioned and never McGurk’s, but I believe things like that need to be said and not swept under the carpet.

“I am a republican, I am not going to say what side I fall on, there are people out there who do not support the Good Friday Agreement and people say those people have no support, but they wouldn’t be going if they didn’t have support from somewhere. I don’t think this can be brushed under the carpet.”

Born and bred in the New Lodge Sam attended the Christian Brothers school in Donegall Street before going on to St Patrick’s College on the Antrim Road. At the age of just 16 he was in Long Kesh, where he spent six and a half years on the blanket protest.

He was convicted in 1994, along with Irish-born priest Pat Moloney, of stashing $2m in a New York apartment. He was sentenced to five years in prison and transferred to Maghaberry in 1997. He was released in November that year.

His amazing life story is told in his celebrated memoirs On the Brinks, which were due to be turned into a Hollywood film before political pressure caused the studio to withdraw the plans.

Sam said after his years of success as an author and playwright, earning himself rave reviews and best selling books all over the world, he felt the story of the troubles within the republican family need to be told.

“I think the play looks at this without ramming it down people’s throats, the division within republicanism is boiling there under the surface and I think the play, rather than bringing out violence, is like lancing a boil. Maybe people who have opposing views on this can sit down and laugh together and realise they are brothers, that the common enemy was the British and not each other.”

He added that the play, as with much of his work, is a personal journey of his own feelings and experiences.

“My brother and I are both republicans, we both have different ideas about how Ireland should be free,” he said, “so I suppose it is very personal.

“Writing is definitely cathartic for me, it is great therapy. I see former prisoners who have been deeply affected by what they went through and I think that I am one of the lucky ones because I could get it all out with my writing.”

The acclaimed author has just signed a contract with Ireland’s biggest publishers O’Brien Press and will soon start work on his new book. He also hopes his new publishers  might be able to republish On The Brink, which was a run away success and started his career in the literary world.

Sam said that if the best selling books, critical acclaim and numerous accolades prove one thing, it is that with determination and drive to succeed you can achieve your goals.

“I always wanted to be a writer but I never believed I would be as a working class guy who never got many chances,” he said.

“But I would go into schools now and tell kids that don’t let anyone tell you no, don’t let anyone hold you back. My life experiences are not necessarily of someone who would go on to be an author, but it shows you you can do anything you want if you put your mind to it.”