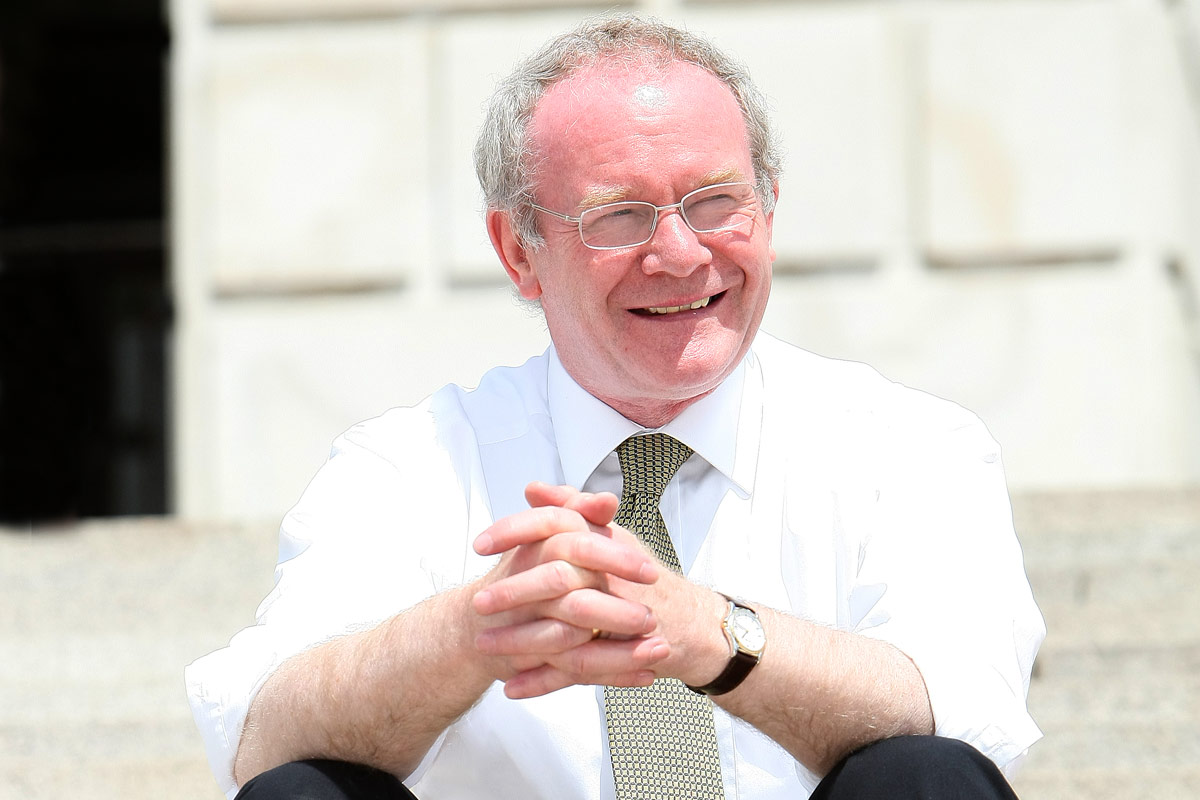 Anything happening west of Londonderry and south of Newry is normally broadcast kryptonite as far as Ormeau Avenue is concerned. They reported that Hurricane Katia, for instance, made landfall at Londonderry when it recently arrived on our shores after blasting its way across the broad Atlantic; similarly, their traffic and travel reports observe the border with a rigid discipline that traffic and travel themselves happily disdain.

Ah, yes, but Martin McGuinness has entered the Phoenix Park Handicap Hurdle and he’s a man from

Noel ‘n’ Alan and therefore we are right to display a lively interest in what the ‘Irish people’ think of it all; moreover, he’s deputy First Minister (or was) and that means we jolly well have a duty to cover the forthcoming race.

Well, President Mary McAleese is famously from Noel ‘n’ Alan too and while she wasn’t deputy First Minister when she was first elected in 1997, she was an extraordinarily high-profile and well-known figure. How high-profile and how well-known? Let’s see now…  she was a director of Northern Ireland Electricity, a director of the Royal Group of Hospitals, a director of Channel 4, a member of the Catholic Church delegation liaising with the Commission on Contentious Parades; oh, and Pro-Vice Chancellor of Queen’s University. Now that’s the kind of CV that an oik from Lenadoon like Squinter can only dream of. But when someone suggested at an editorial meeting that the stops be pulled out to cover this momentous development, an awkward silence spread across the newsroom before somewhere in the far distance a single churchyard bell sounded.

Great to see things changing for the better, isn’t it? Maybe next week they’ll even start mentioning the Falls, the Shankill and Andersonstown roads on their traffic reports; but let’s not get too far ahead of ourselves, eh?