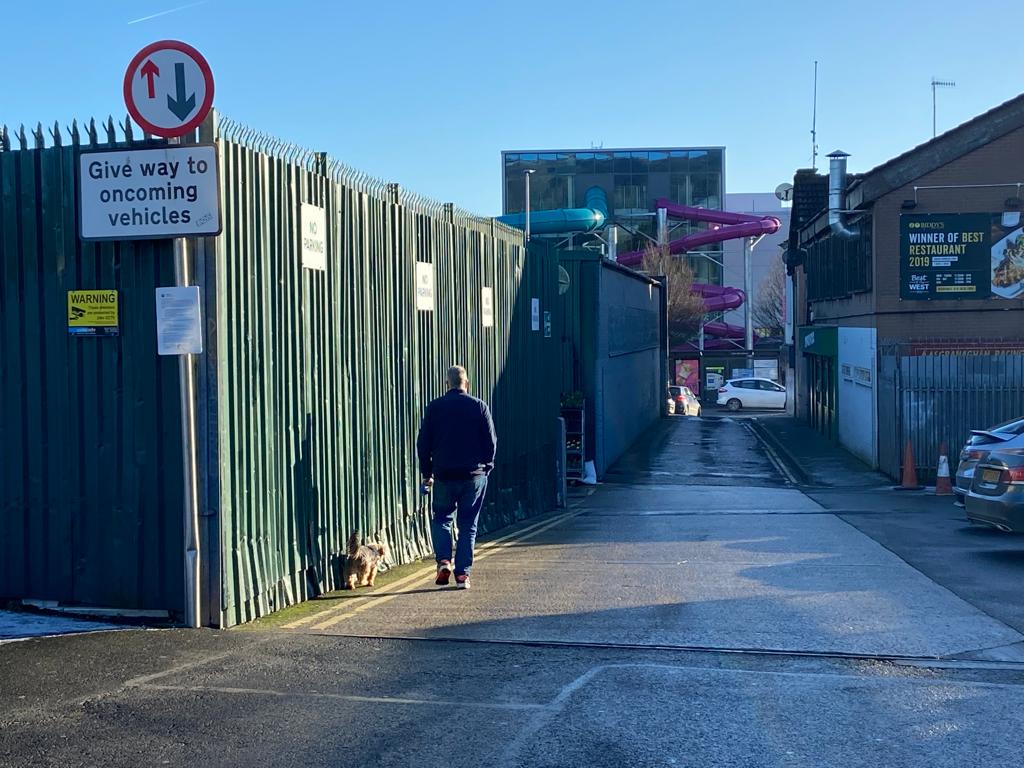 INJURED: Six people sustained injuries in the collision ranging from scrapes and bruises to a broken hand

A 19-YEAR-OLD man has been released on police bail after he was arrested on suspicion of dangerous driving causing grievous bodily harm, following an incident in the Andersonstown Road area on Wednesday night.

Footage circulating on social media shows a white Vauxhall Astra performing 'donuts' on the ice covered car park behind shops on the Andersonstown Road before striking six pedestrians as they made their way through the car park.

A PSNI spokesperson said: "A report was made to police around 9.40pm of a car which had struck six pedestrians. It is believed the vehicle had been performing 'donut' manoeuvres in a car park in the Andersonstown Road area before the collision occurred.

"Northern Ireland Ambulance Service attended. The injuries sustained by the six people ranged from cuts and bruising with one teenager receiving treatment for a broken hand.

"The man arrested has been released on police bail to allow for further police enquiries. Anyone with information or who witnessing the white Vauxhall Astra in the area at the time is asked to contact police on 101 quoting reference 1873 18/01/23."