Tennyson happy to be on the light path 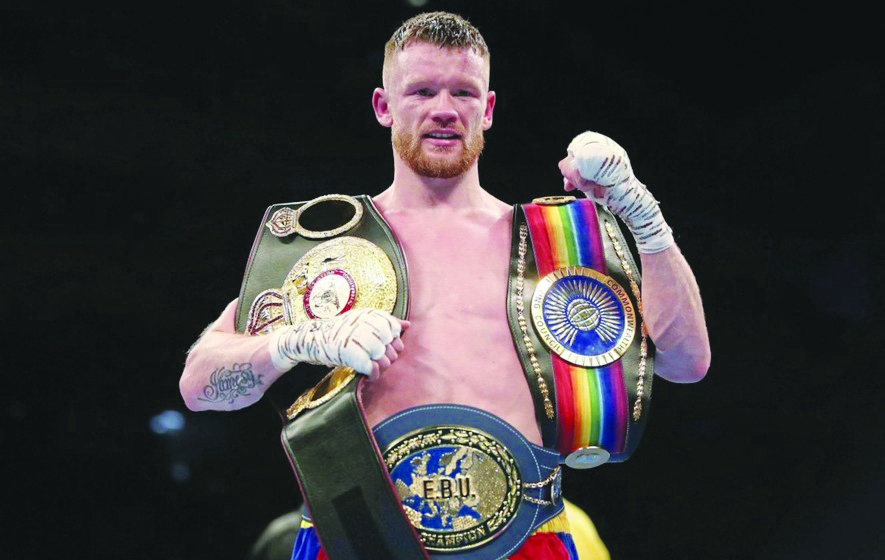 JAMES Tennyson believes his move up to lightweight has brought the best out of him and feels his power will be a decisive factor when he faces Gavin Gwynne for the British title at Matchroom Boxing HQ in Essex on August 1.

‘The Assassin’ has convinced since stepping up in weight following his world super-featherweight title loss to Tevin Farmer in Boston back in 2018, stopping all four opponents since, and will travel to Matchroom Fight Camp determined to claim the Lonsdale Belt and make it a clean sweep of the domestic and firing titles before planning another assault on world honours.

The Poleglass power-puncher lost out in a bid to claim the British featherweight title against Ryan Walsh back in 2016 in London when making the weight again proved his undoing, but fit and strong at a more natural 135lbs, Tennyson believes he is now primed to stamp his authority on the division.

“The Tevin Farmer fight was one too many doing the weight,” he admitted to Matchroom Boxing.

“I’m a natural lightweight now. It’s not a push or a struggle to do the weight - I’m comfortable. I’m feeling strong, fit and healthy at the weight and things have gone from strength to strength with four straight knockout wins. The move up in weight has done me good and everything is going well so far.

“Once I win the British title I have the full deck, so all that will be missing is the world title.”

Lockdown has thrown up challenges for all sportspeople, but boxers in particular, who have had to wait to get back into a proper camp with sparring.

The Belfast man has enlisted the help of Monaghan brothers, Stephen and Aaron McKenna, to prepare him to face Gwynne in two weeks’ time and feels working with the siblings who have benefitted from their time out in the United States has added a new dimension to his game as he aims to complete the set of British, Irish, Commonwealth, European and International titles.

“We’ve got ideal sparring in Stevie and Aaron McKenna,” he confirmed.

“Those boys are sparring with top-10 rated world fighters every other day of the week, so I’m really grateful to get the sparring with them because there aren’t a lot of lads at the minute who are ready for sparring with what’s been going on.”

Tennyson’s raw power has been a feature of his career having stopped 22 of his 26 victims and his recent run has proved that his heavy fire travelled up the weight with him.

The Belfast man is never in a dull fight with his all-action style making him one of the most exciting around, but stressed that he is not travelling to England with only a stoppage in mind.

Instead, he says he will bide his time and should the opportunity arise, he will be more than ready to take it.

“My record shows I’m one of the hardest hitting lightweights in the division,” he agreed.

“Every fight, I’ve prepared very well and prepared for 12, hard rounds. But of course, I’ll always be looking for that moment where you can just call the fight (off). My experience and my power will be a big factor in the fight. It always presents itself, just a matter of when and when that opportunity arises - either round one or 12 - I’ll pounce on it.”