The tweet life: new book by Adams is a personal insight 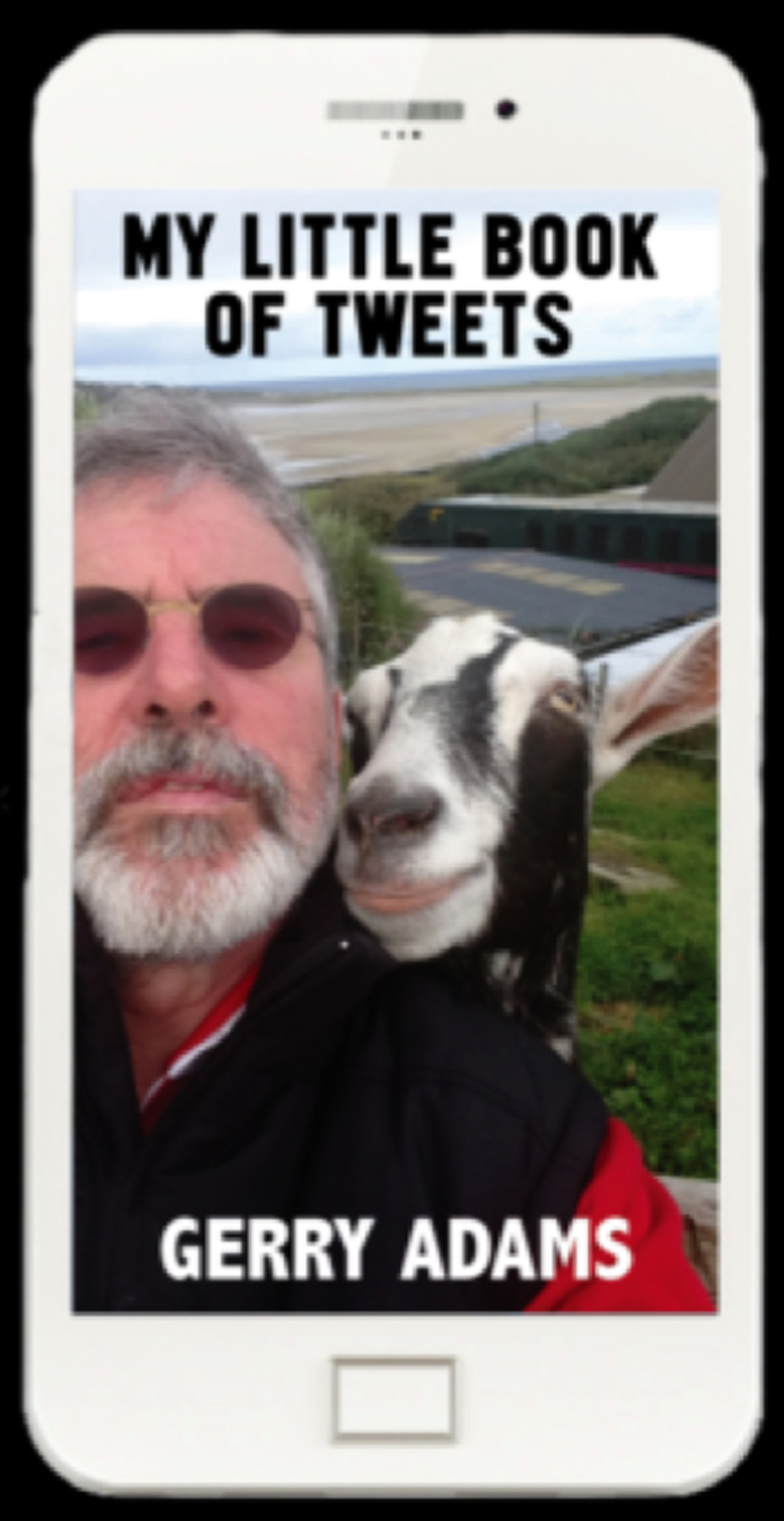 The cover of Gerry Adams’ new book, which is launched at the Kennedy Centre on Saturday

AFTER three over years of adventures on Twitter, where he has attracted a following of 98,000 people, Sinn Féin President Gerry Adams is preparing to launch a book of his best tweets this weekend.

The former West Belfast MP will be at the Kennedy Centre this Saturday for the launch of My Little Book Of Tweets, published by Mercier Press.

It has been three years since Mr Adams’ first tweet about being left high and dry with no keys and no car – a tweet that sent the world of social media into a frenzy wondering whether the account was real or not.

It was real and it is real – it even has the all-important blue verification tick on it. And some of the tweets Mr Adams has posted since have been just as unconventional as his first: he tweets about his ducks, his pals, food and trips to the barbers. It is the very ordinary content of his posts that has people hooked waiting in anticipation for what’s coming next.

In his blog in this edition of the Andersonstown News, Mr Adams details exactly what it is he loves about Twitter.

“I like the independence of tweeting,” he writes. “I like its immediacy. I can tweet a photo or a comment and within seconds there are responses and retweets. I like the fact that no-one is looking over my shoulder. No editor is scrutinising the words.

“There is no interpreter, no person in the middle putting his or her spin on what I or other Sinn Féin activists are saying or writing.”

The freedom he enjoys on Twitter has earned him a massive fanbase across the globe and if you aren’t already following him, why not? You can get following on @GerryAdamsSF, but if you want to see what you’ve been missing this past three years, this is the book for you.

Almost totally devoid of party politics, My Little Book of Tweets is a mix of observations and adventure, wry commentary and random twitterings. From housework to Pilates to walking into glass doors at Dublin Airport. It’s a book about life as Gerry Adams lives it. The book shows the lighter side of Mr Adams’ personality and allows the reader some insight into his private life. The inevitable ‘selfies’ are included showing that many years experience of politics have taught him not to take himself too seriously – and this book proves he’s not afraid to act the eejit.

Mr Adams will be launching My Little Book Of Tweets this Saturday at the Kennedy Centre at 1pm.