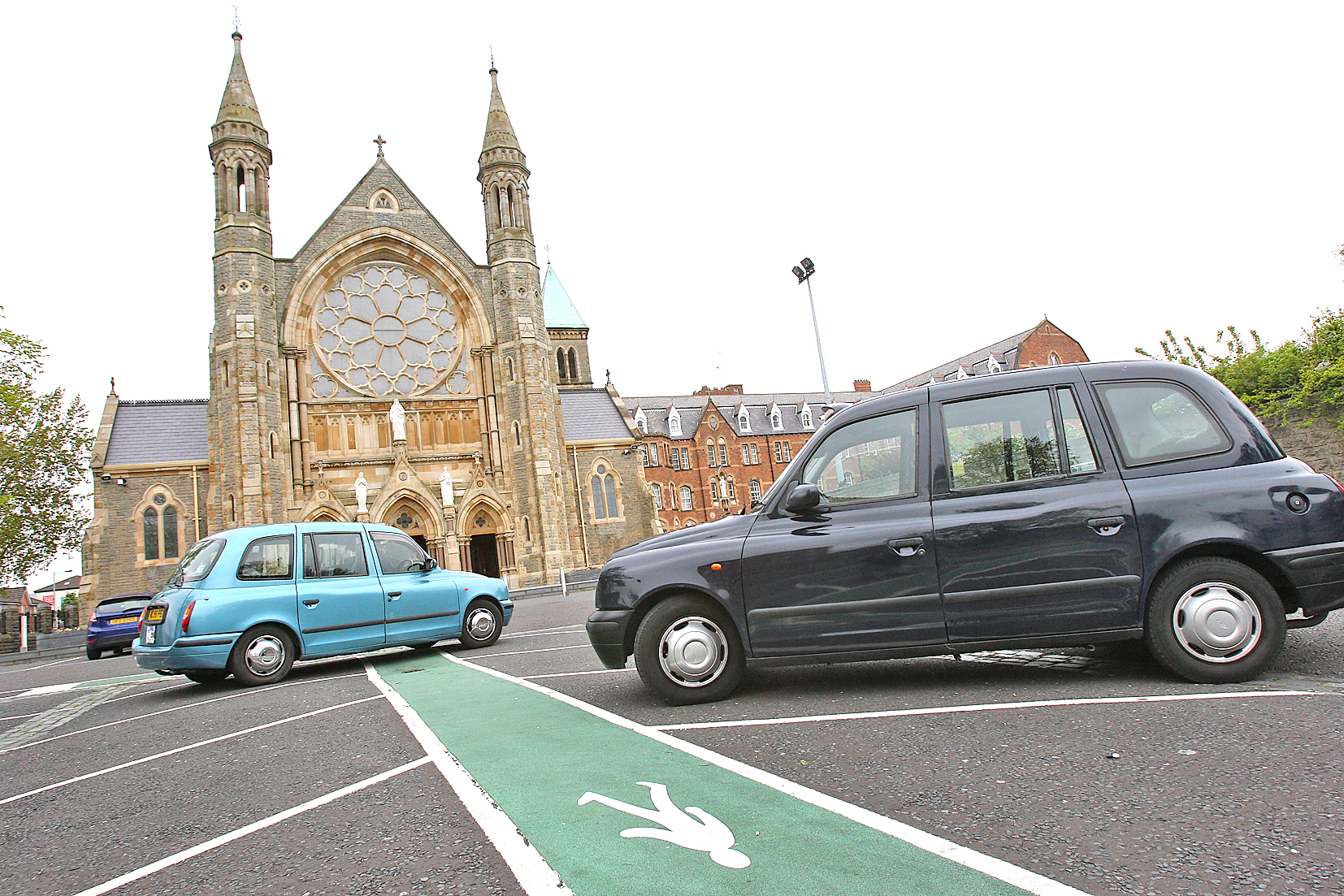 Thousands of tourists flock to West Belfast every year to see some of the area’s best known landmarks on the Falls and Shankill Roads.

Every day hundreds of visitors can be seen at the international wall, the peace line and the Somme memorial taking pictures and hearing from local tour guides about West Belfast’s long and colourful history.

But is there anything there for a local to learn? And what exactly are foreign visitors being told, not just about the Troubles but also about Belfast today?

The West Belfast Taxi Association’s Taxi Trax tour invited Daily Belfast out to take part in a tour. Our driver and guide, Sean, explained that drivers are from both communities and comfortable taking interested tourists to both sides of the peace line. He said there are well-known sites they will take tourists to – the international wall, Bobby Sands mural, the Somme memorial and the Shankill estate murals – although tourists can and do often make specific requests to go to a lesser-known site they are interested in.

“We start the tour by telling them the tour is as unbiased as possible, we tell them the stories from both sides,” Sean said. “You’ll maybe get people who have done the bus tour and who want to get off the main roads and want to get into the districts and learn more. Some might have a bit more knowledge and have somewhere specific they want to see so we help them with that. Others just want to see as much as they can.”

Sean has given tours to people from all over the world and rather closer to home – recently in his cab he had visitors from Uruguay and group all the way from Cavendish Street.

The tour begins at the gateway to the Falls Road – Divis. Sean gives visitors an overview of the start of the Troubles, pointing to the first glimpse of the peace wall and telling the story of the deaths of Patrick Rooney, the first child killed in the Troubles at the age of nine, and Hugh McCabe, the 20-year-old Catholic soldier who was murdered while home on leave.

“Telling the story of their deaths is very emotive,” said Sean. “People are very moved when they hear about Patrick Rooney’s death and also surprised when they hear that the first soldier killed in the Troubles was killed by the RUC. It’s a contradiction they don’t expect.”

After stopping at the former St Comgall’s school to look at the walls scarred by bullet holes from 1969, the taxi makes its way to the nearby international wall. With half a dozen taxis already lined up and small crowds of tourists taking pictures, it is clearly one of the most popular stops on the tour.

“People are very interested in this, not only because it has so much of our own history and recent events and campaigns but because it takes in issues that resonates with the Basques, Palestinians, Native Americans. It is a big draw.”

The crowded pavement is filled with accents from all over the world, people taking pictures and asking questions of their guides. But what’s the reaction of local residents to this non-stop convoy of Troubles tourists?

“People don’t mind at all. I’ve never had a bad reaction. The people living in these houses we stop outside have never complained about it. People on the street are positive about it. People will walk past and joke ‘Make sure you’re telling them this story or that’ – but it’s all in good humour.”

After a stop at the Bobby Sands mural at the Sinn Féin Sevastopol Street office and then on to Bombay Street,, where the conflict raged particularly fiercely in August ’69, the taxi makes its way over the peace line on to the Shankill side of the wall. Crowds of tourists are scribbling messages on to the wall, which on this side is decorated with tributes to the area’s industrial heritage and the sacrifice of local people in the two World Wars.

“It is estimated that eight million people have visited this wall,” said Sean, “the Dalai Lama and Bill Clinton among others. It has become a real focal point for people on the tours.”

Then it’s on to the site of the 1975 Bayardo Bar bombing before moving to a recently erected mural paying tribute to the late Alderman Hugh Smyth. Nearby are UVF murals, which gives Sean the chance to explain to his passengers the difference between the main loyalist paramilitary groups. The tour also takes in the site of the 1993 Shankill bomb and, of course, the Somme Memorial.

“We explain to visitors the incredible impact the Somme had on the Shankill. 760 men from the district went to fight and only 70 came home. We also show them the walls dedicated to the royal family and explain how important they are to the people here.”

The tour ends in the Shankill estate with more loyalist murals, including one known as the ‘Mona Lisa mural’ depicting a balaclava-wearing man with a pointed gun.

“They call it the Mona Lisa mural because no matter where you are in the street the gun points at you, like the eyes of the Mona Lisa.”

There is also a mural dedication to the ‘1969 Gold Rush’.

“This tells the story of when Victorian houses in Israel Street were knocked down. The houses had once been lived in by members of the business community who moved out to the Antrim Road. When the houses were demolished and local kids were playing in the rubble they found bits of gold that had obviously been hidden away and then forgotten about. It’s known as the 1969 Gold Rush in the area,” smiled Sean.

The tour ends at the Shankill estate murals before completing the circle back in Belfast city centre.

Sean said he has no issue working both sides of the peace line, with drivers from both communities offering tours.

“We keep to the facts as much as possible and let people make up their own minds. It’s fine going in between both sides. People know why we do it and are supportive.”