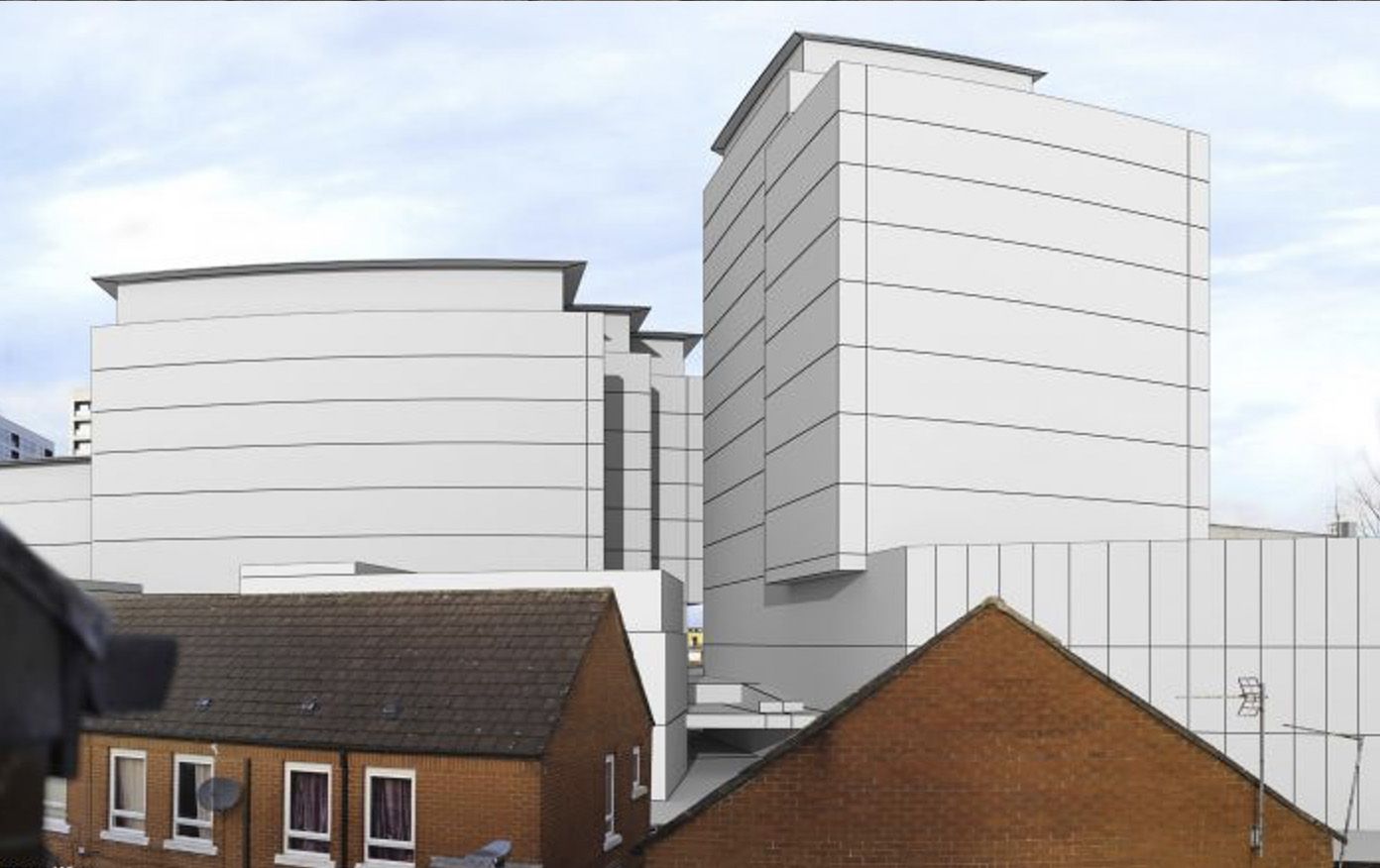 OVERSHADOWED: How the highrise will impact on homes in the Market community

Residents in the Market are relaunching their campaign against plans for 14-storey skyscraper which is set to go before the Belfast City Council planning committee next week.

Planning permission for the £55 million office block on Steward Street was originally granted in 2016. However, in May 2018 it was quashed in a Judicial Review taken on behalf of the Save the Market campaign.

The building was further discredited in a report by the Ministerial Advisory Group (MAG) – an independent expert panel – in November 2018.

The report noted that the highrise would compromise community plans for the redevelopment of the nearby Lanyon tunnels and “prevents direct access to the tunnels entrances”.

Tracy Conlon of the Save the Market campaign said that “residents were horrified to discover they are once again being dragged back to planning on this.”

“We were vindicated by the MAG. How many more hurdles have we to overcome before this threat to our community is gone?”

Fionntán Hargey of the Market Development Association added: “Residents are rightly angered at this.

“At a time when the pandemic has taken a critical turn and everyone is preoccupied with staying safe, the community is put in a dangerous position of having to organise against this discredited proposal.

“We call on planners to recommend a refusal for this scheme, and for councillors on the planning committee to refuse it also.”

Hundreds of residents have also signed letters of objection, which will be submitted prior to the planning committee meeting.