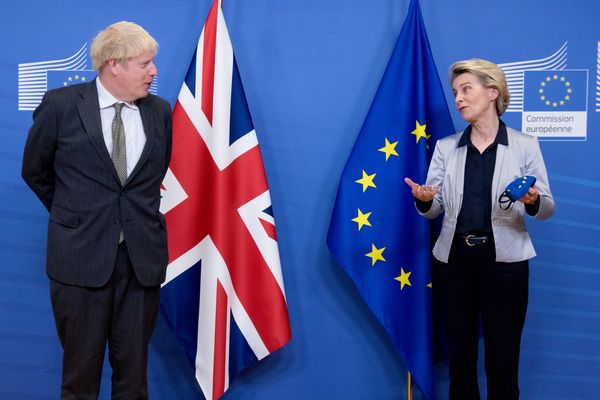 IT feels like we are at a tipping point, or at least a crunch point – again. It is often said that the Johnson government has no real policies but just an agenda based on culture wars and issues that are simply designed to polarise opinion, so-called “wedge issues”: selling Channel 4, promoting imperial units and the union flag, denying racism, protecting statues, routine attacks on the BBC, “lefty lawyers” and judges – note the defamation proceedings issued in the wake of Brandon Lewis’ latest attack – and generally purging institutions of the ideologically “unsound”.

Much of this is said to be about Tory party in-fighting and saving Johnson’s skin and his “delusional” ambition to continue in office for a third term. But from the perspective of Ireland, North and South, this is to misread what the British government is up to and the threats it poses.

There are 19 government bills in the current session of the Westminster parliament. Five of these directly concern the North. Three of them are well known: the NI Protocol Bill (NIPB), the NI Troubles (Legacy and Reconciliation) Bill, and the Identity and Language (NI) Bill. As Belfast Media Group reported, the Legacy Bill “cannot be made human rights-compliant”. Evidence to the NI Affairs Committee (15 June) also described the Bill as incompatible with the European Convention on Human Rights and therefore yet another attack on the GFA (see hearing at 10:41:17 a.m.).

CAJ Deputy Director advises @CommonsNIAC that the clear purpose of the legacy bill is to stop all proper investigations, is not fixable and will create harm far beyond our borders. Attacks on the legal profession of deep concern. pic.twitter.com/q5XddJMEbV

There is also Dominic-I-haven’t-read-the-GFA Rabb’s Bill of Rights which the Human Rights Consortium has described as "a power grab on an epic scale" that will violate the GFA's basic human rights guarantees.

A rights removal bill" that would "undermine and diminish" the current application of human rights law. Coverage in today's @irish_news of our concerns on the UK Govts #RightsRemovalBill #HandsOffOurRights https://t.co/rhE1GbRFiW

The North also has a section in the National Security Bill which is aimed at controlling “foreign interference” with the affairs of the UK and which could put a question mark over cross-border cooperation.

Was just asking @bricksilk whether Ireland could be considered a *hostile state* for the purposes of the proposed National Security Bill* if they objected to NIP being torn up (or, come to think, the US). QUB prof has history on her (his) side 🤷😔https://t.co/rwpa2UTFqc

But let’s focus on the Protocol Bill which is generating so much heat politically, economically, legally and constitutionally, coinciding as it does with the sixth anniversary of the Brexit referendum. As has been widely reported, this Bill trashes the withdrawal agreement, an international treaty signed only two years ago, and provides the British government with sweeping powers.

Ten of the Bill’s 26 clauses give ministers free rein to introduce regulations for anything considered appropriate in connection with the protocol, or other parts of the Withdrawal Agreement, or the NIPB itself. The Bill proposes a dramatic decline in parliamentary scrutiny, described as “breathtaking” by the Hansard Society. The most charitable interpretation of the Bill is that it provides ministers with maximum flexibility because they still don’t know what to do to resolve Brexit’s Irish question.

So, we’ve had an initial look at the delegated powers in the #NorthernIrelandProtocol Bill. In short, they are quite breathtaking. 🧵 #NIProtocol #NIP 1/

The less charitable interpretation is that the British government has decided to do its own thing, regardless of the consequences for Ireland and regardless of Britain’s relationships with the EU and US. As many have argued, the NIPB involves a pre-emptive strike against the Assembly vote on the protocol due in 2024 which would most likely keep the protocol in place. Having planned to break international law “in a specific and limited way” over the Single Market Bill two years ago, the British have now launched a full -blown assault, on spurious grounds of “necessity”, as explained in this Financial Times video and elsewhere.

Pleased to have a letter with Lord Anderson (@bricksilk) and Lord Pannick in today's Times on the unlawfulness of the Northern Ireland Protocol Bill. https://t.co/bdzjqdFt2P pic.twitter.com/fGsmzUx7LS

It is clear where this could be heading: if the EU wants to police its single market for goods, then that’s the EU’s problem. It can do that either at the land border across Ireland or at Irish ports interacting with continental Europe. The dreamworld of latter-day colonially-minded Tories is that Ireland can be sucked back into Britain’s sphere of influence.

In the space of two years, the famous oven-ready deal has gone from being celebrated as the triumph of Johnson and chief negotiator David Frost, to being in need of wholesale unilateral remedy. It turns out Brexit isn’t quite done. Poor Frost was “treated brutally” into agreeing to trade frictions between Britain and the North which the EU has been uncompromising about. So Frost stormed off to the House of Lords to snipe from the sidelines and now, apparently, harbours ambitions to be an MP, or even the PM.

The DUP did a similar about turn. Both Arlene Foster and Jeffrey Donaldson initially welcomed the withdrawal agreement and protocol as a “gateway of opportunity”.

But then, for whatever reasons, there was a change of heart. The new narratives became: the protocol does not have the consent of unionists; the role of the European Court of Justice must be removed; and the protocol violates the GFA – this from the party that opposed the GFA. Also, because of the protocol, people in the North were no longer 100 per cent British and the growth in cross-border trade represents a slippery slope to Irish unity.

The most important debate about the protocol is over its economic affects. As the evidence of damage to Britain piles up – the devaluation of sterling, the hit to GDP, the decline in investment, the sharp drop in EU/British trade, labour shortages – the argument in the North has taken a dangerous turn.

There are two aspects to this. The first is “post-truth” politics in which facts are misrepresented, downgraded or ignored in favour beliefs. In his 2017 book, “On Tyranny: Twenty Lessons from the Twentieth Century” (a response to Trump’s style of politics), Yale historian Tim Snyder’s lesson number ten is, believe in truth: “To abandon facts is to abandon freedom. If nothing is true, then no one can criticize power”. He warns that “post-truth is pre-fascism”.

When Johnson responds to questions about the Rail, Maritime and Transport workers’ strikes in Britain by talking about train drivers’ salaries, this is post-truth politics. Train drivers are represented by ASLEF, not by the RMT (whose leader, Mick Lynch, counts James Connolly as one of his heroes).

@DavidGHFrost full answer and @anandMenon1 full question to avoid accusations of taking it out of context pic.twitter.com/C2gyWHv01L

The second danger comes from the intimidation of people in the public eye whose experience and evidence contradicts the “scrap the protocol” position. Death threats against Stephen Kelly of Manufacturing Northern Ireland are the latest example.

So when the evidence is that the protocol is working, and can be made to work better, why is it that some people believe their interests lie in scrapping it, and a few even back that with violent threats? You can’t eat a flag, as John Hume used to say, so what’s in it for them?

Maybe what the flag provides is enough for some people. When Frost meets with members of the LCC, he is validating a belief in the superiority of their British identity. It is not surprising that some see parallels with Trump and his supporters, whose legacy in rolling back women’s rights is now very plain to see.

The point we have arrived at is that the British government’s legislative programme, whether by design or not, is in the process of undermining the GFA. In so doing, it is aligning itself quite openly with the minority of anti-GFA parties and voters in the North.

Johnson is lying when he claims the bill to kill the NI Protocol is designed to save the Good Friday Agreement. A thread explaining why he is trying to mislead and why this bill in fact threatens the peace process 1/10 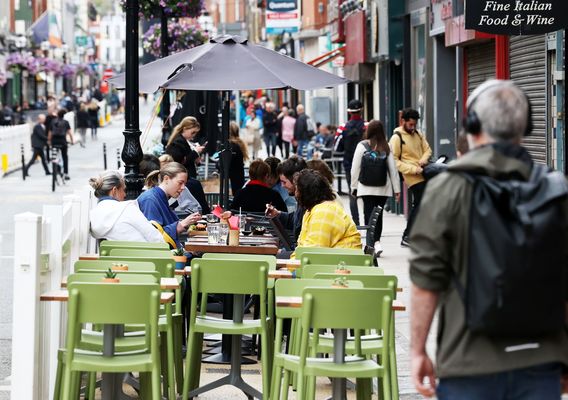