Tom's books on Belfast cemeteries are back in print 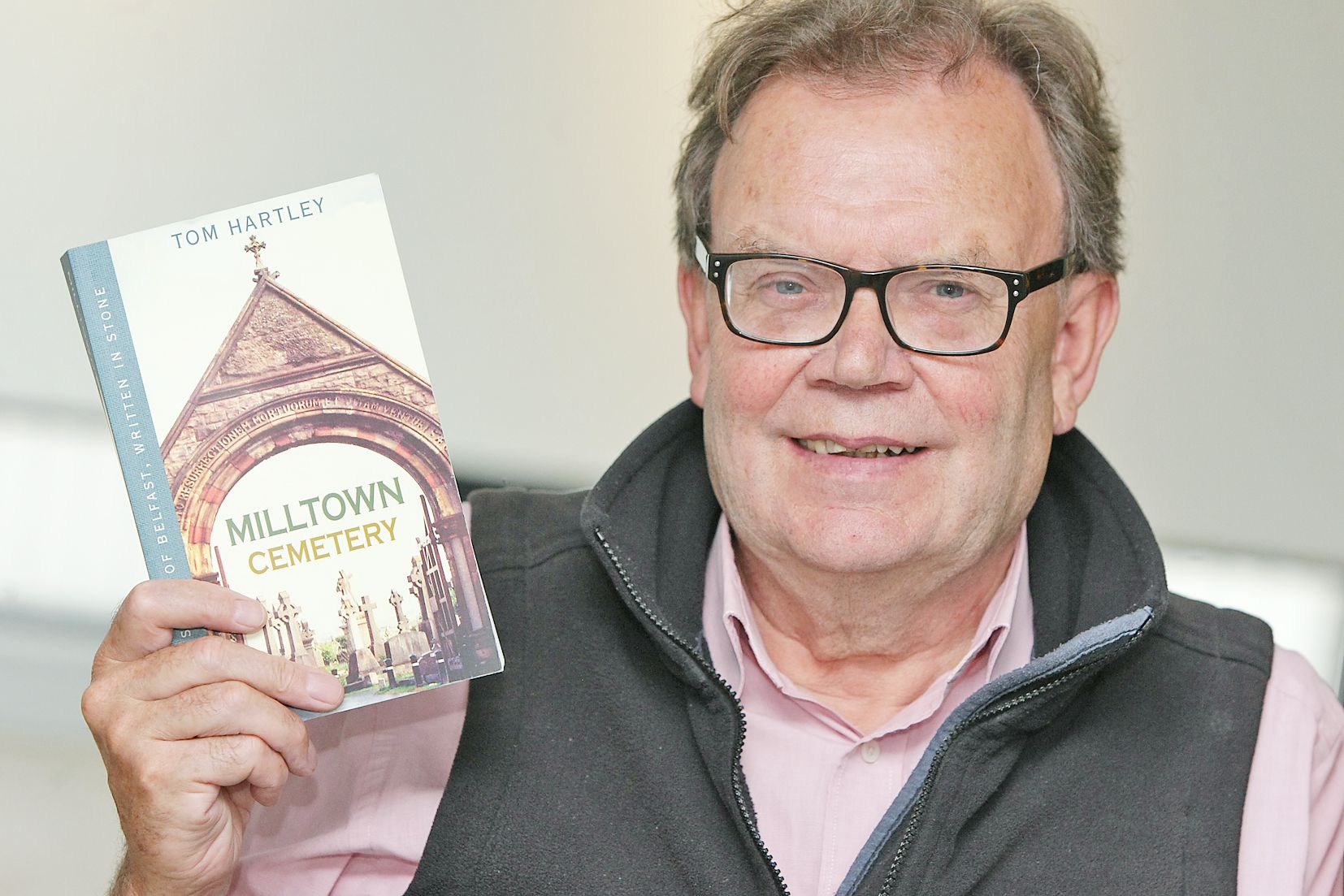 READ ALL ABOUT IT: Tom Hartley's three books on Belfast graveyards are available for purchase

TOM Hartley’s three books on Belfast graveyards are back in print.

The former Belfast Lord Mayor is the leading authority on the cemeteries of Belfast, and for 25 years he has researched and written the story of the city and its people by exploring the rich history of these landmark burial grounds and the extraordinary men and women who lie within their walls.

From the dynamic industrialism of the Belfast Protestant community explored in Belfast City Cemetery, through the political narrative of the Belfast nationalist community found in Milltown Cemetery, to the history of change and tensions within Presbyterianism detailed in Balmoral Cemetery – these three books are invaluable sources of information for anyone who wants to know more about Belfast’s history, people and politics, as well as those exploring their own family stories and connections with the city.

All three titles are now back in print and available to purchase.

Tom Hartley uses Belfast City Cemetery to examine key events in Belfast’s history – the First and Second World Wars, the Troubles, the campaign against Home Rule, and the Dockers' Strike of 1907, as well as the development of shipbuilding and other industries, the political and social life of the city, and the careers of the many writers, artists, entertainers and sportsmen.

Milltown Cemetery, the burying ground for the Catholic community in Belfast for almost 150 years, is one of Belfast’s most significant landmarks. Thousands of people visit every year, some to reconnect with their family history, others drawn to the extraordinary stories of the people buried there.

Mill workers, labourers, clergy, Italian immigrants, victims of the Blitz, soldiers of the First and Second World Wars, political activists, IRA volunteers, republicans, victims of the Troubles – Milltown’s graves are a historical record of the social, religious and political life of Belfast over two centuries.

Balmoral Cemetery tells the stories of the academics, scientists, politicians and political activists who exemplified the drive and industry of nineteenth-century Belfast – people such as author and philosopher Joseph John Murphy, scientist and agriculturist John Frederick Hodges, and suffragist and temperance advocate Isabella Tod. Through these stories – and those of ministers such as Revd Henry Cooke and Revd Hugh Hanna, both buried in Balmoral – Tom Hartley uncovers the dynamic history of Presbyterianism: the meeting houses, congregations and schools, many of which were woven into the fabric of Belfast but have since disappeared.

Tom said: “My three books, on Milltown, Belfast City and Balmoral cemeteries are going back into print. They’re bringing the three books out now as a package.

“The books have been sold out now for some time, particularly the Milltown and City Cemetery ones, and when I look up on Amazon I’ve seen some astronomical prices being asked for the books, which indicates there’s still a demand for them. You also can’t find them in bookshops because people also use them as a reference book and hold on to them.

“My most recent book, on Balmoral Cemetery came out in 2019 and quickly sold out, so it is good to see that it is now going to to be available along with the others as part of a series, available from Blackstaff Press.”

All three books are published by Blackstaff Press and priced £14.99 each.