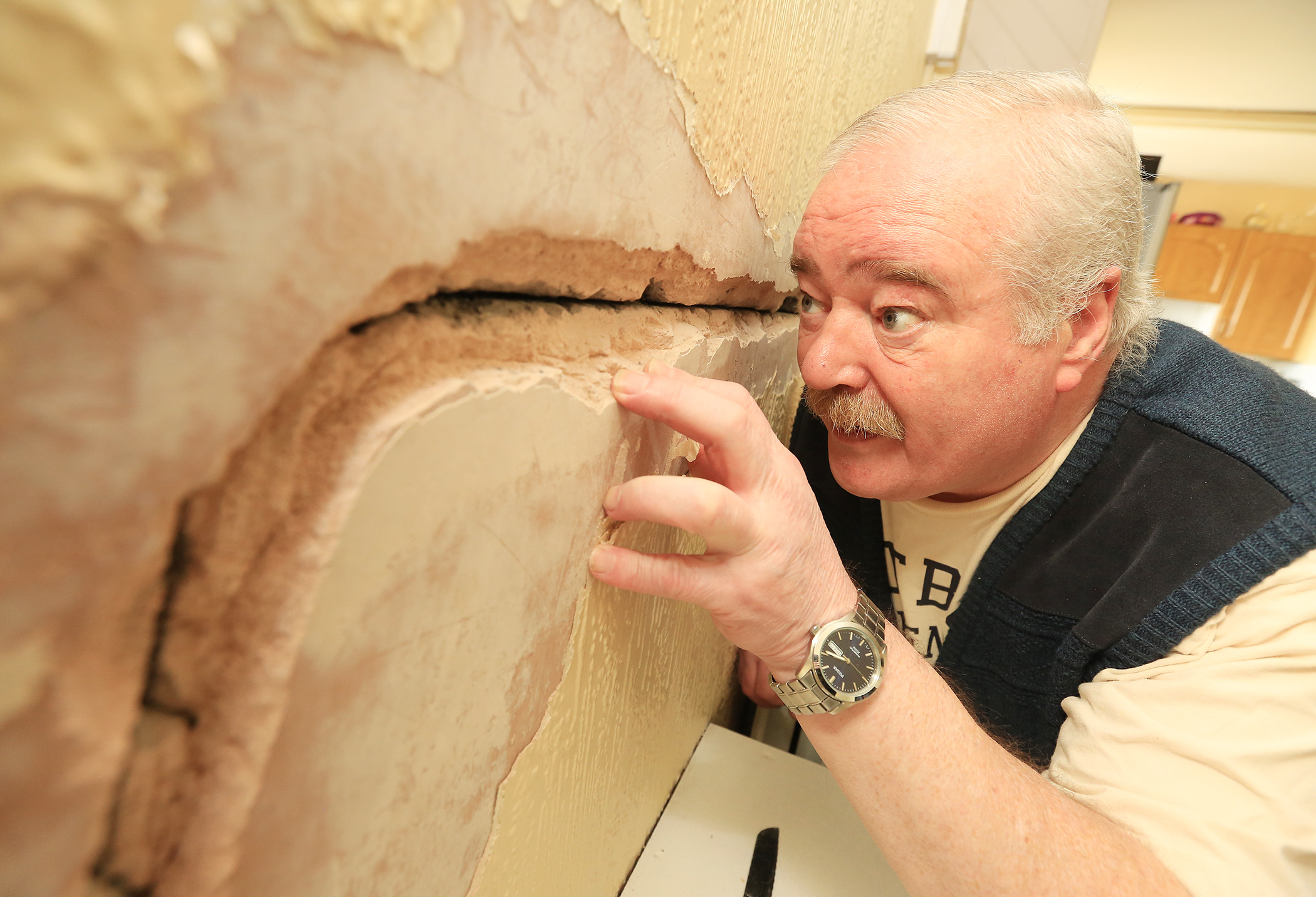 A man living in a sheltered housing development in North Belfast says serious questions need to be asked about the structural integrity of a building housing up to 36 residents after he uncovered a five-and-a-half-inch-deep crack in his wall.
Tommy Flanagan said that he has serious concerns about his safety and the safety of other residents after he discovered the deep crack at his flat in Kinnaird Close.
Despite notifying Helm Housing about the problem he said that no action has yet been taken to fix the problem, which also spreads in behind his gas boiler.
Mr Flanagan is currently the chairman of the residents’ association at the sheltered housing development and is no stranger to dealing with Helm in regards to resident and communal problems.
However, he said he’s shocked that a problem as serious as his has been left unaddressed for so long and appealed to Helm to do something immediately.
“It’s not clear how long the crack has actually been there and in that condition,” he said. “The walls have been papered since I moved in here around 12 years ago but shortly after Christmas I stripped the wallpaper because I wanted to refurbish the room.
“When the wallpaper came away, two different shades of plaster board, which had obviously been used to just fill the gap, also came away.”
Mr Flanagan said he only realised how serious the situation was when a decorator he planned to employ refused to work on the wall.
“I contacted Helm and since then they have had maintenance men and contractors out to look at it. Three weeks ago a structural engineer called to my home and that was the last thing I have heard. I can fit a kitchen knife right into this gap and touch the outside cladding and at night time the room cools down dramatically, so I know I’m not imagining the severity of the problem,” he added. “I just don’t think Helm do and a major concern would be if this problem spread further than my flat.”
A spokesperson for Helm Housing said: “An inspection and survey was undertaken on the property on April 7. The report has been received from the consultant engineer in the last few days and actions to repair the cracks and cosmetic defects in the wall will be scheduled as soon as possible.”