Totting up the tots provides a glimpse of all our futures 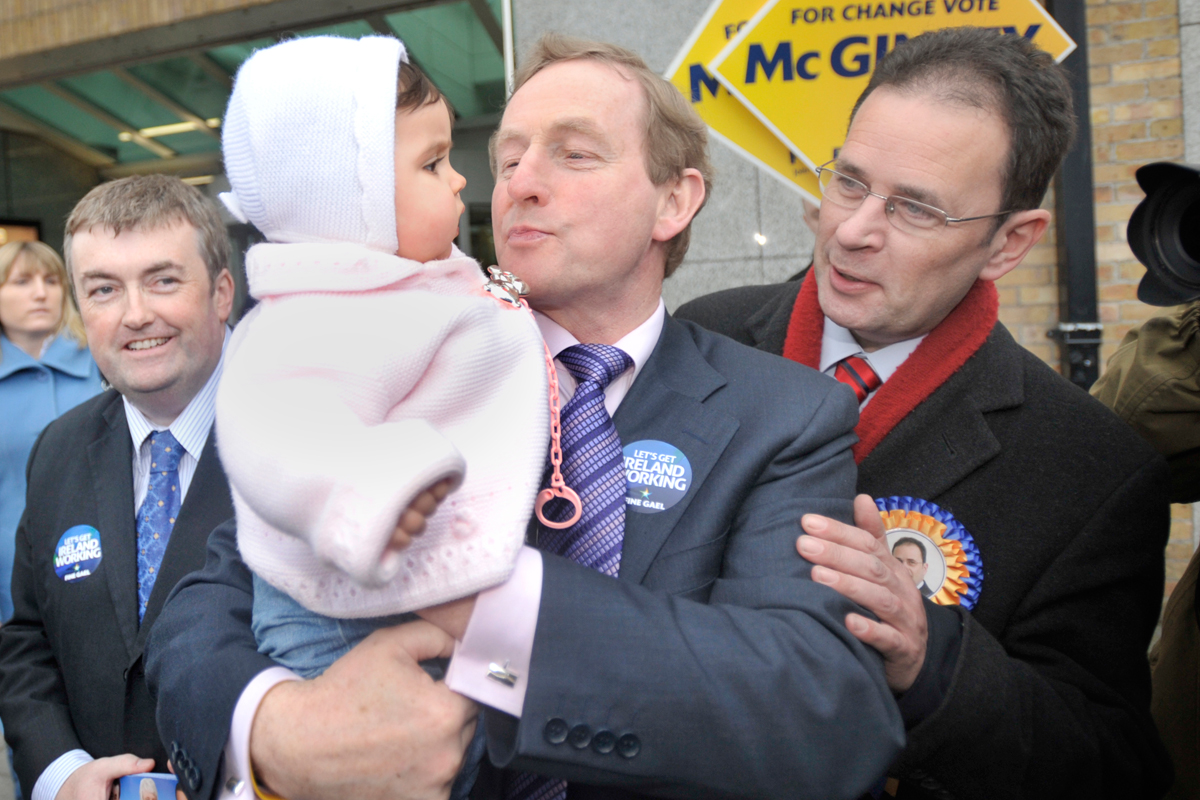 Funny how religion and politics can criss-cross.  Here we are in the mouth of Christmas which celebrates the birth of Jesus with all its implications, and within days of that feast the Economic and Social Research Institute in the south has come up with some new and slightly startling research about babies. According to the ESRI, the calculations about fertility made by the south’s Central Statistics Office are completely off-mark.

What the CSO eejits have done is, they’ve confused two things: women postponing having babies at a later point in life and women having no babies at any point in their lives. “The official figures appear to have mistaken a delay in childbirth for a reduction” a spokesman for the ESRI says. As they see it, there will be about 400,000 more babies born “in the coming decades”. So while other countries in Europe are struggling to keep their population replenished and avoid having too many oldies and not enough youngies, the south of Ireland may have the opposite problem: how to provide classrooms and teachers and the myriad other services an unexpected population bulge demands.  There was a time when a recession would have made people think twice about having a baby. Not this time, apparently - in the south of Ireland they look as if they’re going to keep on keeping on.  I suppose they have to pass the time some way.

How much does this matter politically? A great deal. If a political party can’t offer a programme that meets the needs of all the population – not just a privileged section, or the population they thought would be there as distinct from the population that actually is there, then that party’s not going to get many votes. Ideally, the expense of schooling and health provision gets balanced by a birth-range that puts enough young people into the income-earning population to take care of both young and old. But if you do your sums wrong, as the Central Statistics Office appear to have, you’re going to be faced with the problem of a population bulge: too many needs, not enough income.

Those of us north of the border have our own fertility problems. Always have had. Hardcore unionists used to enjoy claiming that Catholics bred “like vermin” as they tossed their pennies from Derry’s walls into the Bogside.  More civilly put, they noted that Catholics/Nationalists had  markedly larger families than Protestant/Unionists – a worrying fact, since the state had been created in the belief that its borders would shelter a permanent Protestant majority.  That looked to have been another population miscalculation some ten years ago. In the second-last census here, many people were convinced that a great leap forward in Catholic population numbers was imminent, bringing it perilously near to matching the Protestant population. In the event, the leap was more of a small hop.  There was an increase but much smaller than anticipated. (It cost one well-known columnist a bottle of champagne. No, not me – I confine my bets to certainties and cold cash rather than wishful thinking and chilled champagne.)

Why was there this expectation of a Catholic population surge? Because the school-going population showed a sharp increase in Catholic numbers, relative to Protestant pupils. As I say the overall population increase didn’t happen – but that was ten years ago. What of this time? Catholic schoolchildren in this state still outnumber their Protestant peers. We had a census earlier this year. It could be that the anticipated leap has been postponed, not cancelled.  Then it would be interesting to test in a referendum the oft-repeated unionist claim that one third to one half of the Catholic population here are in fact unionist.

Babies – they look so small and helpless. But they can change our world.