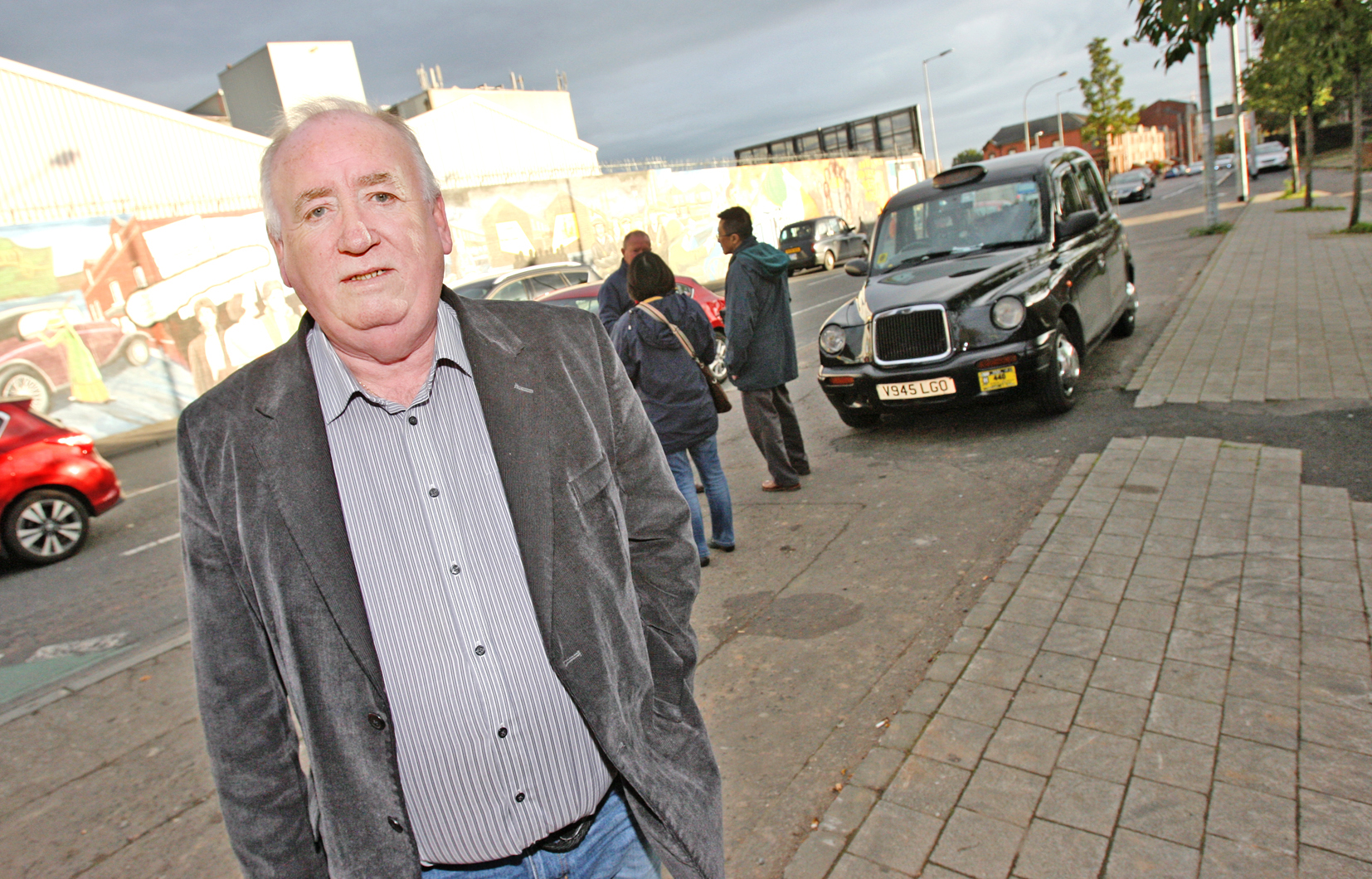 A SPATE of robberies that took place near the International Wall on Divis Street last week could harm tourism in West Belfast, according to a local MLA.

Fra McCann made the call after two elderly tourists were robbed at the top of Albert Street last Wednesday afternoon. It is understood local residents were able to retrieve the couple’s passports, however, their valuables could not be found. On Thursday another attack was carried out on a female tourist who was attacked and mugged outside the Twin Spires shopping complex. The perpetrator made off in the direction of Albert Street.

Representatives from St Mary’s Community Group in the lower Falls have also made a call for CCTV to be introduced in the area after a delivery driver was robbed of his wallet and phone in Castle Street on Friday.

Sinn Féin MLA Fra McCann said there is  growing concern amongst  residents “in the growing number of tourists being attacked at the International Wall and surrounding areas”.

“The people carrying out these attacks live for today.  They are thieves, gangsters, everyone in this community can rhyme off their names and they are known to the PSNI,” he said.

“Derby Terrace in Divis Street is being used as a launching pad for these gangs who are using it to run out and attack tourists from. The people of West Belfast opened up the area to welcome in people from across the world coming in and this is the treatment and the welcome from some they receive,” he said.

Mr McCann said it is just “sad” that those behind the robberies are well known in the area yet continue to avoid arrest or jail.

“This gang is very well known but yet they are allowed to continue with their activities. More of an effort is needed from the PSNI in removing them from the streets.

“There are tens of thousands of people coming into view the sights of West Belfast, every attack is a nail in the coffin for our tourist industry. It’s simple – people will not come back and they will tell others not to come to West Belfast after being attacked.

“I would appeal to the authorities to get these people off the streets. They can’t turn round and say it’s a one-off thing because this gang has been torturing this community for many, many years.”

He added: “There is a real concern here as we approach Christmas. If you look at the International Wall, Divis Street, Barrack Street, Durham Street, College Square and Galway Street – these are the worst areas of Belfast for car break-ins and attacking people. I will be seeking an urgent meeting with the police to discuss the ongoing muggings, attacks and what protection this community can expect.”

Community Safety Officer with Falls Community Council, Micheal Donnelly, said Belfast City Council representatives were looking into the possible procurement of CCTV units to be deployed as a resource in the Durham Street and surrounding areas in the run-up to the Christmas period.