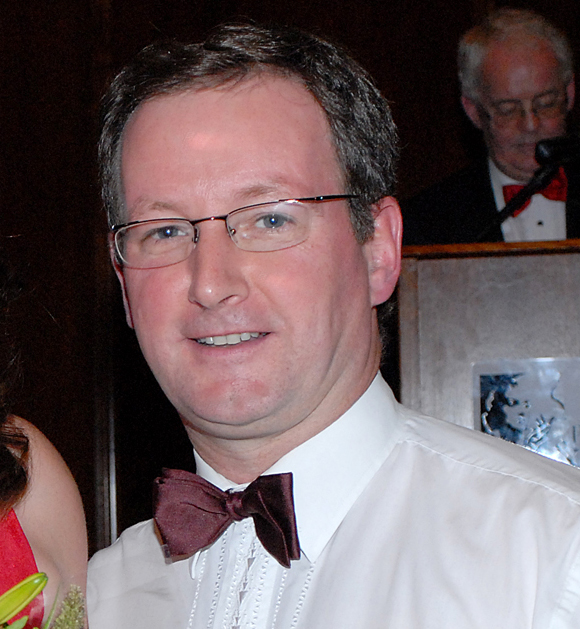 Professor Paddy Johnston who passed away suddenly on Sunday

Tributes have been paid to Professor Patrick Johnston, the Vice-Chancellor of Queen's University Belfast, who died suddenly on Sunday.

Before becoming vice-chancellor in 2014, he was Dean of the School of Medicine, Dentistry and Biomedical Sciences and was regarded as one of the world's leading cancer researchers.

The university announced his death in a short statement. It read: “It is, with a deep sense of shock and loss, that I have to announce the untimely and sudden death of our Vice-Chancellor, Professor Patrick Johnston, earlier today. We express our deepest sympathies and condolences to Iseult, his wife, and their four boys, Seamus, Eoghan, Niall and Ruairi, and the wider family circle at this desperately sad time.”

SDLP South Belfast Westminster candidate Dr Alasdair McDonnell said: “I am deeply saddened to hear the news of the untimely death of Professor Paddy Johnston. His death is a terrible loss to Queen’s University, cancer research and Northern Ireland.

“Professor Johnston was a powerful figure, working to find a cure for cancer. One of his greatest achievements is undoubtedly leading the establishment of the Centre for Cancer Research and Cell Biology in Belfast.

“I express my deepest sympathies and condolences to his family and QUB colleagues at this difficult time.”

Expressing condolences to the family and colleagues of Paddy Johnston, South Belfast MLA and former Finance Minister Máirtín Ó Muilleoir said: “The untimely passing of Paddy Johnston has cast a pall over end-of-term celebrations at Queen’s University and is a blow to all who shared his vision of QUB at the very heart of a resurgent Belfast.

“On Tuesday past, he was in sparkling form as he delivered a powerful and stirring address to over 100 civic leaders in Belfast City Hall as part of his continuing commitment to leveraging the strength of the university he loved and led on behalf of all the citizens of Belfast.

“His loss will be keenly felt also by all those who admired his determination to find a cure for cancer and who respected his decision to return to Belfast to lead the Centre for Cancer Research. Ar dheis láimh Dé go raibh sé."

Alliance MLA and former Minister of Employment and Learning Stephen Farry also expressed his sadness at the sudden death of Professor Paddy Johnston, and paid tribute to his “inspirational leadership”.

He said: “I was saddened to learn of the sudden and tragic loss of Professor Patrick Johnston. During my time as Minister, I had the privilege of working in partnership with him during the first two years of his time in office.

“Paddy provided inspirational leadership for the university through some very challenging circumstances. He will be remembered for driving Queen’s to even greater levels of excellence in some key areas of research and teaching, and engagement with the wider business and community sectors. In particular, he placed the university even more firmly on the global stage.

“In his own right as an academic, he had established a track record as one of the world’s leading cancer researchers.

“My thoughts are with his family and all the staff and students at Queen’s.”