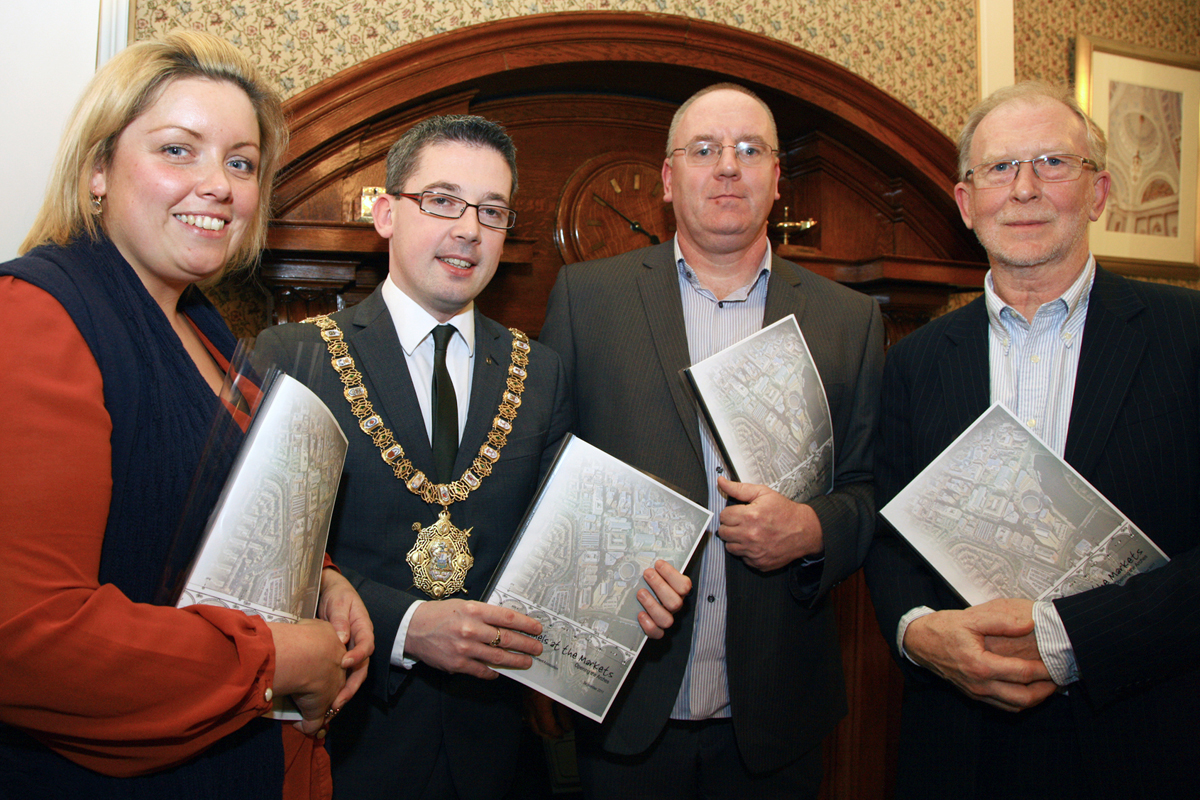 A project that would herald the first stage in a major regeneration of a South Belfast community by opening it up to the city centre has been officially launched.

The Markets tunnels project, which would see the “walled-in” community reconnected with the city centre, Lanyon Place and Gasworks, was showcased to the public and authorities in City Hall last Friday (January 6).

The first stage of the proposed £1.5 million scheme would see the reopening of the eight tunnels that run underneath East Bridge Street, with seven of them becoming spaces for community-based businesses and shops, while the one closest to the River Lagan would become a pedestrianised cycle path.

Tony Stevens, director of consultants Urban Innovations, said the Markets community was in a prime location to allow connectivity with the rest of the city.

“The area is a stone’s throw from the city’s prime shopping location Victoria Square but it is enclosed and isolated from the city centre. The only connections it has are three zebra crossings while the rest of the Markets has boundaries around it, whether a road with heavy traffic, the Gasworks or the railway.

“This plan will allow the community to break those barriers down and have better connectivity by reaching out to the rest of the city. The arches are in good condition but are not doing anything at the moment. It is not a lot of money to spend on a project that will bring so many benefits.”

Attendees were shown a video demonstrating an artist’s impression of the work to the glass-fronted tunnels. A mock-up of a revitalised Cromac Street was also showcased, with the road becoming a tree-lined boulevard, with a large pedestrian island running between two carriageways.

The urban designers also told of the importance of reconnecting the Markets with the wider Gasworks area, including the Lower Ormeau and Donegall Pass.

Gerard Davison of the Markets Development Association said the next stage would be to establish a working group with the relevant agencies to continue with the project.

“It is important to speak to as many people as possible in the time ahead and make firm proposals for the financing of the project. We will be setting up a group with people from the Department for Social Development, Department for Regional Development and Belfast City Council, as well as the developer from the adjacent site.

“We will hammer the legal and technical matters out that we need to then start making formal proposals for the financing. We will be looking to speak to the likes of the Heritage Lottery Fund, the Social Investment Fund and anybody who can help us. This project is thinking outside of the box and would transform our community and that part of the city. This is not just a Markets project, it is a city of Belfast project.”