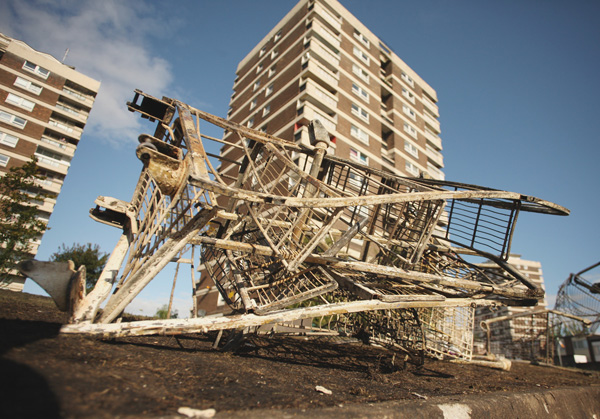 TWO cars were set alight and one petrol bomb was thrown at police in the New Lodge as bonfires were lit to mark the anniversary of internment.

North Queen Street was closed for a time after a car and a bin was set on fire.

After weeks of a cat and mouse game between New Lodge bonfire builders and the statutory agencies, the bonfire went ahead – being lit at around midnight.

It is understood the contractor pulled out of removing New Lodge bonfire material this week following disorder in the Market area.

Last week Sinn Féin had succeeded in getting the council to agree to remove material from bonfires that posed a risk to safety.

On Wednesday morning, Northern Ireland Fire and Rescue Service were at the scene in the New Lodge to douse the remains of the bonfire, which was still smouldering.

However, there was no repeat of major disorder which plagued the Market and Divis areas of the city on Monday, which began after bonfire material was removed from sites.

Local Sinn Fein councillor JJ Magee had insisted New Lodge residents did not want the bonfire and said residents feel ‘let down’ by the statutory agencies who did not remove the material.

Meanwhile, PSNI chief George Hamilton said there will be arrests over the recent disorder across the city.

"These were largely young people involved in causing destruction and mayhem in their own communities. There is absolutely no excuse, no justification for the burning of cars and the causing of destruction in people's own communities – it just doesn't make sense at any level.

"We are gathering evidence and there will be arrests and those responsible for this behaviour will be brought to justice.

"People engaged in this are responsible for their actions but parents have a responsibility too in all of this."