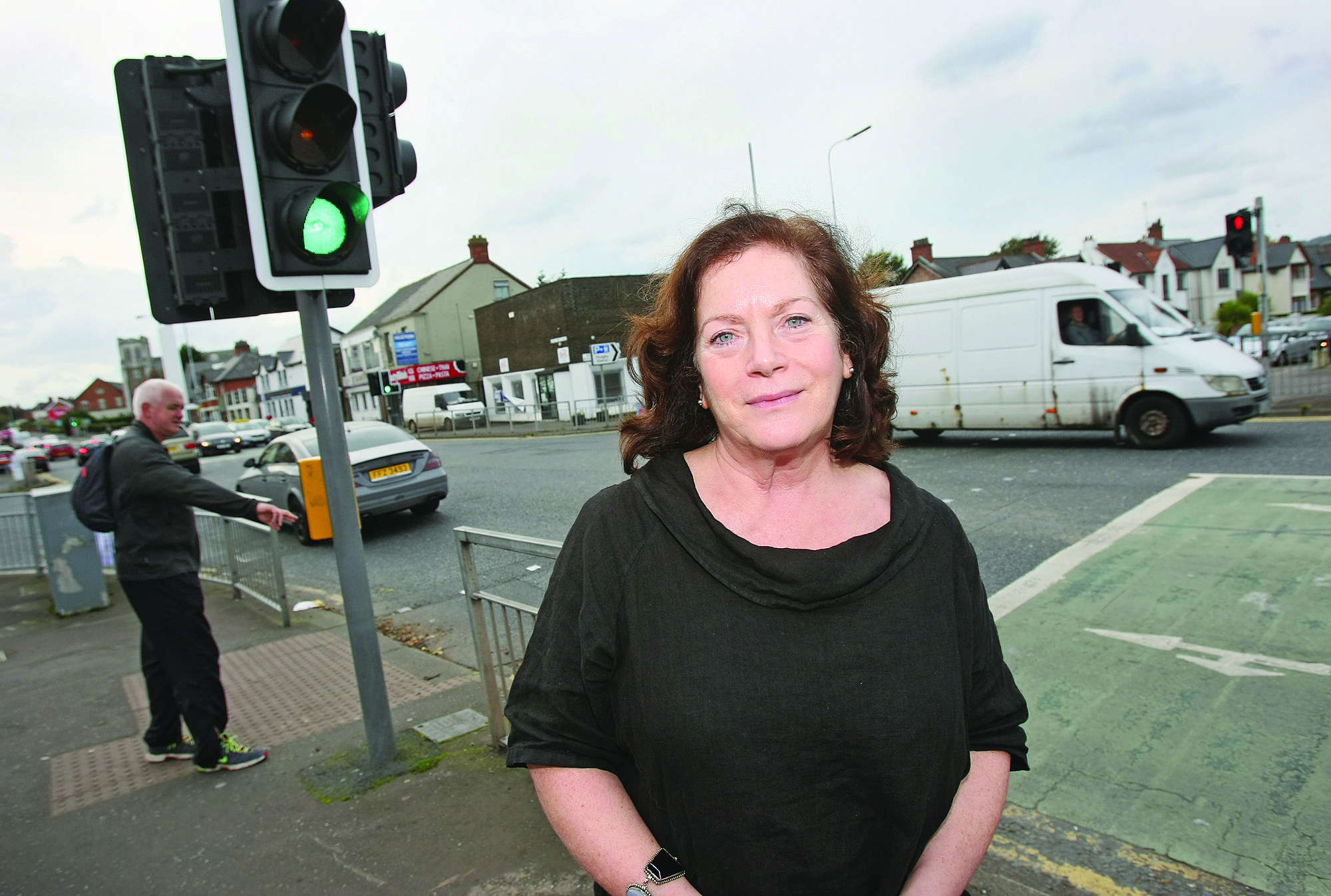 PARAMILITARY UPSURGE: Cllr Geraldine McAteer at Finaghy, where the UDA have been active recently

A WEST Belfast family have spoken out about their son’s beating at the hands of the Finaghy UDA five years ago.

It comes following last week's revelations that a local teen was warned of a threat from loyalist paramilitaries after he was forced to defend himself during a violent altercation in the area.

On September 4, a 16-year-old was punched in the face by a middle-aged man during an attack on Benmore Drive, but bravely fought back and knocked his attacker to the ground.

The PSNI visited his home to deliver a threat message after receiving information that “paramilitaries want to carry out some form of punishment attack” on him in the wake of the incident.

In a further attack in the same street, a gang visited the premises where the attack took place and assaulted the female occupier, who later fled the area.

Following the attacks, another West Belfast family have told how their son was issued a death threat by the UDA while living in the area.

The young man, who was lived in Finaghy with his Protestant girlfriend, was hospitalised after an earlier altercation involving a member of the UDA.

Speaking to the Andersonstown News, his father said: “He was getting tortured. He was living in the Finaghy South area, and whenever he was out walking he was getting all sorts of abuse.

“He can handle himself, but because he was in a Protestant area he couldn’t open his mouth.

“One time when he was out one them shouted over ‘Fenian bastard’ and he just saw red. He went over and emptied him and left him in a bad way in hospital.

“He stayed there that night and he didn’t move out of the area. It ended up he got beaten by them and they gave him a death threat.”

Local Sinn Féin Councillor Geraldine McAteer said: “Paul Maskey and I met with the police yesterday to discuss their handling of the incidents the other week.

“Because of the UDA interference I want them to prepare a report on the level of UDA activity and the degree to which people are being intimidated in the area.

Because of the UDA interference I want them to prepare a report on the level of UDA activity and the degree to which people are being intimidated in the area.

“I made it very clear that we cannot have a situation where the UDA are in a position to issue threats to citizens.

“That is a great area and the response to local people to the Covid-19 pandemic has been phenomenal.

“It is increasingly a mixed area and people get on well there. It’s a good district and people.

“The last thing we need is people getting threatened,” she added.