Ulster aiming to narrow the gap on Leinster 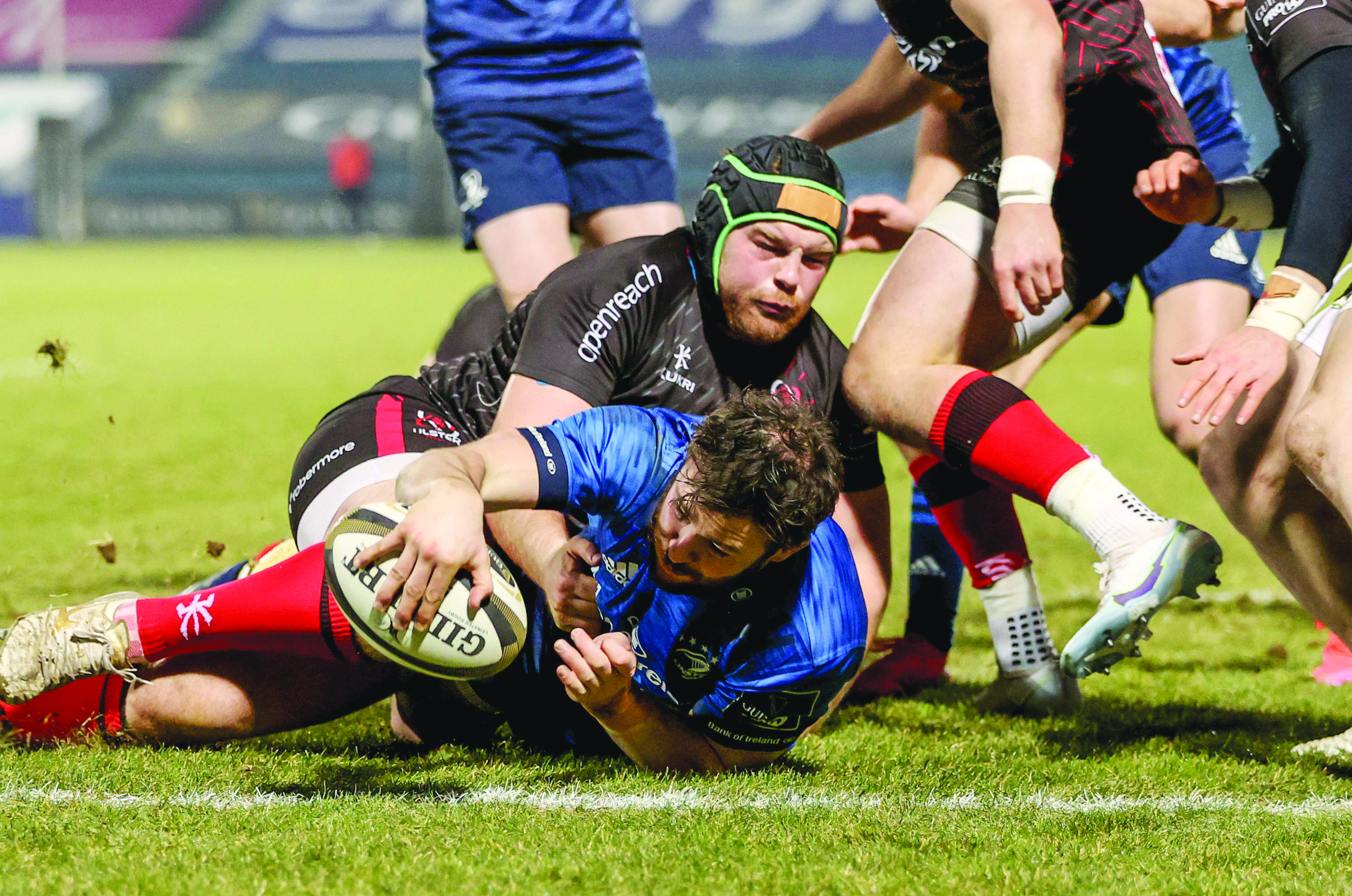 WITH just three games to go before the final standings in Conference A of the PRO14 are confirmed, Ulster find themselves needing to take maximum points and hope for a favour if they are to overtake Saturday’s opposition, Leinster.

Last Friday, Dan McFarland’s side scored a 21-7 win at home to Ospreys, but crucially missed out on a vital bonus points to ensure their fate remained within their control as Leinster’s 40-21 win over Glasgow moved them six points clear at the top of the table.

Even if Ulster are to win with a bonus point and deny the visitors one of their own, it would still leave them one off the top with just two games to play.

The defending champions travel to Belfast on Saturday knowing they have some margin for error, but for Ulster this game is about measuring just where they are in relation to their Irish rivals who have won the last three titles.

The corresponding fixture between the sides at the RDS back in January resulted in a 24-12 win for Leinster that stands as Ulster’s sole defeat in the competition this term, so the hosts will also be on something of a revenge mission.

However, the focus is on the bigger picture and the development of a club that has made strides in recent years, with forwards coach Roddy Grant stressing that their season will not be defined by however the table looks come 10pm on Saturday night.

“I think the progress has been shown where we are in the league and the points we're acquired,” he said.

“We have only lost the one game, against Leinster, so this is a big one. We want to win it and have been working hard to get a lot better. Leinster are the benchmark but our mindset if to give it as good as crack as we can.

“We're trying to improve as a team and individuals, so that's probably our focus rather than a benchmark of one game to show where we are.”

Jacob Stockdale and Robert Baloucoune are both named to start this evening alongside Michael Lowry in the back three, while Stuart McCloskey and Tom O’Toole are also named having returned from international duty.

Marcell Coetzee has recovered from a thigh contusion injury sustained in the win at Glasgow a fortnight ago and returns in the back row with Jordi Murphy captaining the side at flanker.

Leinster will also welcome back players from international duty with Ed Byrne, Ross Byrne, Rhys Ruddock and Josh van der Flier named in Leo Cullen’s starting line-up, so both sides will have been strengthened from last weekend.

Captained by Luke McGrath, Leinster will travel north with a strong side that seeks to wrap-up their place in the final with two games to spare.

Ulster’s job is to prevent that and give themselves a chance going into the final games, but the main motivation is simply gaining another win and using that to help drive the team forward ahead of the upcoming Rainbow Cup and European Challenge Cup fixtures.

“In order to go forward we want to win,” Grant added.

“I'm not sure if it's must-win as who knows how the remaining games are going to go. We can't control how Leinster will do, but the reality is they are going pretty well and can be expected to finish strong. This is the next step in our development, so we want to win it.

“If we don't win then it's not good for us, whether it's Leinster this week, Dragons (next) or whoever.

“Our mindset is just about winning every game now and nobody is under any illusions that this would be a big one to win.

“If we win this weekend, it closes the gap that is there but if we do then we've still got to win the next two. We know we have to give it a good crack and try to win.”

Last Friday, the TMO again denied Ulster a bonus point when a forward pass was correctly picked up in the build-up to a Rob Lyttle score late on that ultimately changes the dynamic of this weekend’s game.

While a bonus point win would be most welcome against Leinster on Saturday, that will not be the message going out. Instead, it will be a case of building a winning platform and whatever comes off the back of that will come.

“Our approach, and it always has been since the break, is about winning,” Grant stressed.

“You have to win first and then if you can get a bonus point win then it's good. Our mindset so far, and I don't see it changing, is that winning is the first thing and if you look beyond that it can be a tricky path to go down.

Play to win and then see how the game unfolds. It would be great to get five points every game, but our big focus is winning.”