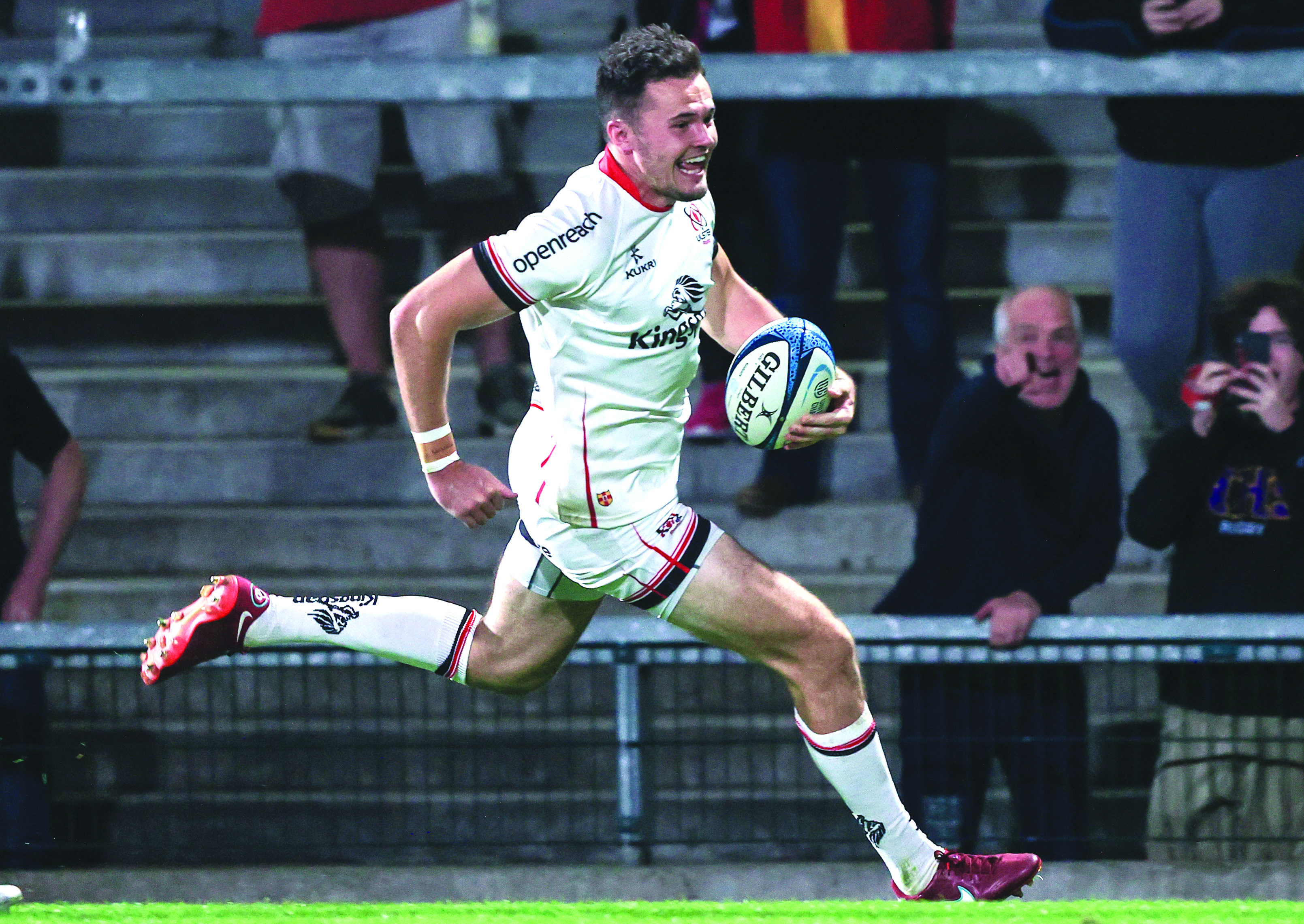 IT’S just the third game of the United Rugby Championship (URC) season but it is already one of the marquee fixtures for Ulster as they host Leinster at the Kingspan Stadium this evening (Friday, 7.35pm, live on BBC2 and RTE).

Both sides come into the game having won their opening two fixtures with Leinster getting the better of Italian opposition on both occasions, whilst Ulster followed on from the opening win at home to Connacht with a performance of attacking flair last Saturday to score a 55-39 win at the Scarlets.

John Cooney landed 30 of those points including two of the seven tries of which he converted all, plus two penalties, and he starts again this week with Billy Burns at out-half.

Yet the concession of five tries is something of a worry to take from their second bonus point win in as many games and speaking to Ulster Rugby TV, Jacob Stockdale admits there has been much to work on this week ahead of the stern challenge that Leinster always provide.

“We were really happy with how we attacked,” he said of that win.

“In the first 10 minutes, you could see just how good it was. It was tough, a proper lung-busting five or six minutes, but we held onto the ball really well and got through phases, so I think we are pretty happy with that.

“The main learnings coming away from that game are defensively.

“Letting in five tries we’d be very disappointed about, but it was a good win away fro home. We’re happy with it and we move onto this week.”

Stockdale has make a fine start to the season having missed virtually all of the last campaign after picking up an ankle injury in the opening fixture that sidelined him for the rest of the club and international season.

He is well back in harness now and enjoying being back doing what he does best and starts on the wing this evening.

“It’s nice to be back on the pitch,” he confirmed.

“It was a tough year to watch the lads play and not be involved in the game, so to be back on the pitch and have three games under my belt now is pretty good and hopefully I can get a few more.”

There has been no shortage of silverware for Leinster over the past decade with six domestic and two European titles as they held the upper hand on Ulster in head-to-head meetings, but that trend was reversed last season as Dan McFarland’s charges won home and away against their Irish rivals.

Leo Cullen’s men will travel north with intentions of reasserting themselves and Stockdale acknowledges he and his team-mates must be ready to front up in the face of one of the toughest challenges in the league.

“It’s an Irish derby so it’s going to be pretty physical - they always are,” he insists.

“Leinster are a very strong team and have been for a number of years. Over the past five or six seasons they have been the team to beat, so that’s obviously a really exciting challenge.

“They have a very experienced team, depending on who comes up, but they have talent all across the board and I think it will be a really good challenge for us.”

Iain Henderson and James Hume are getting close to a return to the side, but this week will come just a little too early for the pair with Sean Reffell also missing out having picked up a hamstring injury although Aaron Sexton is fit to start on the win after being monitored in the week.

This evening’s game will see Luke Marshall run out for his 150th appearance in the white jersey where he will form a partnership with Stuart McCloskey in the centre, while Michael Lowry start’s at full-back.

Captain, Alan O’Connor, meanwhile retains his position at lock, and is joined in the second row by Kieran Treadwell, in a starting line-up which sees only one change from last week’s win.

Matty Rea will be joined in the back row by brother, Marcus, who is becoming synonymous with the turnover, and Ireland international, Nick Timoney, at Number 8.

Hooker, Rob Herring, will bring his experience gained in the green jersey once again to set-up as he is joined in the front row by props, Andy Warwick and Tom O’Toole, who are both products of Ulster’s Academy pipeline.

“Leinster is a team that plays really good rugby, and they will test us both sides of the ball.

“We’ve been tested a fair bit in different ways over the last two rounds, but Leinster bring an all-round game that will test all aspects of our game. It will be a good barometer, and I look forward to seeing how we go.”