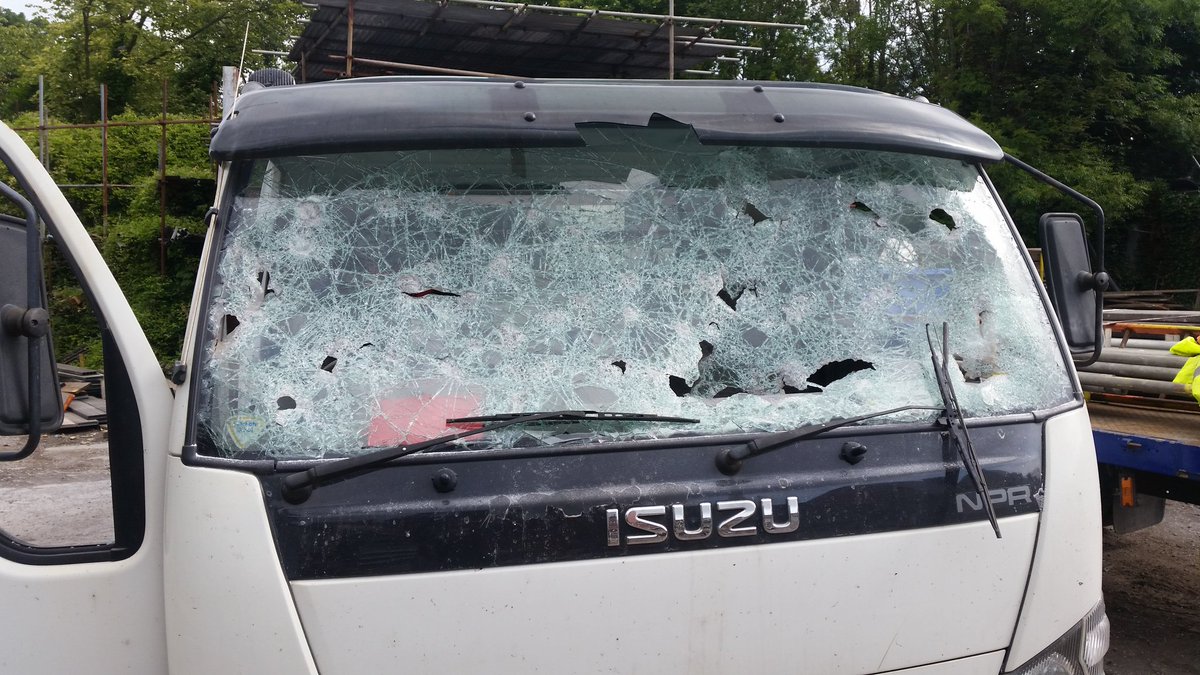 MINDLESS: One of the three vans badly damaged in the attack

A NORTH Belfast businessman has hit out at vandals who caused extensive damage to three of his company vans.

Walsh Scaffolding, based at Parkside Gardens, was targeted last Saturday night with windows and wing mirrors on three vans smashed along with damage to wires and the tachograph system of the vehicles.

Ciaran Walsh has been left to count the cost of the damage, which potentially could have an impact on jobs due to the high cost of repairs and the insurance implications.

“We’ve been based at Parkside Gardens since 1990,” he explained.

“Some youths broke into the yard on Saturday night and basically smashed up three of our vans. The vehicles have been left unusable as a result.

“I had to send workers home on Monday morning – the vans are not fit to use for driving. I spent Sunday trying to contact our insurance company to try and get things sorted. It’s been a nightmare, but hopefully our insurance will help us out a bit to get us back on track again.

“This is not the first time our vehicles have been targeted either. It’s just pure vandalism on our vehicles which we need to do our scaffolding work. We have been left with just one big van to transport our stuff around.

“This is the worst incident yet. We haven’t done anything to anyone so I can’t understand why anyone would have done this.

“They weren’t interested in taking any of the tools. It was just unwarranted vandalism. Those who carried this out don’t realise they have now put our workers’ jobs at risk. They obviously think it’s funny smashing vans up.

“It’s cost us a lot of expense. We have had to hire some lorries in the meantime. It’s a big headache for me.

“If it was young lads who done it, maybe they will be looking jobs one day. They have potentially destroyed jobs as a result of this,” he added.