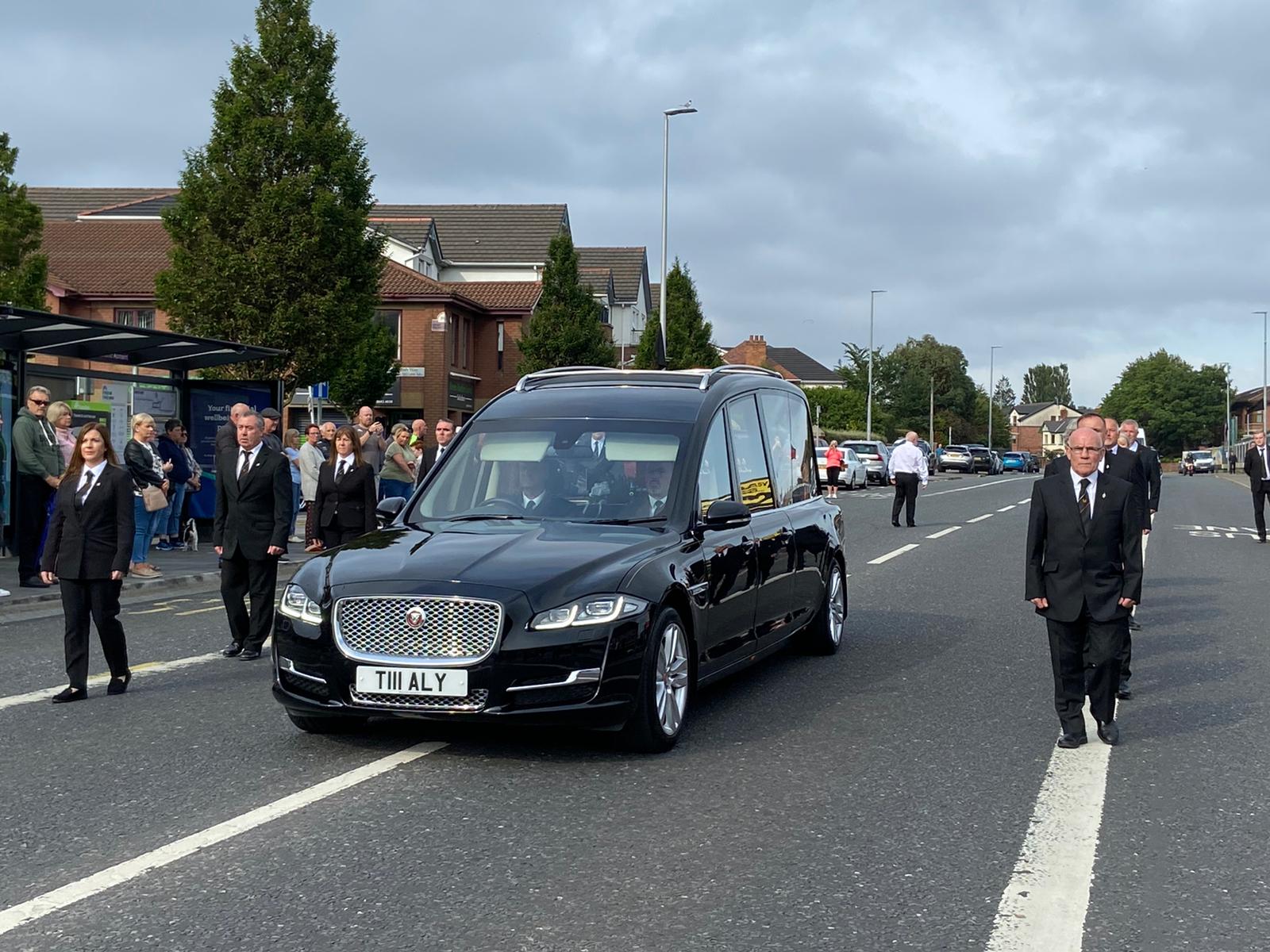 COMRADES: The hearse carrying Bobby Storey's remains is escorted to his home by a colour party.

Several hundred people gathered in the Andersonstown Road area this evening as the remains of Bobby Storey were brought home.

The leading republican died on Sunday in Newcastle, England, after an unsuccessful lung transplant operation.

A hearse carrying his remains was met by a colour party at Casement Park and accompanied to his home at Owenvarragh Park.

Scores of republicans dressed in white shirts with black ties lined the street as Bobby Storey's coffin was removed from the hearse to be brought into his home.

Among those present were Bernie McGuinness, widow of Martin McGuinness.

Bobby Storey's wake will be open to the public from 10am to 10pm on Saturday and Sunday and from 10am to 6pm on Monday.

His remains will leave his home at 10.30am on Tuesday  for 11am Mass in St Agnes’ Chapel.

The funeral oration at the Republican Plot in Milltown Cemetery will be given by Gerry Adams.