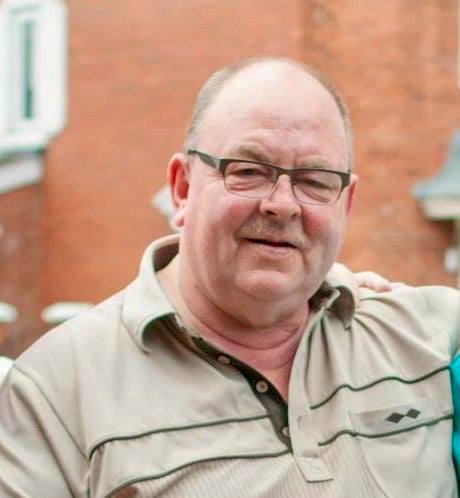 TRIBUTES have been paid to a “community stalwart” who passed away over the weekend. 66-year-old Micky McMahon died suddenly on Sunday.  Micky was a life-long community activist and founding member of the Whiterock-Westrock Residents’ Association.

Throughout the years he tirelessly campaigned for improved housing and infrastructure for local residents, and was among those who fought for a new playpark and community garden in the area. Whiterock-Westrock Residents’ Association Chair, Al McComb, said the community was Micky McMahon.

“I met Micky over 40 years ago when he was working for the DoE,” he said.  “Loud, funny and resourceful, Micky had a laugh for every adversity, most times not even realising it. He also had the most generous nature and attitude which he brought with him to the Residents’ Association which he helped form.

“Our community was very much a different place then and needed determined and committed people to help tackle the multitude of issues which impacted heavily on his community.” He continued: “Micky was committed to see positive changes not just for the area but especially for families. I have so many, many memories, even our phone calls became marathons as he asked about everyone and everything ≠ getting a word in as usual was a task .

“He overcame many issues with his health over all the years but never let them hinder him. Micky knew everyone, he had a contact to resolve every issue and a knack to get the best deal possible without losing friends.  “He was first to run and help anyone in need or distress.”

Al described Micky as a “family man” who was “totally dedicated” to his wife, kids, brothers and sisters.  “On behalf of all in our Whiterock-Westrock Residents Association and our community, I offer our genuine and deepest condolences, to Micky’s wife Anne, his children Michael, Stephen, Leanne and Lisa, Micky’s brothers and sisters and the entire McMahon family.”

Local Sinn Féin Councillor Steven Corr said: “Micky was a community stalwart. A man we were lucky to have in this area and a man whose heart will always be in the Whiterock area.

“We will miss him greatly.” The Whiterock Westrock Historical and Cultural Society expressed “deep regret” at Micky’s passing, adding: “He will be sadly missed by his many friends in the, Westrock/Whiterock areas, we have lost a great friend and neighbour.  “Thoughts and prayers are with Ann and the McMahon, family at this sad time.”