WE SAY: Though born in adversity, Féile has always heralded hopeful times 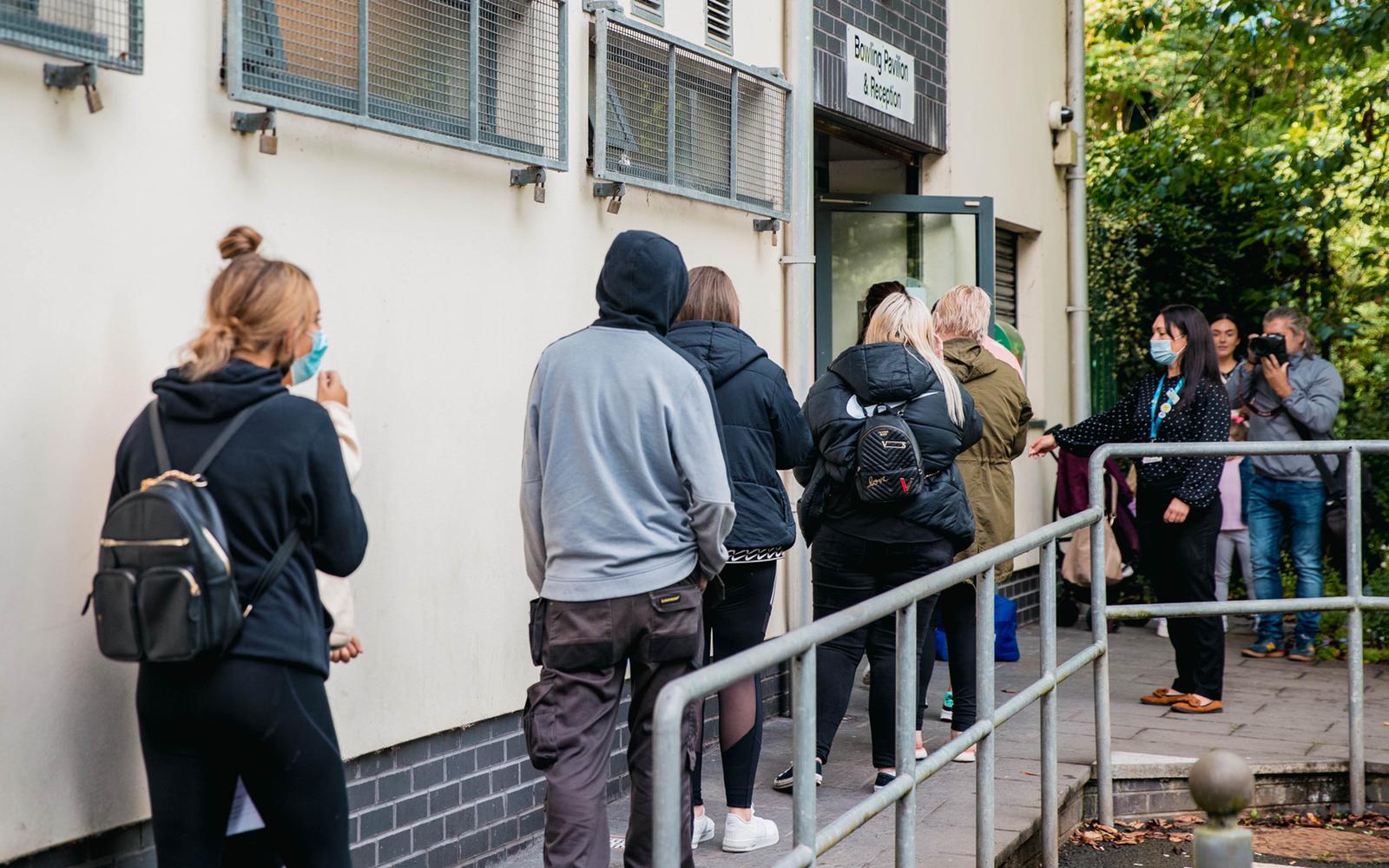 BOLD LEADERS: Queuing up to get vaccinated for Féile 2021 Thomas McMullan

When the West Belfast Community Festival was launched in August 1988 — a time of tumult and torture for the good people of the West — its organisers could hardly have imagined its rise to the dizzy heights it commands today.

And yet they cannot have been unaware of the old adage that the future belongs to those who can imagine it.

Certainly, a glance at the programme for the first féile (though it was some years before the community celebration adopted its Gaeilge moniker) speaks of unbridled hope and boundless optimism — despite the suffocating backdrop of sectarian pogrom and military occupation.

Indeed, the Andersonstown News of 6 August 1988 which published in full that inaugural agenda — over one page as opposed to the astounding 216 pages of the 2021 programme — show how positivity would be the watchword of this summer extravaganza. That opening salvo from the festival team combined dramatic arts, fun-filled sports, vigorous debate and fancy dress frolics with a plastic bullets vigil and Milltown Graves Tour - two events which remain festival perennials.

The audacious ambition of the groundbreaking '88 festival with its mural competition (judged by Ireland's greatest visual artist Robert Ballagh) and its Oíche Ghaelach in Cumann Chluain Ard can really only be appreciated when set against the other headlines in the Andersonstown News during the eight-day celebration.

They included the campaign by photographic group Belfast Exposed against its banning from all Council premises, the funeral of Markets' assassination victim Brendan Davison, death-drivers terrorising Lenadoon pensioners, the extradition of Ballymurphy's Robert Russell from the Republic, and the murder of Ardoyne 18-year-old Séamus Morris and Andersonstown Guinness driver Peter Dolan in a loyalist drive-by shooting in North Belfast.

It took, therefore, tremendous vision and extraordinary courage to raise the festival flag of peace and cultural celebration even as the bullets flew.

And while the endeavours of yesteryear are now a thing of the past, we should give thanks that the strong leadership values of the Féile founders endure — as evidenced in the bold decision to insist that entry to Féile mega events be limited to those who are vaccinated or free of Covid.

So enjoy this year's Féile which kicks off today (Thursday) — but to reprise a favourite West Belfast eighties aphorism for these Covid times: bí cúrmach!