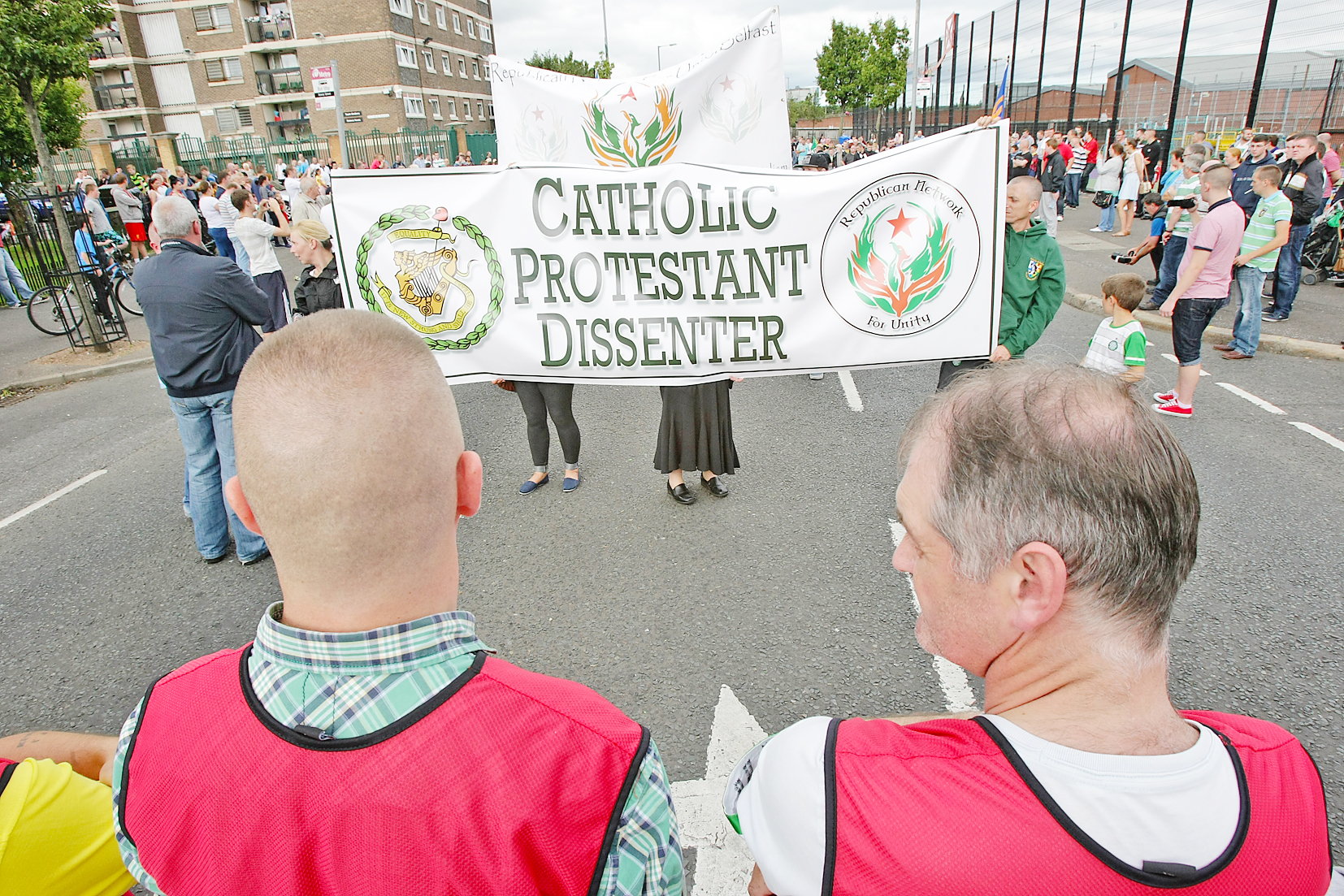 The Parades Commission has sought assurances from organisers of a republican band parade that it will clear a contentious district of North Belfast before loyalists march in the same area.

The Henry Joy McCracken Commemoration Committee parade has been warned to clear Clifton Street by 3.35pm this Sunday (August 23) before the City of Belfast Royal Black District Chapter’s Parade makes its return from an earlier march – they’re scheduled to arrive there at 5pm. In 2012 three nights of intense loyalist rioting followed the same parade.

Restrictions have been placed on the Henry Joy parade, which is scheduled to set off from Ardoyne Avenue at 2.30pm. While the application cites a figure of 700 participants and 500 supporters, no supporters will be allowed to accompany the parade between the junction of North Queen Street and Clifton Street and the junction of Clifton Street and Henry Place. Organisers have also been ordered to ensure that there’s no music other than a single drumbeat in the same area.

An anti-internment parade which was due to set off from Ardoyne on August 9 ended in violence after police blocked it because of a failure to set off at the allocated time. Like that parade, the Henry Joy march is dominated by dissident republicans, with the main banner being carried by members of the Network for Republican Unity. There’s now a tense wait to see if the Henry Joy parade will abide by the time restrictions.

The Parades Commission said that it “relied on written assurances from the organising Committee of the Henry Joy parade that it estimates that the parade will process Clifton Street between 3.15pm and 3.25pm”.

Three loyalist groups which have applied to protest the parade have each been restricted to 50 people.

In 2012, more than 60 police officers were injured during three nights of loyalist rioting in the streets around Carlisle Circus after trouble flared in the wake of the Henry Joy parade.

The City of Belfast Grand Black Chapter has notified for 250-300 participants, four bands and an unknown number of supporters. The Black parade is slated to depart from Denmark Street at 2.30pm and 5pm. The Parades Commission have applied the same music and followers restrictions as imposed on the Henry Joy parade.

Meanwhile, representatives of the Crumlin Ardoyne Residents’ Association met yesterday with the Parades Commission to voice their concerns over a Royal Black Preceptory feeder parade set to pass the homes of nationalist residents on Saturday week (August 29).

Previously criticism has been levelled at the inclusion of the Sons of KAI flute band. That name is taken by some to be an acronym of the phrase ‘Kill All Irish’, but band members claim it refers to a Rangers player from the 1960s, the Dane Kai Johansen.

Cara spokesman Joe Marley said that they had notified the commission of their intent to stage a protest.

“We have made the same arguments about the same parade as we do every year,” he explained.

“This parade is a feeder parade and there is no reason for it to pass the homes of residents when the actual parade is taking place miles from here. We also registered our complaints about the band being used to accompany the parade.”