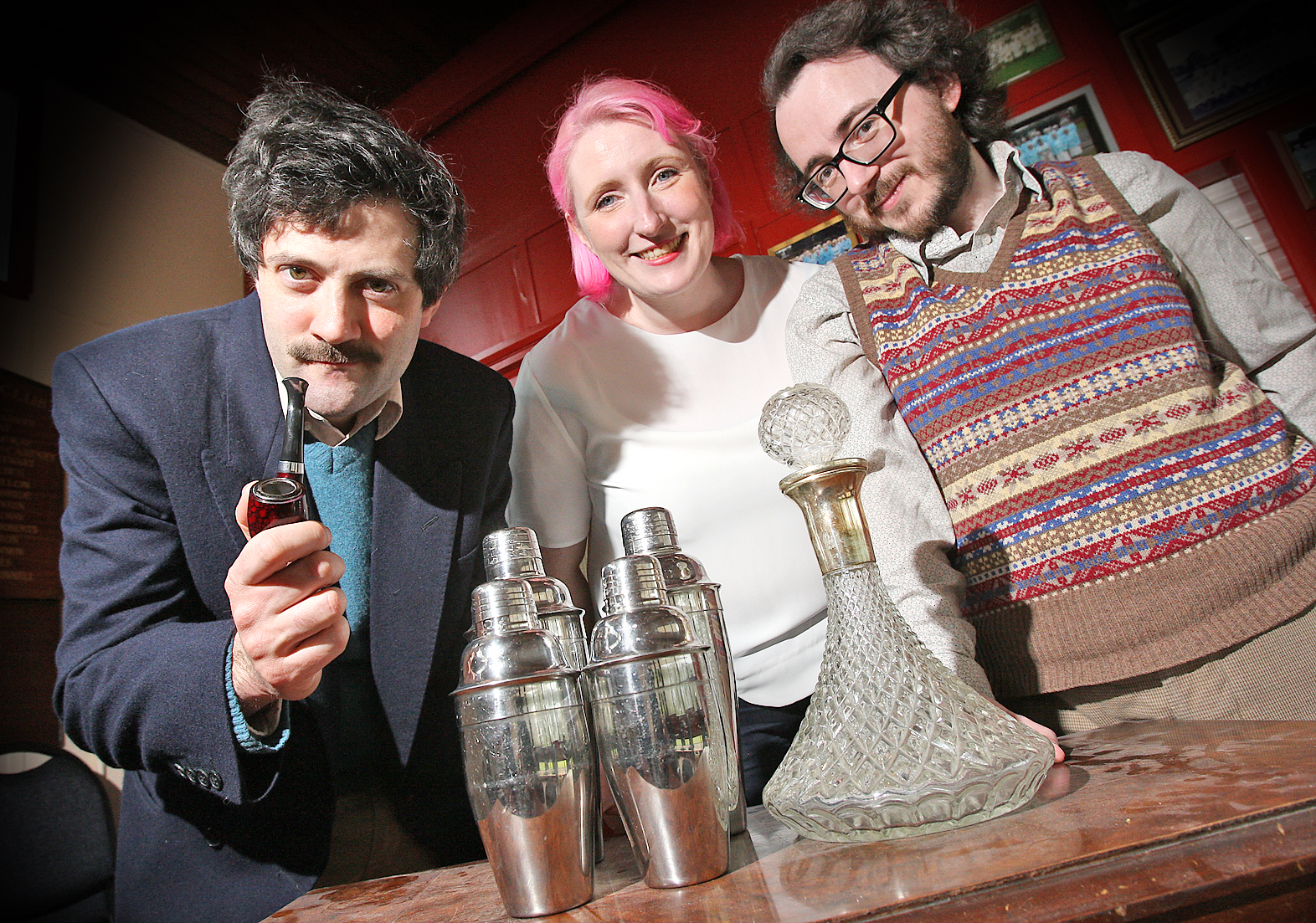 A new play based on a Hitchcock classic film that is due to open later this month has a cast and crew almost entirely from West Belfast.

The Andersonstown company has assembled a cast and crew of mostly West Belfast natives to bring the iconic film to the stage.

Director Aislinn Clarke and producer Reggie Chamberlain-King both live off Kennedy Way, lead actors Geoff Halt and Susan Davey are from Andersonstown, and Nicholas Boyle, the musical director, who also has a small part in the production, is from the Falls Road.

Reggie said although it wasn’t a conscious decision to have a cast with so much West talent, the plethora of young creatives in the area lent itself to the play.

“We started Wireless Theatre Company five years ago and have worked with cast and crew from all over the north,” he said.

“With this show we happen to have some great talent from across the locale. They have all been working very hard in their roles and are looking forward to opening night.

“There’s a lot of talent in the area and we are lucky to have them in the play.”

The local theatre company has produced plays for live performance as well as broadcast. They have been commissioned by BBC Radio 3 – The Proms, BBC Radio 4, BBCNI, BBC Scotland, and RTÉ.

The company’s production of A Christmas Carol played to full-houses two years running in the Ulster Hall and their 20-play Edinburgh Fringe Festival run received four-star reviews, while their Spring 2014 production of Noel Coward’s Brief Encounter sold-out its week-long run in the Grand Opera House.

This latest play is the stage version of the Hitchcock classic in which an ex-tennis pro wants to have his wealthy wife Margot murdered so he can get his hands on her inheritance.

When he discovers her affair with another man he comes up with the perfect plan to kill her. He blackmails an old acquaintance into carrying out the murder, but the carefully orchestrated set-up goes awry

The former St Mary’s pupil said they have relished bringing the suspense and tension characterised in the film to the Belfast stage.

“The film is incredibly tense throughout and it has been wonderful bringing that to the stage,” said Reggie.

“The characters are all so rich and quirky and it’s been a real treat for the actors to play them. The story is a real mystery and it has been great bringing that dramatic tension to the stage.

“You can detect the beads of sweat on the actors' foreheads at dramatic points in the play. It is really intimate and tense.”

“I knew of the film before I went for the part and obviously knew Grace Kelly had played the role. However, it was a screenplay first so I try to focus on that rather than too much pressure from the film,” she laughed.

The local actress has been busy rehearsing for the play before it opens in the Baby Grand on Tuesday, April 21.

“The rehearsals are going really well and we’ve been extremely busy since Easter. There’s lots of dialogue in the play so I have been really busy learning lines.

“Now we are nearly ready to open which is exciting and scary at the same time.”