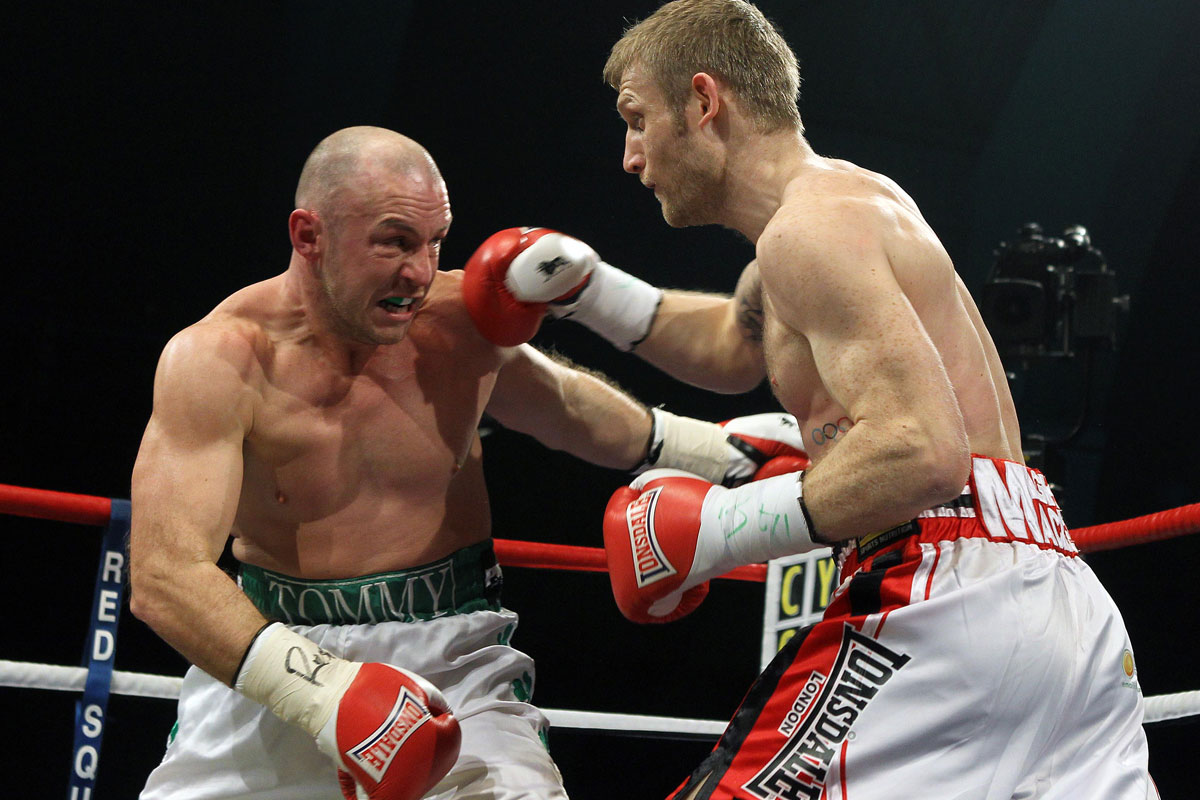 TOMMY Tolan returns to action at the King’s Hall on Saturday when he faces fellow Belfast man Joe Hillerby (4-0).

‘The Tiger’ is coming off two losses, albeit to top-quality opponents in Tony Jeffries (light-heavyweight) and Eamonn O’Kane (middleweight), but is full of confidence he can return to winning ways when he enters the ring at his more natural 12 stone limit.

Tolan has been sparring with Ciaran Healy and Matthew McCafferty ahead of a contest that could propel him into Irish title contention but is expecting the Sandy Row man to be hard to pin down in the ring.

“All is going according to plan. All the preparation has been done and I am sparring away with Ciaran (Healy) and Matthew McCafferty and everything is going well,” he said.

“I know he (Hillerby) is going to run and he won’t stand and fight. We are expecting him to be on his bike so we have done a lot of speed-work to prepare.

“I’m back at super-middleweight for this one and I have made the weight easily. He is unbeaten but this is a good stepping stone for me to get a crack at the Irish title.”

Tolan says that having shared the ring with illustrious opponents has filled him full of confidence ahead of the six round contest and is backing himself to claim the victory.

The 37-year-old is not one for shirking a challenge and under the watchful eye of Gerard McCafferty, he feels as if he has never been better prepared and is calling for a big local support to the Lisburn Road venue.

“I have been in with Jeffries and O’Kane. I know he is unbeaten but I have nothing to fear from him.

“I won’t be hiding from anybody and if anyone comes along I will fight them,” stated Tommy.

“There is no point in dodging anyone at this stage of my career so I will take them on. I would always bounce it off Gerard (McCafferty) because we have each other’s best interests at heart

“We will be sticking to our game plan and hopefully we get the people from the west of the city out to support us. I’m in the best condition of my life and I am going into this one very confident.

“Hopefully he stands and fights and if he does I will be far too strong for him.”