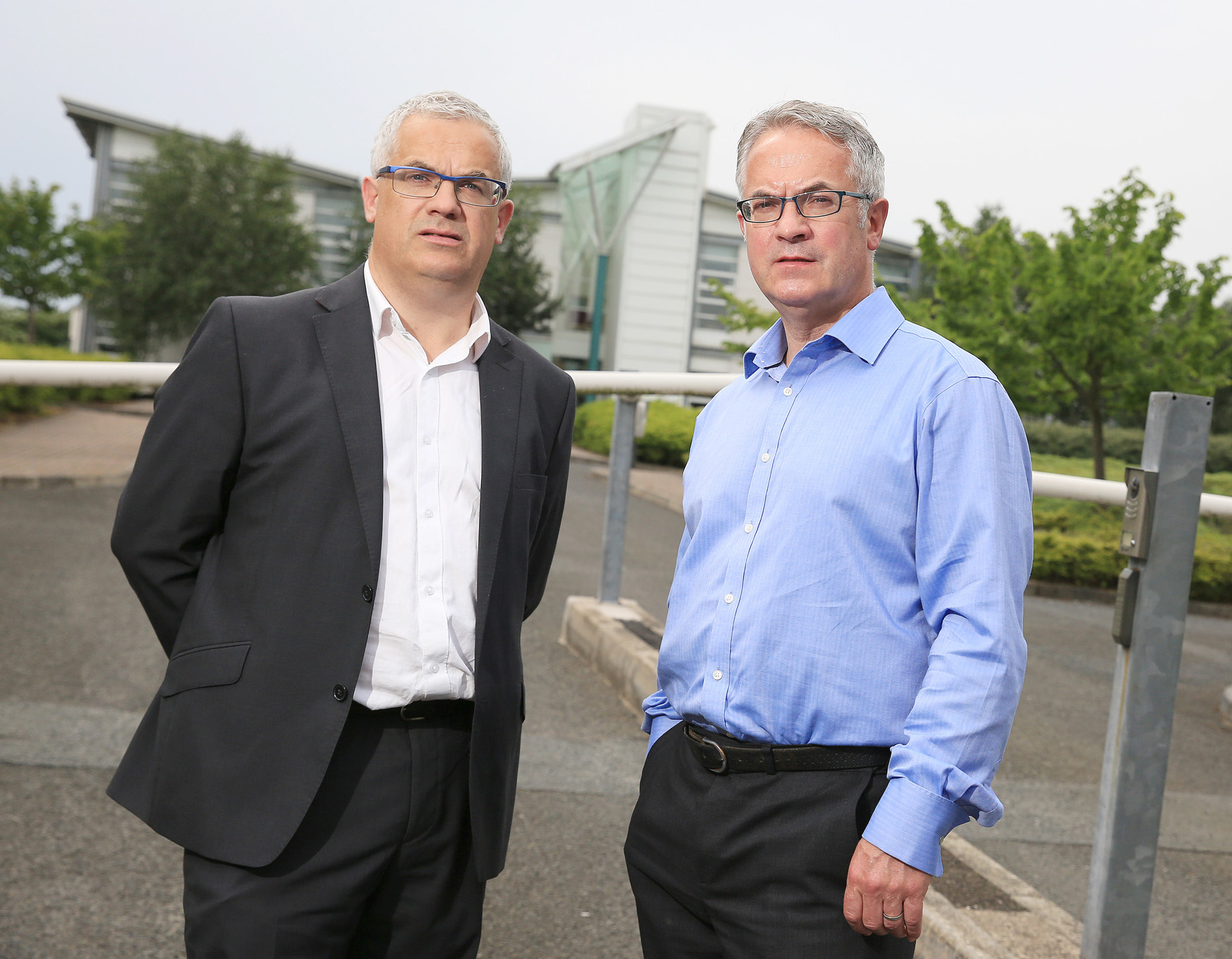 Leading figures from the SDLP in West Belfast have thrown their weight behind Derry MLA Colum Eastwood in his challenge for the leadership of the party.

Mr Eastwood launches his leadership bid tonight (Thursday) in West Belfast with the backing of the Attwood brothers – MLA Alex and City Councillor Tim – as well as Councillor Brian Heading. The 32-year-old is challenging party leader Alasdair McDonnell MP for the position. The result will be known at the party conference in mid-November.

Mr Eastwood spoke to Daily Belfast about why he has chosen the Grosvenor Road’s Hive, a venue belonging to local social enterprise group the NOW Project, as the place to launch the bid and about what his vision is for the party. The Loaf Café and Bakery, also on the Grosvenor, was the initial choice for the event but such are the numbers expected to attend that the venue was changed to the larger event space at the last minute.

“Why not West Belfast?” said Mr Eastwood when we asked him why he chose the district for the launch of his campaign. “It’s an area where we would like to see the party grow, the Grosvenor area is an area of renewal and the venue itself is a social economy, this all works in with our vision for the future. It surely beats a stuffy hotel room and that in itself is reflective of the changing face of the SDLP.”

Mr Eastwood said it’s time for a change and he cited West Belfast’s election results to highlight his point.

“The election results have shown change is needed, particularly in Belfast where the entire SDLP vote at the last Westminster election was 16,500. In 1997 when we lost in West Belfast, the number of voters in that constituency alone was 17,753. It is obvious things need to change.

“I think I can begin to turn things around in what will be a long process but I am ready and able for the work. Inspired by giants of the likes of Hume and Mallon and by those who traipsed the street for votes, were killed and threatened as they set out a vision for a democratic Ireland. I want to take their achievement and move this project forward and that begins in West Belfast on Thursday night.”

The former Derry Mayor was keen to highlight that the current party leader has played an important role, but it’s time for change.

“This isn’t about personalities,” he said. “Alasdair is a committed politician and a loyal servant of the party but I believe our membership and our supporters think it is time for change.

“I am feeling hopeful about my campaign, it is a doable challenge but there are a long four weeks ahead of travelling and talking and I’m up for that, starting with West Belfast.

“The party, membership and voters need to see that I have a vision for the future and we are a party that can start winning again.

“We can be at the forefront of pushing for all of this. What’s clear is that politics has stagnated and a new politics is needed, I have a new vision for that.”

Mr Eastwood says he is confident of the support of party members in West Belfast.

“Absolutely, Colum has my support and that of my brother Alex and Brian Heading,” he said.

“A generational shift is needed in politics in general and certainly within the SDLP. I believe Colum has the youthful energy required but also the experience to go with it and I think he will be an inspiration and a hope to a new generation of people.

“We have many wonderful young people in the party from Colum to Claire Hanna and Nichola Mallon and I think it is time for a new generation to take on the mantle of the work done by the likes of Hume and Mallon to build a better Ireland.”

Should he be successful, Mr Eastwood will be the third leader of the SDLP to hail from Derry and its youngest leader ever.