When sorry is not enough 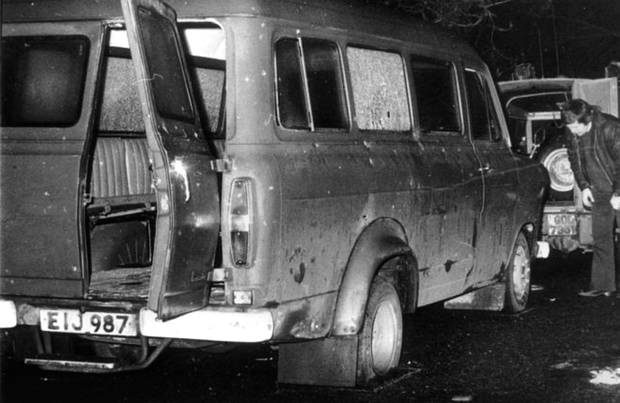 You’ve probably heard by now – there’s to be a fresh inquiry into the Kingsmill massacre. Ten Protestants were killed after they’d been ordered from their van. There was one survivor. It happened back in 1976 but in May of this year, the PSNI said they had a “potential DNA match” relating to a palm print on the getaway vehicle used in the attack. Danny Kennedy of the UUP welcomed these developments: “The families and sole survivor have waited forty years in their pursuit of maximum truth and justice for this brutal and barbaric crime. We must now wait and allow the police investigation to take its course.”

The killings have generally been attributed to the IRA, even though that organization has never admitted to carrying out the massacre. The fact that one of the leaders of the attack unit spoke with an English accent has raised the possibility of British army involvement. While nothing could justify such nightmarish blood-letting, it is worth noting that the Kingsmill killings took place the day following the shooting dead of six unarmed Catholics in their homes by the Glenanne gang, comprised of loyalist paramilitaries, members of the RUC and British soldiers.

The families of those shot dead at Kingsmill have had to wait a long time for justice, and Mr Kennedy is right to point this out. In 1999, Ian Paisley used parliamentary privilege to name one of the Reavey family as having “set up the Kingsmill massacre”. The Historical Enquiries Team investigated this claim and found that Eugene Reavey had no such involvement. Ian Paisley was called on to retract his accusation but refused to do so.

The core differences between Kingsmill and Bloody Sunday is that the former was the work of paramilitaries. Their identity hasn’t been established and so the families of victims have not received justice. In contrast the identity of the killers on Bloody Sunday has never been in doubt: the crime was committed by the British Parachute regiment. As to justice, the families had to settle for a Tory PM’s apology.

Let’s turn this around. Supposing the people who carried out the Kingsmill massacre were known and the IRA or former IRA men said they were sorry. Would such a response have satisfied the families and the general public? I think not.
But that’s what’s happened with Bloody Sunday. In addition, we’re not talking about a motley crew of illegal paramilitaries – we’re talking about the forces of law and order. Yet many people appear content that the truth has come out and the British Prime Minister has been gracious enough to say “sorry”. The people paid to protect us have gunned down fourteen innocent Catholics in broad daylight and an apology rights the wrong.

There’s only one thing worse than justice delayed and that’s justice erased.