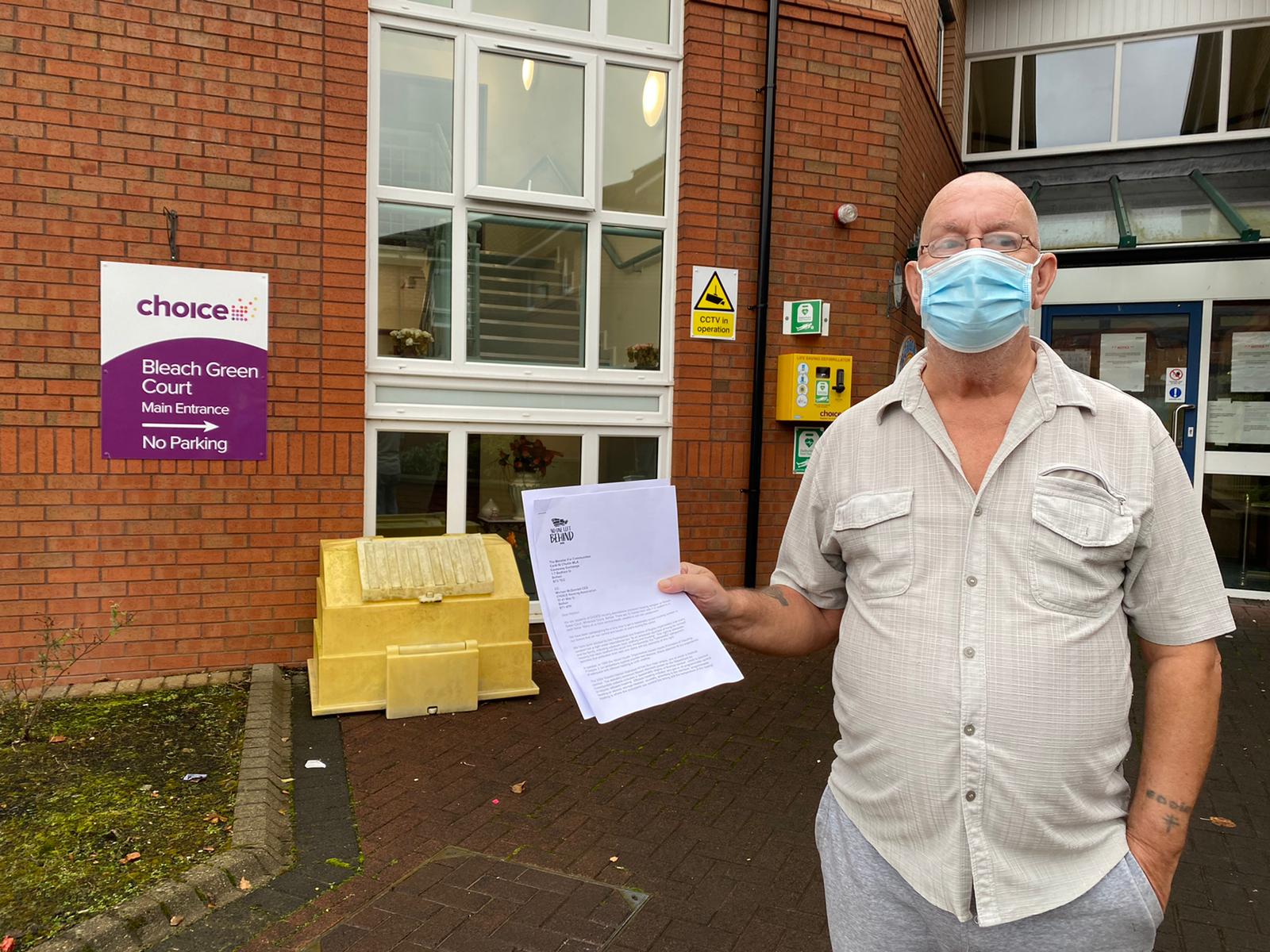 WHITEROCK pensioners who have led a three-year campaign for an adequate heating system in their sheltered accommodation complex have called on the Minister for Communities to intervene.

At present, the 32 homes in the complex share a central boiler system, which they say is prone to failure and is turned off at night.

In a letter written to Communities Minister Carál Ní Chuilín and CHOICE Housing CEO Michael McDonnell, the residents told how they have been “freezing” at nighttime.

“We currently pay £10.39 a week out of social security income or pensions for heating," say the residents in their letter.

“We have to pay the bill even when we are on holiday or in hospital for long periods.

“We never get a breakdown of how these costs are calculated.

“The heating system is turned off at night and comes back on in the morning. We have no control over the settings.

“Often we wake up in the middle of the night and are freezing.

“The situation is particularly bad for residents who have serious health conditions and rarely sleep the whole way through the night.

“We have tried everything we can to get through to decision makers at CHOICE Housing Association.”

In the letter, the residents said they now face “another cold winter on top of the harsh conditions of the pandemic.”

Speaking to the Andersonstown News, Eddie Higgins, who lives at the complex, said: “We have a communal boiler but any of the experts we’ve spoken to have said the pumps are not powerful enough to pump the heat around the building.

“Last night I tried to turn the heating on at 10 o’clock and it didn’t come on until 1 o’clock.

“A lot of people in here are on blood thinners, so they would tend to be cold. We also have people in here with cancer. One guy, who is dead now, had to go to hospital every morning to get his chemo, and he couldn’t even get a shower because there was no hot water.”

He added: “All of this has been reported, but it has been going on years.”

A spokesperson for CHOICE Housing said the “safety and wellbeing” of its tenants “is paramount”.

“With regards to our Bleach Green Court scheme, we can advise that the scheme is communally heated with modern efficient gas boilers installed less than 10 years ago.

“In October of this year, heating controls at the scheme were upgraded.  During these works, residents reported that they were unable to avail of heating for a period during the night however this was rectified as a matter of urgency.

“Choice is committed to providing cost and energy efficient heating systems for tenants. The system at Bleach Green Court is programmed to supply hot water 24 hours-a-day.  Heating is also available 24 hours-a-day throughout the colder months of October–April.

"During the summer period heating is available from 6am to 11pm and this reduction of heating throughout the night is to avoid unnecessarily high heating bills.  Tenants have individual heating controls for their apartments and are charged according to their own usage. Choice can confirm that heating statements summarising how charges are calculated and apportioned to individual heat usage are periodically issued to all tenants.”

Despite confirming receipt of the letter from residents, CHOICE Housing said “no formal complaints from residents or their representatives regarding the heating system have been received in the past 3 years.”

“Whilst the Association remains compliant with all government guidelines related to Covid-19, we would have and are happy to accommodate any request from tenants and or their representatives to meet and discuss all queries regarding the heating system,” a spokesperson added.