JUDE: Why Micheál and Jeffrey are facing joint travails 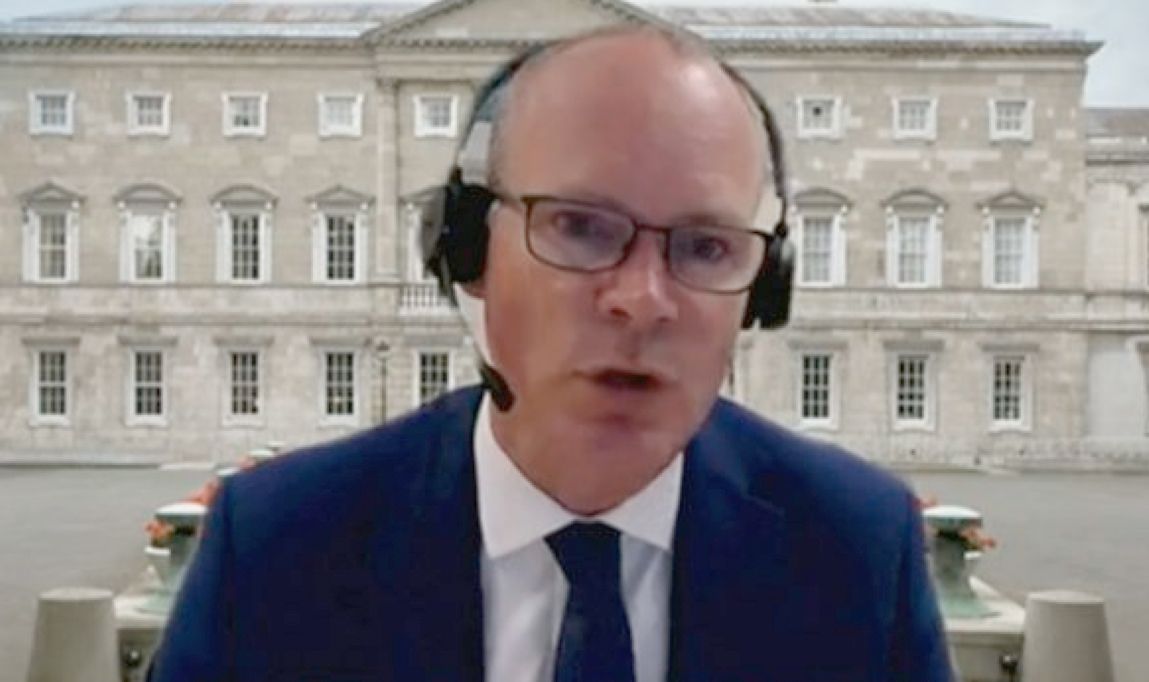 QUESTIONS: Simon Coveney giving evidence to the Committee on Foreign Affairs about the Katherine Zappone appointment – the issue continues to dog the coalition government

THERE are two political parties in Ireland  – one north, one south – and for both the unhappy state looks like getting unhappier.

In the North, the unhappy party is the DUP. It’s unhappy because the latest Lucid Talk poll shows that, since the last poll, it has slipped three per cent in the popularity ratings. Worse again, Jim Allister’s TUV has gained three per cent. And even worser, the UUP are suddenly the biggest unionist party at 16 per cent. The sum-up is UUP 16 per cent, TUV 14 per cent and DUP 13 per cent.  With the cherry on top of all that being Sinn Féin at a steady 25 per cent – nearly twice the DUP total.

It shouldn’t be like this. Jeffrey Donaldson was their shiny new leader, a man who is used to hoovering up votes like an over-priced Dyson. And God knows he’s doing his best.

That report of 50 Ways to Improve Your Police Service seemed a tailor-made opportunity.  Its stand-out recommendations were  (i) Close Crossmaglen police station; (ii)  Have joint PSNI-Gardaí patrols and (iii) Relocate plaques to RUC personnel killed during the Troubles.

Jeffrey had his mouth half-open to yell “Outrage!” when the DUP Minister for the Economy, Gordon Lyons, beat him to the punch and announced the PSNI Chief Constable must go.

New leader Jeffrey then said he was also a critical thinker, but he’d wait until he met face-to-face with the Chief Constable Simon Byrne this week before deciding if, like Gordon, he felt simple Simon should be shown the door. But the main point is, Jeffrey hasn’t provided his party with the popularity surge it hoped for.

The unhappy man in the south is – need I name him? – An Taoiseach Micheál Martin. For the past fortnight he has been trying to douse the flames from the Catherine Zappone affair, but with every day they flare higher and hotter. Micheál’s line is that Catherine Zappone getting a part-time gig at the UN in New York was no big deal, let’s focus on important stuff like housing. Alas and ochone, the opposition parties led by Sinn Féin keep demanding full disclosure on the Zappone affair, declaring it’s a straw in the wind  showing that the political era of under-the-counter favours for friends is far from over.

As if opposition pressure wasn’t bad enough, Micheál’s feet are being held to the fire by his own party. Micheál stripped Barry Cowen of his ministerial post a while back because, he claimed, controversy over Cowen’s drink-driving affair some years ago was preventing the government from getting on with more important stuff. So Cowen is now saying it should be sauce for the goose, etc. Isn’t Micheál’s glorious Housing plans being overshadowed by the Zappone affair, and shouldn’t Micheál make somebody (hello, Simon Coveney) walk the same plank he, Cowen, had to walk?

Poor Micheál. A recent Irish Mail on Sunday-Ireland Thinks poll shows that  Fine Gael’s  leader Leo Varadkar is seen as more than twice as powerful a politician as FF leader Micheál. Eleven Fianna Fáil TDs have allegedly vowed they’ll push to have Micheál replaced as party leader as soon as his term as Taoiseach ends in 2022.

Most people in the South think their government did a grand job of vaccinating the public. Most unionists in the North think Jeffrey D is a grand wee man. But Fianna Fáil are at 15 per cent while their coalition partner Fine Gael is at 24 per cent, and the DUP in the North are at 13 per cent while the UUP is at 16 per cent. Both jurisdictions have the same cherry on top: Sinn Féin. In the south they are at 30 per cent, in the north at 25 per cent.

Poor Micheál. Poor Jeffrey. They must both be muttering through clenched teeth the same plea: “Will no one rid us of these turbulent Shinners?”