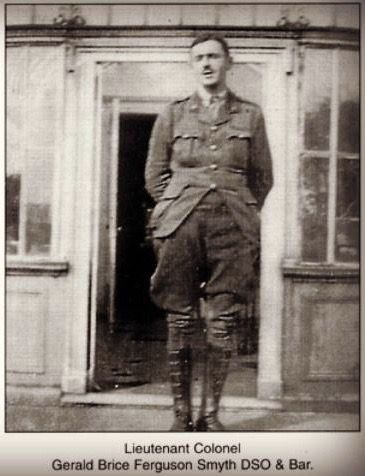 I LISTENED to Boris Johnston last week telling us about his love for the ‘union’ and the forthcoming celebration of the centenary of “this wee place.” I found myself wondering how much he knows (or cares) about the north of Ireland and the conditions and atmosphere here when partition was introduced here almost 100 years ago.

In 1920 the Ulster Unionist leader Edward Carson used his Twelfth of July speech to 25,000 Orangemen at the field in Finaghy to deliver an incendiary message: "We must proclaim today clearly that come what will and be the consequences what they may, we in Ulster will tolerate no Sinn Féin – no Sinn Féin organisation, no Sinn Féin methods… And these are not mere words. I hate words without action."

Prior to that there had been two months of sectarian violence in Derry where more than 40 people were killed as security forces turned a blind eye to UVF gunfire. During this period  there were many IRA attacks on RIC barracks in Monaghan, Cavan, Armagh, Tyrone and Down. Ambushes on railways in Ulster were becoming almost daily occurrences.

The IRA Belfast Brigade joined other units in attacks on tax offices to mark the anniversary of the 1916 Rising. The increased activity in Ulster led to Carson's claims of a Sinn Féin "invasion of Ulster".

1920-22 was a dark period in the north that saw that the Irish War of Independence and the creation of Northern Ireland. From the summer of 1920 to the autumn of 1922, political violence in Belfast cost around 470 people their lives, with over 1,000 wounded.

Days after Carson's Twelfth of July speech, the RIC divisional commissioner of Munster, Colonel Gerald Smythe,  a native of Banbridge in Co Down, was killed by the IRA in Cork. In the leather chair in the smoking room of Cork and County Club, 34-year-old Smythe, who had lost an arm in his military career, was relaxing after a strenuous day when a group of gunmen rushed in. “That's him,” said one pointing to him. Col Smyth fell to the floor riddled with over 20 bullets. When they later lifted his body, police found his only hand gripping his undrawn revolver in his jacket pocket. His assassination came after he had told RIC men to shoot when in doubt and that the more they shot the better he would think of them.

After his burial in Banbridge, local Catholics and their property were viciously attacked as well as in nearby Dromore and Lisburn, with many Catholics chased from their jobs and their homes burned. The violence then spread to Belfast.

The narrative around the upcoming northern state centenary must not go unchallenged. The partitioning of Ireland has been a disaster for us all. It should present new opportunities and ideas for a new way forward. pic.twitter.com/AZ4lpAVM04

Returning from the Twelfth of July holiday on July 21, shipyard workers were greeted by notices calling for a meeting of “all Unionist and Protestant workers” during the lunch-hour outside Workman Clark's yard that day. The meeting called for the expulsion of all “non-loyal” workers from the shipyards.

Straight afterwards, a mob went on a rampage looking for potential victims. Some workers, fearing the worst, left before lunchtime. Some more unfortunate workers were stripped to their undergarments in a search for Catholic emblems such as rosary beads.

Many were severely beaten. Others, whilst swimming to safety across the Musgrave Channel, were struck by 'shipyard confetti' of iron nuts, bolts, ship rivets and pieces of sharp steel. That night there was fierce rioting in the Market, Short Strand  and Falls districts. Next day in Westminster Sir Harmar Greenwood, Chief Secretary for Ireland, told the House that three were killed and seventy people treated in hospital. Nationalist TP O’Connor laid the blame at Sir Edward Carson’s feet for his speech at Finaghy. Carson was unrepentant. Referring to the killing of Col Smyth, he said: “Could the House expect the people of the North to have no feelings about what happened? The shipyard men had held a meeting of indignation and protest. Was it any wonder that this led to excitement? Is it any wonder that finding men standing around belonging to the body of those who were the murderers of this man that it should not lead to retaliation?”

If Brexit goes through, Mrs May’s disgraceful ‘festival of Great Britain & Northern Ireland,’ to celebrate the centenary of Irish partition, will possibly be in the year of a referendum to create a single Irish state - brought about by her Brexit policy of partitioning Europe

There was more serious trouble later that evening. British troops opened fire on the Kashmir Road some time after skirmishes between local residents and workers in Mackie’s Foundry. A member of the Clonard community lost his life. By the weekend there were 14 more deaths. The trouble was just beginning.

Just over a month later, on August 22, another northern detective was assassinated by the IRA in Lisburn. DI Oswald Swanzy was walking home from church when four men accosted him and his friends in Railway Street. His companions were told to stand off and five shots rang out. As Swanzy lay dead on the footpath the assassins  made their escape by car towards Belfast. Swanzy had been blamed for the death of Cork Mayor Thomas Mac Curtain some weeks earlier before being transferred to Lisburn. Throughout the sunlit afternoon of Sunday, August 23 Catholic-owned businesses in Lisburn were attacked and burned. Henry Dornan’s butcher shop was first to get torched. Public houses, shops and the AOH hall were set on fire and looted while local police looked on. Reports stated that police reinforcements were drafted in but “were unable to contain the anarchy in Lisburn as the mob could not be held back.”

The vast majority of Catholic families were forced to flee from the town. Some took trains to Belfast or Newry. Many had to walk to Belfast, crossing the Divis Mountain en route. The rioting spread to Belfast, where 22 people were killed in just five days. On August 30, the military authorities brought in a curfew from 10.30pm to 5am for the Belfast area. It was to last, with variations in the times, until 1924.

There also grew a great distrust between the Catholic population of Belfast and the new Northern Ireland security forces – the Royal Ulster Constabulary and the Ulster Special Constabulary – who unlike their predecessors in the RIC were almost wholly Protestant and unionist and who on a number of occasions  carried out, in uniform, reprisal killings of Catholics.

In June 1921 the British king, George V, travelled to Belfast and addressed the opening of the Northern Ireland parliament:

“May this historic gathering be the prelude of a day in which the Irish people, North and South, under one parliament or two, as those parliaments may themselves decide, shall work together in common love for Ireland upon the sure foundations of mutual justice and respect.”

Boris Johnston might well reflect on the king’s words. Given the desire of Scotland to leave the union he might even allow ‘this wee place’ to go as well and consider himself becoming the ruler of England and Wales.

Perhaps he might find a suitable slogan to execute this move: NIexit; Ulsterout.

Who knows, maybe someone fluent in Ulster Scots will come up with a cracker.