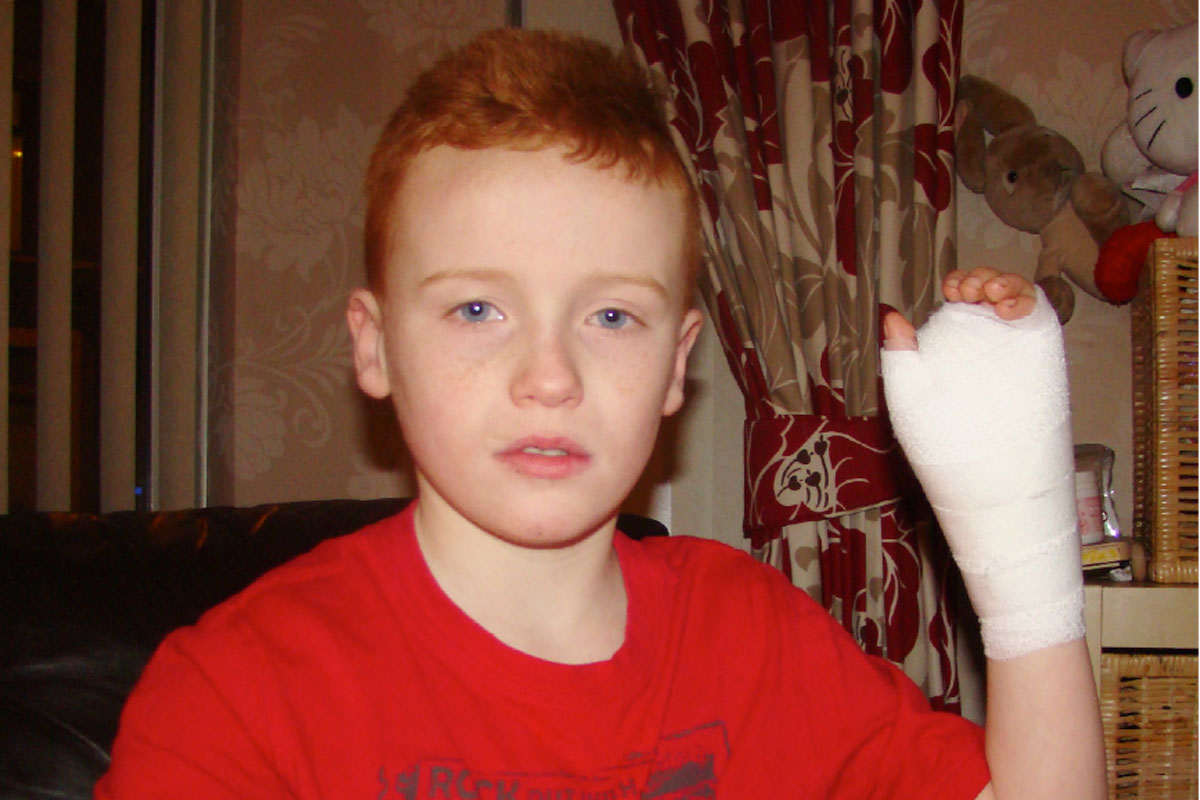 A North Belfast boy has been left shocked and shaken after he was bitten by a dog and had to undergo emergency surgery this week. Newington 10-year-old John McGrath was bitten by the dog in the Grove playing fields on Monday. The youngster had been running through the park when the dog bit him on the hand, severely damaging his tendons.

He was rushed to the Ulster Hospital in Dundonald where at first it was feared he would lose his thumb. However surgery was able to repair the damage and the Holy Family Primary School pupil was released from hospital late on Wednesday.

The child’s parents were too distressed to speak on the incident but local community representative Kevin Murphy, who knows the family well, said the keen young boxer has been left traumatised.

“John’s parents are very upset by this and are just too distressed to speak about it at the minute,” he said.

“At first the damage to his hand looked so bad they thought he might even lose his thumb because the tendons were so badly damaged. But after surgery it isn’t as bad as that and he was able to get home last night (Wednesday). He is very shocked and shaken by it all as you can imagine.”

Kevin said the Atlantic Avenue youngster is a keen Holy Family boxer and has had to give up the sport until his injuries heal.

“This young lad is involved in different sports around the area and had to inform his local boxing club for one that he would be unable to attend for quite some time. So he is obviously upset about that too.”

A PSNI spokeswoman confirmed they attended a report of an incident at the York Road area on Monday.

"This is now a matter for the Belfast City Council's dog warden's department," she added.