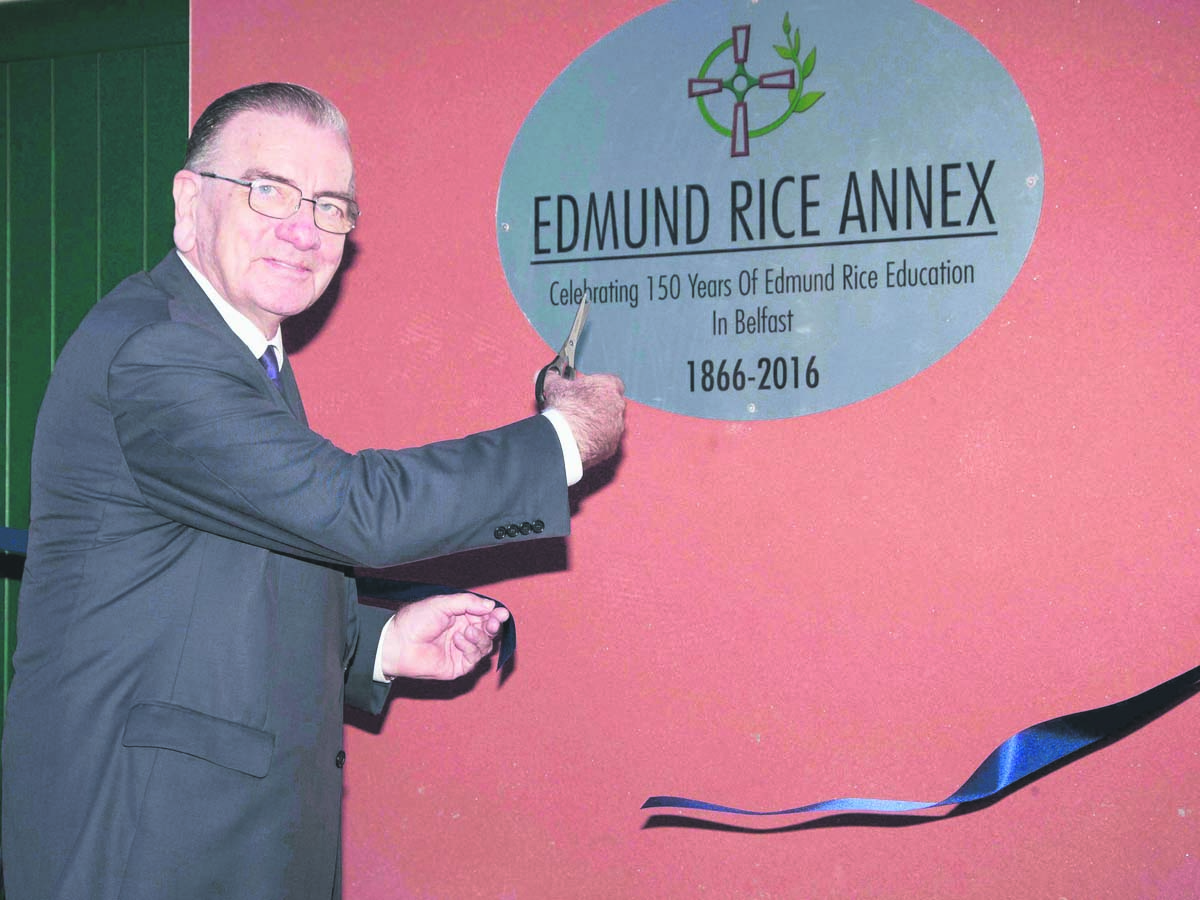 A Mass to commemorate the arrival of the Christian Brothers in Belfast 150 years ago has been celebrated in to mark the impact on education of the holy order.

November 12, 1866 was the date that four Christian Brothers arrived in Belfast to begin teaching in St Mary’s in Divis Street. The Brothers had been invited by Dr Patrick Dorrian, Bishop of Down and Connor, to educate the working class and “ragged” children of this heavily populated area of Belfast where housing conditions were over-crowded and poverty rife.

The Brothers came with a reputation as exceptional teachers who had dedicated their lives to the rule established by their founder, Blessed Edmund Rice. They worked tirelessly with a belief in the transforming and emancipating powers of education and such was their impact in St Mary’s that they were asked to take on teaching responsibilities in St Patrick’s in Donegall Street, and four more Brothers arrived there on November 27, 1867.

They were to expand further into the north of the city to Hardinge Street in the New Lodge, before moving to Glengormley to found Hightown Road Christian Brothers School which has since become Edmund Rice College.

Bishop Noel Treanor presided at the Mass with Bishop Patrick Walsh acting as the main celebrant. The homily was given by the Reverend Tim Bartlett. All three clerics are former Christian Brothers pupils.

The Mass was followed by by a reception and exhibition in the Westcourt Centre, Barrack Street, illustrating the contribution of the Christian Brothers and the Edmund Rice Schools Trust to education in the city of Belfast.