1916 centenary year full of so many great events 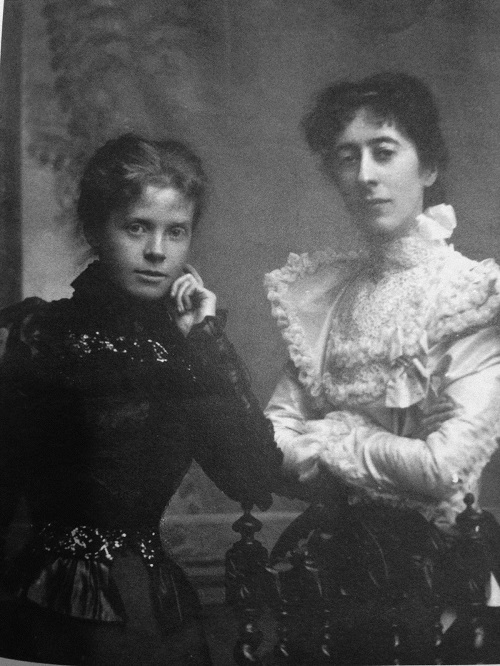 AS WE head to the final quarter of 2016, I have to say I’ve always felt that a year only starts when St Brigid’s Day has come, and it has all but ended when the All-Ireland football final has been played.

I think it’s worth reflecting how successful the celebration of the centenary of the Easter Rising in 1916 has been. For me, the highlights in Dublin began with the re-enactment of O’Donovan Rossa’s funeral on August 2015 and ended with the events in O’Connell Street on Sunday, April 24 (the actual centenary of the Rising) followed by a pageant in Croke Park in front of 82,000 people. In between, a tour led by Lorcan Collins, the display of original 1916 memorabilia in the Ambassador Theatre, the exhibition in the GPO and a guided visit to Glasnevin Cemetery were great experiences.

Here in Belfast we have had some memorable events too. The annual Easter parade was much larger than usual and attracted a great crowd. Each district of Belfast had their own events with plays staged and commemorative statues and plaques unveiled, remembering the Belfast connections of figures such as James Connolly, Seán Mac Diarmada and Charlie Monahan. The annual Féile included a number of lectures and events exploring different aspects of the Rising. I was fortunate enough to see the staging of Brassneck Theatre’s Belfast Rising, a special drama starring Tony Devlin and Seainín Brennan. We had a number of events in North Belfast, culminating in a dramatic street theatre production on the life of Winnie Carney and the unveiling of a plaque at 3 Whiterock Parade, where Winnie came to live. This was complimented by a series of talks at St Enda’s Hightown Road (Belfast Rising will be staged at St Enda’s at the end of October, I strongly recommend you go along). During the year it was gratifying that the upkeep of the Greencastle grave of the Fenian leader Robert Johnston, who lived in various houses in the Antrim Road district, has now been undertaken by the National Graves’ Association. As a member of the Supreme Council of the IRB, Johnston played an important role kindling the Gaelic revival which led to the events of 1916. His daughter, Anna, also known by the pen name Ethna Carberry, was part of the revival too. Anna tragically died in 1901 and is buried in Frosses, County Donegal. She is remembered on the headstone of her parents’ grave in Greencastle. Anna was a colleague of another notable Irish patriot who, though born in Tyrone, spent many years in Belfast. Her name is Alice Milligan.

The Milligan family moved from Omagh to Belfast in 1879 when their father Seaton, a commercial traveller, became an executive for Robertson, Hawkins & Ledlie, who traded from Bank Buildings, Belfast’s first department store, in Castle Place. After four years at Royal Terrace on the Lisburn Road they moved to Antrim Road near Cave Hill. The family were Methodists. Then, Methodism offered Irish girls of wealthy parents educational opportunities unrivalled by any other religious organisation in the nineteenth century. The five sisters and four brothers were provided with a privileged and enlightened education at Methodist College. The college was unique in that it admitted female pupils from its foundation in 1868. The family were described as liberal unionists. Seaton Milligan was a member of the Irish Naturalist Field Club, who encouraged all the family to take an interest in Irish music and folklore. They all did, but the second oldest of the family, Alice, went a stage further and became an ardent nationalist.

In 1892, the poet James Cousins wrote that the Protestant community in Belfast regarded Alice Milligan as one of the “isolated cases” of Protestants who had joined in the national struggle for democracy. This “red-headed Nationalist” was a figure of gossip and controversy and was branded a “black mark” on her family’s reputation. By the 1890s she regarded herself as a citizen of the Republic she wanted to live in, rather than a colonised subject of the Empire in which she actually lived.

By October 1895, Milligan, having founded the Irish Women’s Association, whose members included the poet Mary Hobson, mother of Bulmer and novelist Moira Prender, became joint editor of The Northern Patriot, a monthly magazine sponsored by the McCracken Society.

Members objected to a note about the Amnesty Association and when they learned that Ethna Carberry was the daughter of a Fenian leader they demanded her resignation, asking Alice Milligan to carry on by herself. A debate followed with letters appearing daily in the United Ireland newspaper. Milligan refused to give in. Then one day the Rev JB Armour, a Presbyterian Minister who was to be an ardent supporter of Home Rule in 1912, walked through the door and donated a sum of money enabling the two girls to start their own magazine, The Shan Van Vocht. This had great success for over three years with a subscription list throughout Ireland and countries such as Scotland, England, USA and Argentina.

When they decided to finish they gave the subscriber list to Arthur Griffith to launch The United Irishman. In their magazine they drew attention to arrangements to celebrate the anniversary of the 1798 United Irishmen rebellion. On New Year’s Eve 1897, Alice Milligan led a delegation up Cave Hill. On McArt’s Fort they lit a bonfire and pledged their loyalty to the principles that had been envisaged on the same spot some one hundred years before. In August 1898 she was one of the group which symbolically carried a piece of rock hewn from Cave Hill to Dublin as the foundation stone for the statue of Wolfe Tone. On the morning of the execution of her friend Roger Casement she stood outside Pentonville Prison.

Last weekend as part of the Benedict Kiely Literary Weekend in Omagh, Aisling Ghearr presented the drama Alice Milligan – a Girl of Genius to mark the 150th anniversary of her birth, she was born on September 14, 1866 and died on April 13, 1953.
She recalled in her poem When I was a Little Girl her nurse trying to scare her turning the Fenians into bogey men:

Come in! For it’s growing late,
And the grass will wet ye!
Come in! Or when it’s dark
The Fenians will get ye.
But a later verse shows the threat has had the opposite effect
But one little rebel there,
Watching all with laughter,
Thought,‘When the Fenians come
I’ll rise and go after.’
Alice Milligan is all but forgotten. Surely it’s time that she was honoured in Belfast.