200 YOUTHS ON RAMPAGE HOURS BEFORE MURDER 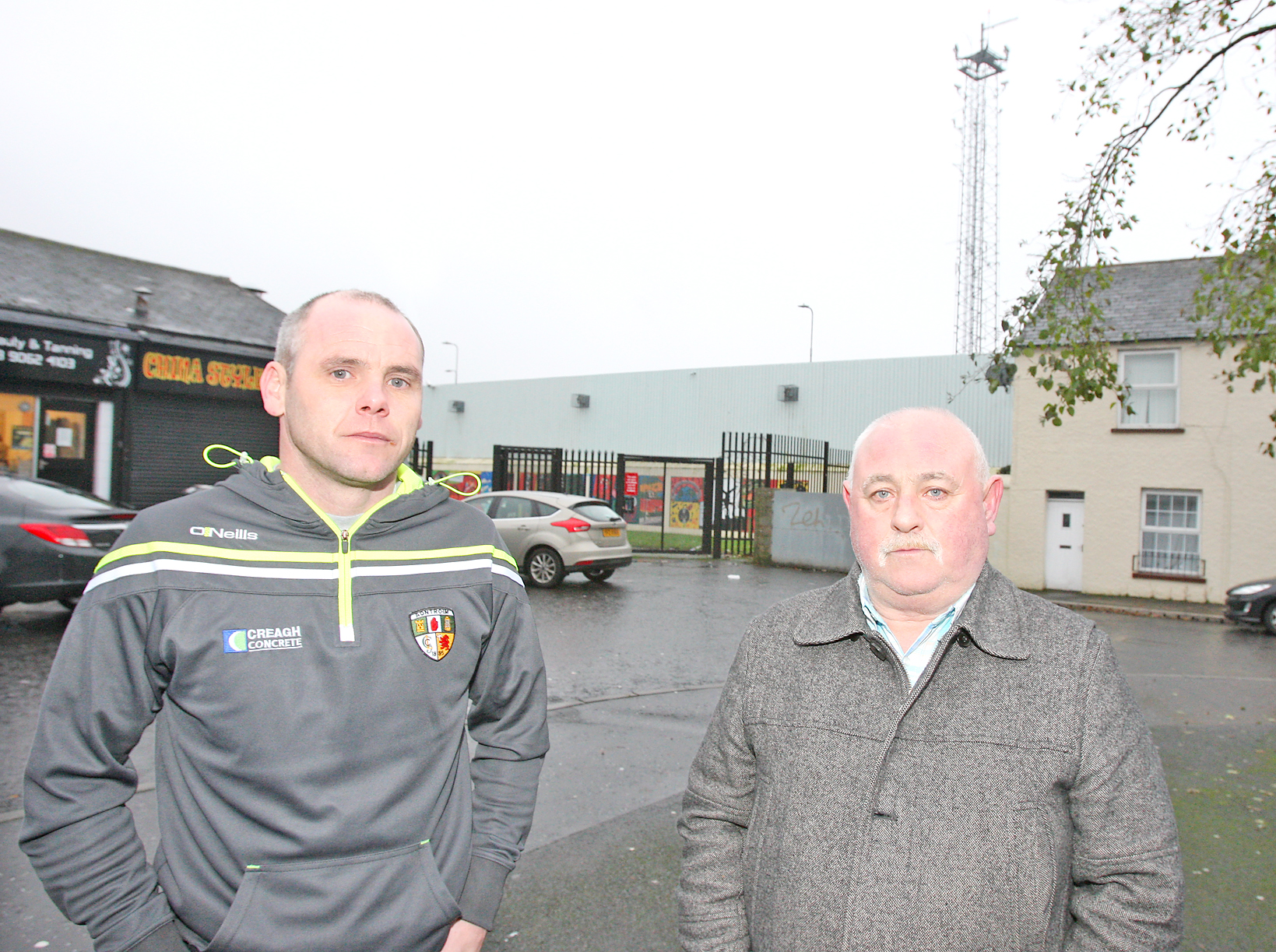 EARLIER on the same night that 20-year-old Christopher Meli was murdered in Twinbrook, gangs of youths went on the rampage in the shadow of Woodbourne police station – less than a mile away – causing mayhem, damage and physically assaulting a young girl at a bus stop.

Despite Friday night’s carnage on the PSNI’s doorstep and at least six calls to the police, including two 999 calls, police took 80 minutes to respond and sent just two officers to tackle the 200-strong crowd.

In the early hours of Saturday morning the body of 20-year-old father-of-one Christopher Meli was discovered near homes at Glasvey Close after being attacked by a large crowd of youths. For months the Andersonstown News has been reporting on large groups gathering along the Stewartstown Road with residents appealing to the PSNI to tackle the anti-social behaviour.

On Saturday, large crowds of young people again returned to the same area at the bottom of the Suffolk Road and attacked a Santa’s grotto in the Colin Glen Forest Park resulting in families having to be escorted to the main building and locked in until police arrived.

The Greater Andersonstown Safer Neighbourhood Project (GASNP) were on the ground on Friday and were among those who met with the police on Tuesday to discuss the weekend’s trouble. Yesterday they told us that the officers had “no answers” when tackled about their response on Friday night.

Meanwhile, the mother of the 14 year-old girl who was attacked by a group of eight to 10 males as she waited on a bus around 10 o’clock on Friday says she wants the PSNI to check the many CCTV cameras at Woodbourne station to find out who attacked her daughter.

The mother, who wishes to remain anonymous, said her daughter had walked to a bus stop between Blacks Road and Glengoland to catch a bus home when she was “jumped”.

“She was attacked from behind by a group of fellas,” she said. “She was hit on the back of the head and trailed to the ground, they only ran off because my daughter was squealing and some other kids ran from Glengoland to help.

“I took her to A&E for injuries to her head, face and wrist and we were there for a load of hours. On our way back, I saw Glasvey had been cordoned off and we now know what happened there. My heart goes out to the Meli family on the loss of their innocent son, it could have been anyone, it could have been my daughter. It’s heartbreaking for them.”

Marty Black and Sean Lennon of GASNP were at the Suffolk shops on Friday and witnessed first hand the destruction that took place.

“On Friday night there were about 200 youths gathered outside the shops at the bottom of the Suffolk Road,” said Marty. “They were breaking the fences at the Colin Glen Forest to get in there, they were fighting with each other, they were using the doorways of people’s homes to go to the toilet and there was also an assault on a girl at a bus stop on the Stewartstown Road.

“At least four or five calls were made to the PSNI’s 101 number, two were made to 999 and a local councillor personally called a PSNI inspector to tell them what was going on. The cops came after an hour and twenty minutes and it was one police jeep with only two officers which is ridiculous given what was happening.”

Sean explained that the crowds were even bigger on Saturday night, despite the murder of Christopher Meli.

“On Saturday evening,” he said, “the crowds stormed Santa’s grotto in the forest and Santa, the elves and families had to be escorted into the main building and locked in until the police arrived. It was crazy.

“This has been going on for about seven months and last weekend was pretty bad. Saturday night was worse in terms of numbers, but in light of what happened the night before, there was a bigger police response.”

Marty was among a delegation who met with the PSNI on Tuesday afternoon to discuss the mayhem and police’s lack of response.

“We met with the police and they were able to give us no answers about their response on Friday night but have said the neighbourhood team will be on the ground this weekend,” he said.

“Residents are at their wits’ end here and are crying out for help so we have organised a ‘reclaim the area’ event for this Friday at 7pm and we want all residents and politicians and community workers to be here to show that this situation cannot continue, we all need to do it together.”

We put the criticism to the PSNI who confirmed they had received a number of calls about the activity in the Suffolk Road area.

“Officers endeavour to respond to calls as and when they come in however due to the volume of calls these have to be prioritized,” said a spokesman. “Officers are committed to delivering a professional service to everyone in the local area and while it is necessary to prioritise calls, officers respond as efficiently and effectively as possible.

“Enquiries are ongoing in relation to the report of an assault of a teenage girl on the Suffolk Road at around 10pm who suffered cuts and bruising after reportedly being attacked by a group of youths in dark clothing.”

The PSNI’s Inspector Alan Swann told us that they are working on a long-term solution to combat anti-social activity.