50th Anniversary: The changing face of the Falls Road 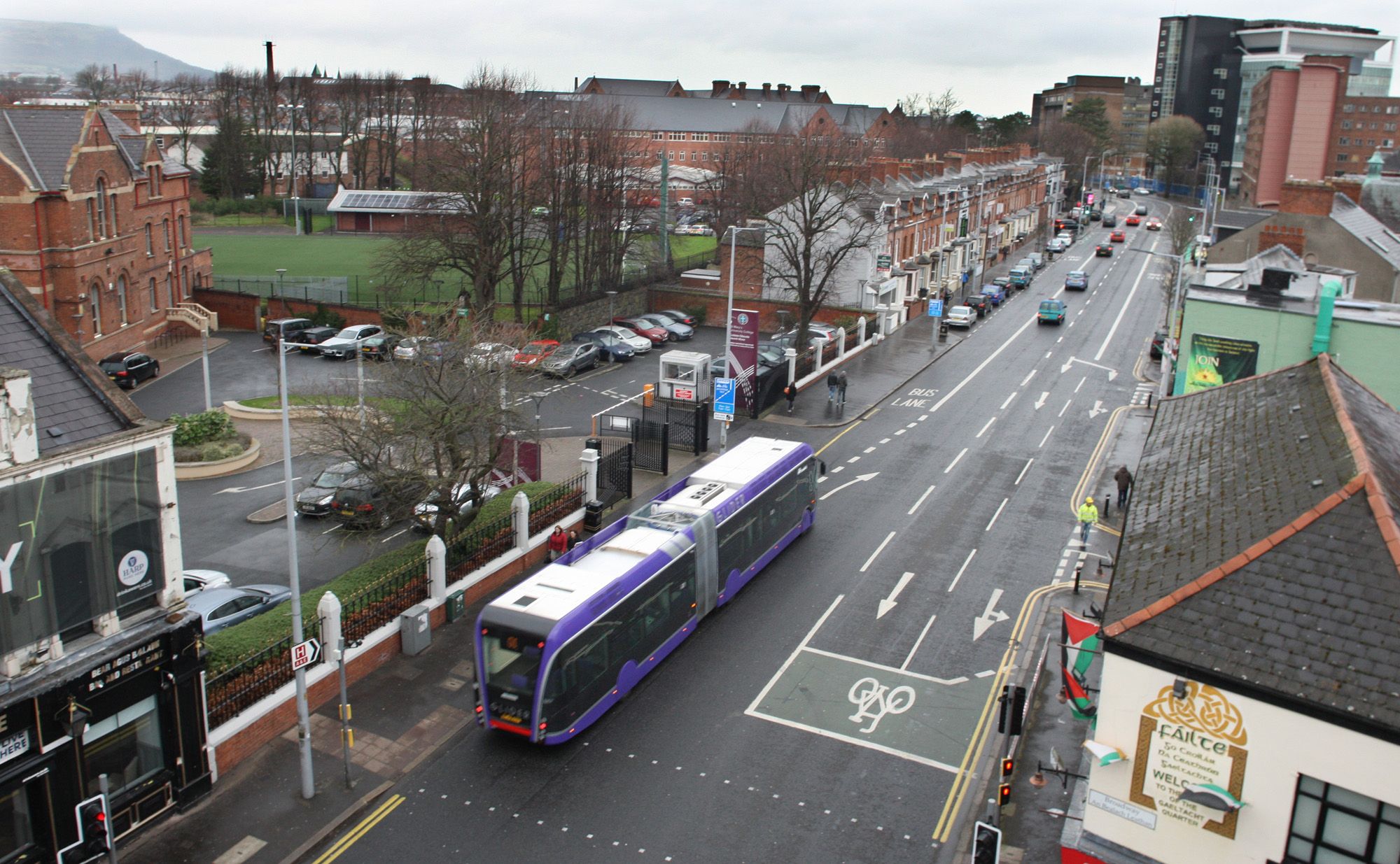 When the Andersonstown News first hit the streets back in 1972, West Belfast and the North of Ireland were in the middle of what would be the worst year of the Troubles.

More people died in 1972 than any other year of the conflict and the pages of the new community paper reported on the death and destruction that had become part of daily life in West Belfast.

The Falls suffered more than most. Internment, house searches, rioting, funerals, shootings, explosions, hunger-strikes, bad housing. When the buses refused to come into the area, the black taxis could always be relied upon and over the years the service grew and grew to become the most popular transport system.

Looking back, 50 years on, many of the landmarks that were a backdrop to these events are no longer with us, while others have been repurposed and given new life. It’s those changes that measure the distance that we have travelled.

Built in the late sixties. it was not until the early ’90s that Divis Flats were finally demolished after years of campaigning from residents who were living in the worst housing conditions in Europe. Many were sad to see the famous Celtic Park give way to a brand new shopping mall at the Park Centre.

Divis Street is the latest stretch of road to see redevelopment, with the opening of the Raidió Fáilte, and will soon welcome the new St Comgall’s School renovation which is set to transform the area.

Indeed public realm schemes have brightened up the length and breadth of the Falls Road. St Mary’s University College has opened itself up to the front of the road and is very much part of the community. We have also seen the transformation of the Falls Leisure Centre at the old Falls Baths. The Gaeltacht Quarter has introduced a new energy into the Falls with Áras na bhFál at the corner of Broadway, the Cultúrlann in the old Broadway Presbyterian church, and Spórtlann at Beechmount.

And the thousands of young people going to and from our schools in the morning and afternoon show that the future of the Falls is assured as we look forward to another 50 years.