Only girl in the world in the New Lodge 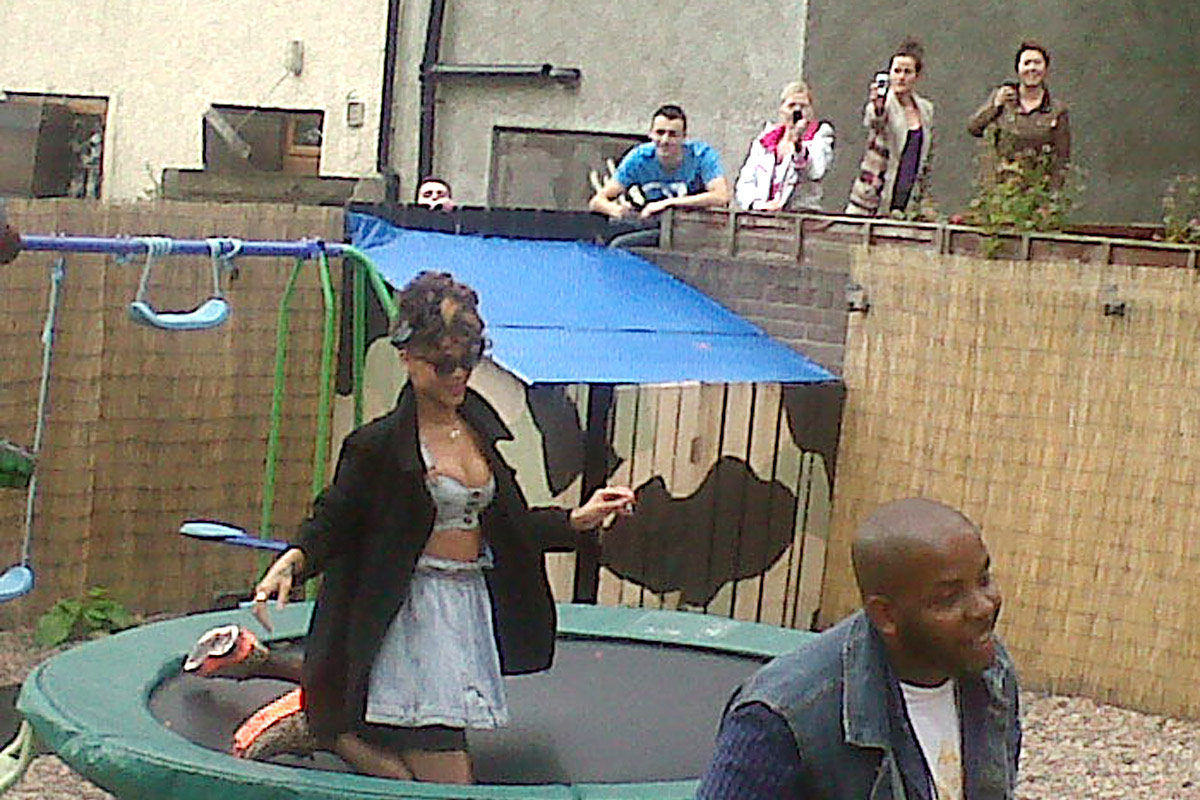 As pop superstar Rihanna brought the New Lodge area to a standstill this week the local man who allowed the singer to use his home to have her hair and make up done was taking it all in his stride.

Paddy McCloskey is now joking he might have a blue plaque erected outside his New Lodge home such is the interest in the Barbados-born pop star’s visit. The father of four explained how Tuesday had just started as an ordinary day when he was approached by Rihanna’s team asking could they use his home for the singer as she filmed her latest video in North Belfast.

“I was just standing outside my front door having a cup of tea when some of her film crew came over and asked could they use the house” he said.

“We didn’t know who it was for but 15 minutes later Rihanna showed up. She was here for over five hours in and out getting changed and having her make up done.”

Paddy said although none of the family actually got to talk to the Umbrella singer, he said his teenage son and daughter were delighted to have the Bajan beauty in their home.

“We didn’t get to talk to her because she was so busy but my son who is 17 and my daughter who is 19 were delighted,” he said,

“It’s not every day you get someone like that in your living room.”

Later on Tuesday night Rihanna even went into Paddy’s back garden for a jump on his trampoline as photographers and local children spied over the wall.

“The place was just madness, there were photographers and kids everywhere, I’ve never seen anything like it.

“My phone hasn’t stopped with people asking me to do interviews and my daughter has done a few too. I feel like getting a blue plaque outside my door to say she’d been here,” he laughed.