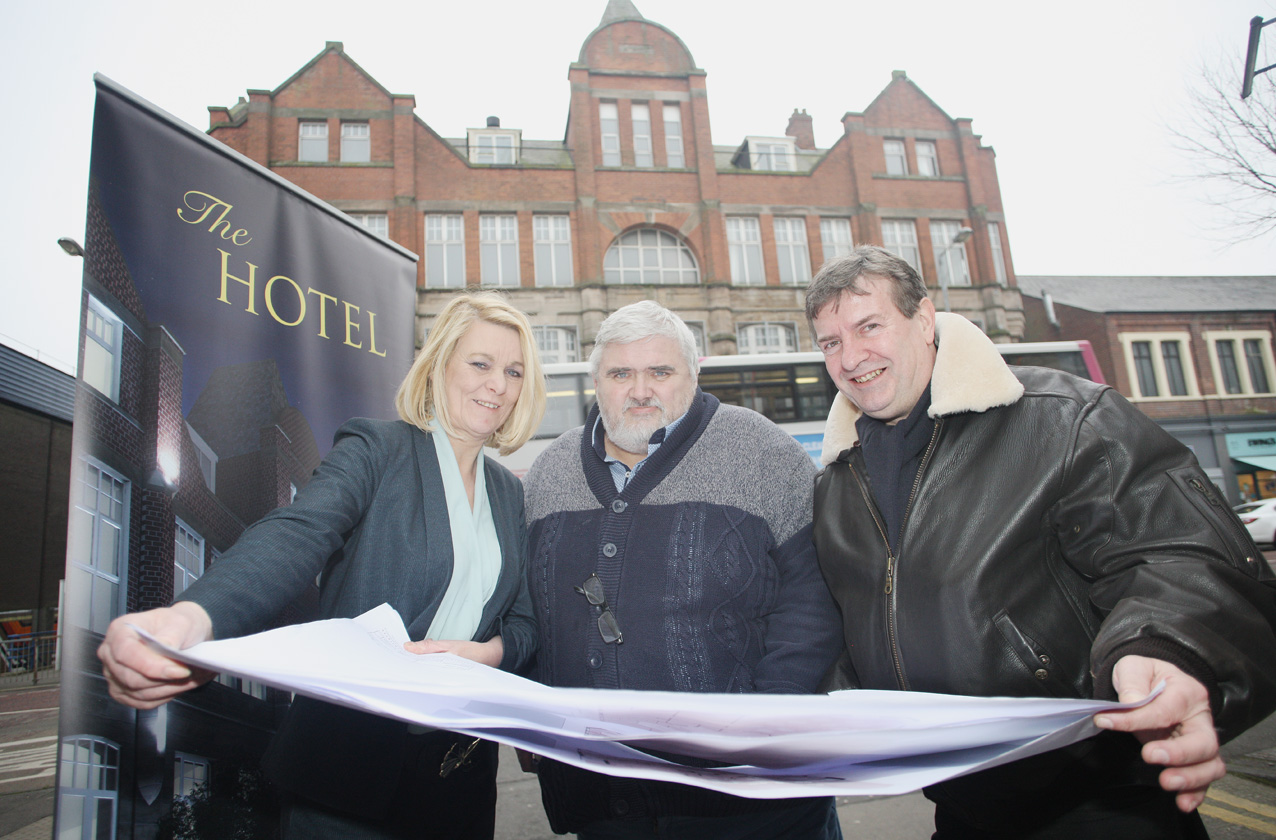 A groundbreaking project that will see one of the most famous buildings on the Shankill turned into a four-star Titanic-themed hotel will help spark the regeneration of the famous road, the people behind the project have predicted.

Argyll Business Centre is to take control of the old Shankill Road Mission Presbyterian Church and start the long journey to converting it into the state-of-the-art 50-bedroom Belfast Titanic Hotel – the first of its kind in the area.

But delivering that vision to the Shankill is only one part of the objective, as the hotel will be operated as a social enterprise and train local people up in all aspects of hospitality to give them skills for a career.

Drennan McBride said the hotel could be the kick-start that the Shankill has been looking for.

“We inherited Argyle about seven years ago and kicked in a lot of business strategies that took us from 40 per cent occupied with 60 people to over 400 employed and 100 per cent full,” he said.

“We have gone from the smallest enterprise agency in Belfast to the second biggest.”

After re-establishing the enterprise park Drennan said they became aware that the old Shankill Road Mission was up for sale and they began to explore ideas as to what it could become.

“We were thinking that with the university coming and knowing the Mission was for sale that it could be turned into managed accomm-odation.

“But that idea progressed though a backpackers’ hostel to developing a four-star hotel with a focus on training.”

The training programme will prepare local people for a job in the hospitality industry, either in the Shankill hotel or in other establishments. The aim is to have 100 trainees graduating a year.

“A key driver has to be the level of training offered,” continued Drennan. “We don’t want to open the hotel and the only jobs in it for local people are security roles.

“The whole idea behind this is that it’s open for anyone to come in. They don’t need a paper qualification but they do have to have a bit of drive and ambition.”

Drennan says there’s a great deal of optimism about the ambitious new project.

“A feasibility study has been completed along with an economic appraisal and they have come back positive.

“At least five individuals and corporations have expressed an interest in buying this project off us, which shows its potential. We now need a business plan and that will be done very shortly.”

Donna Smyth said they were excited about what the project would mean.

“The whole project can be summed up for us in one word – opportunity. People ask us what the model is and it doesn’t exist anywhere.

“It’s the ripple effect. We will have a buy-local policy so If we get a local firm to supply the uniforms then they employ people for the contract – it’s like dropping a stone in water.

“We want the people of the Shankill to look at this with pride.”

The project has the backing of all the main policital parties and Walter McCrea from the Greater Shankill Traders’ Forum said he believed there is huge potential for the project and excitement about the future.

“People with money don’t want to put it into our areas but when the see something like this they might just change their minds,” said Walter.