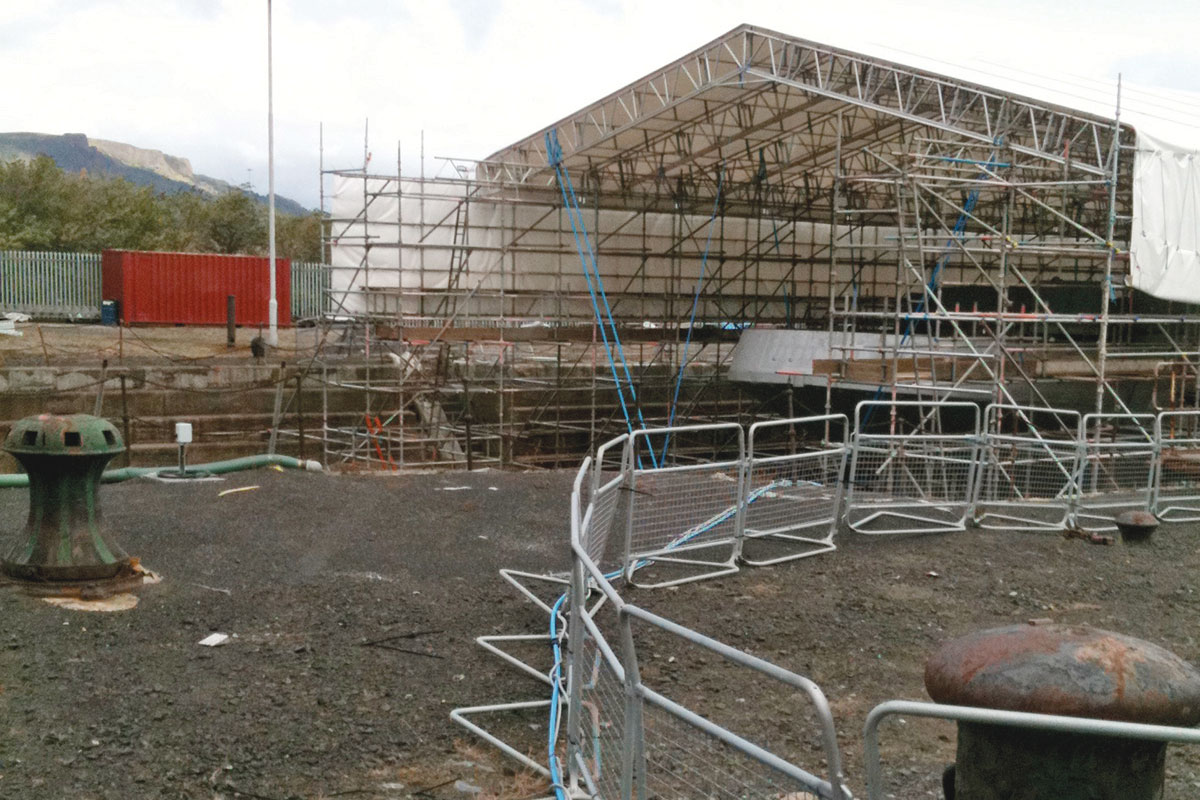 That silver thing you can see protruding from the back end of this large dockside marquee (right) is the stern of the Nomadic, the Titanic service ship that the Department for Social Development bought at auction in Paris for £200,000 of your money and mine and which is currently  in the throes of a refurbishment eventually expected to cost a figure somewhere north of £7 million.

Experts tell Squinter that the superstructure of the boat is silver thanks to the huge amount of angle-grinding required to remove the results of exposure to wind, sea, barnacles, rain and salt. Not sea salt, of course, but salt from the tears of laughter of that French auctioneer.

Why is it that they’re spending so much money on hiding the Nomadic from us? After all, we own it, don’t we? And there are many people – not all of them maritime anoraks – interested in seeing how the work progresses, just as they’re following with interest the final stages in the building of the nearby Titanic signature building.

It now remains to be seen what colour they’re going to paint the boat now that the priming has been done. There are too many obvious jokes on this subject, so Squinter will leave you to come up with your own.