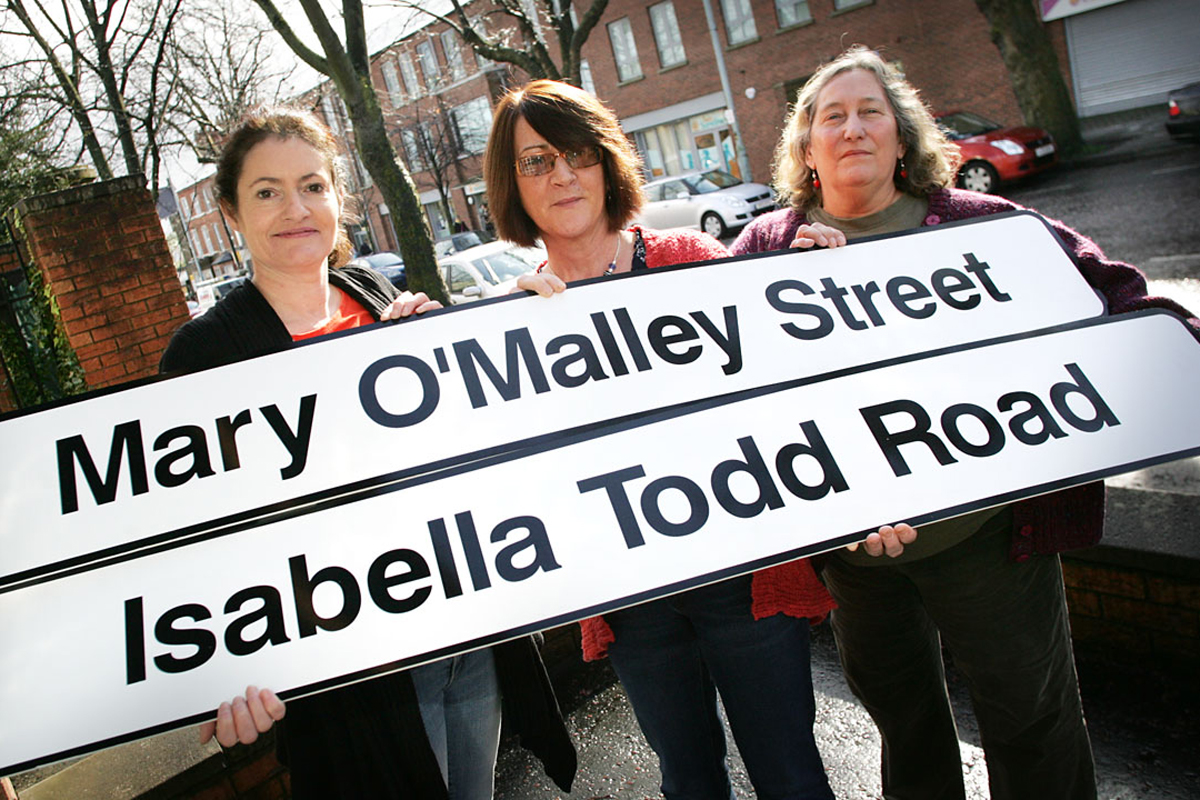 A COLLECTION of street signs are to be unveiled marking the achievements of South Belfast heroines for International Women’s Day.

This week, three local roads will be unofficially renamed in honour of the local women who made significant differences to their communities over the years.

The Ormeau Road, will see a sign reading Joyce McCartan Road in honour of the local peace campaigner. Meanwhile, University Road will become Isabella Todd Road after the 19th century Suffragette who campaigned locally for females to be allowed to take exams in Queen’s University.

A sign has also been created for Mary O’Malley, the Cork-born dramatist who founded the Lyric Theatre, though final details of its location were unavailable at the time of going to press. All signs will remain up for the week, and will be unveiled today (Wednesday March 7), International Women’s Day. The project is being run right across Belfast by the Woman’sTec organisation, who seek to promote the role of women in non-traditional employment, including the construction industry.

Co-ordinator Helen Crickard said: “These three women, along with the others we are highlighting in different parts of the city, all contributed to Belfast life and their individual communities. Some are more well-known today than others, and this is about remembering the roles they played in changing the attitudes of sections of society.

“Joyce McCartan, for instance, was very well known in her day in terms of community activity, and she famously marched a cow into the city centre in protest at the removal of school milk supplies by Thatcher before she was Prime Minister.

“They are all positive role models, and it’s appropriate they be recognised once again to mark International Women’s day.”