A simple card can help others in so many ways 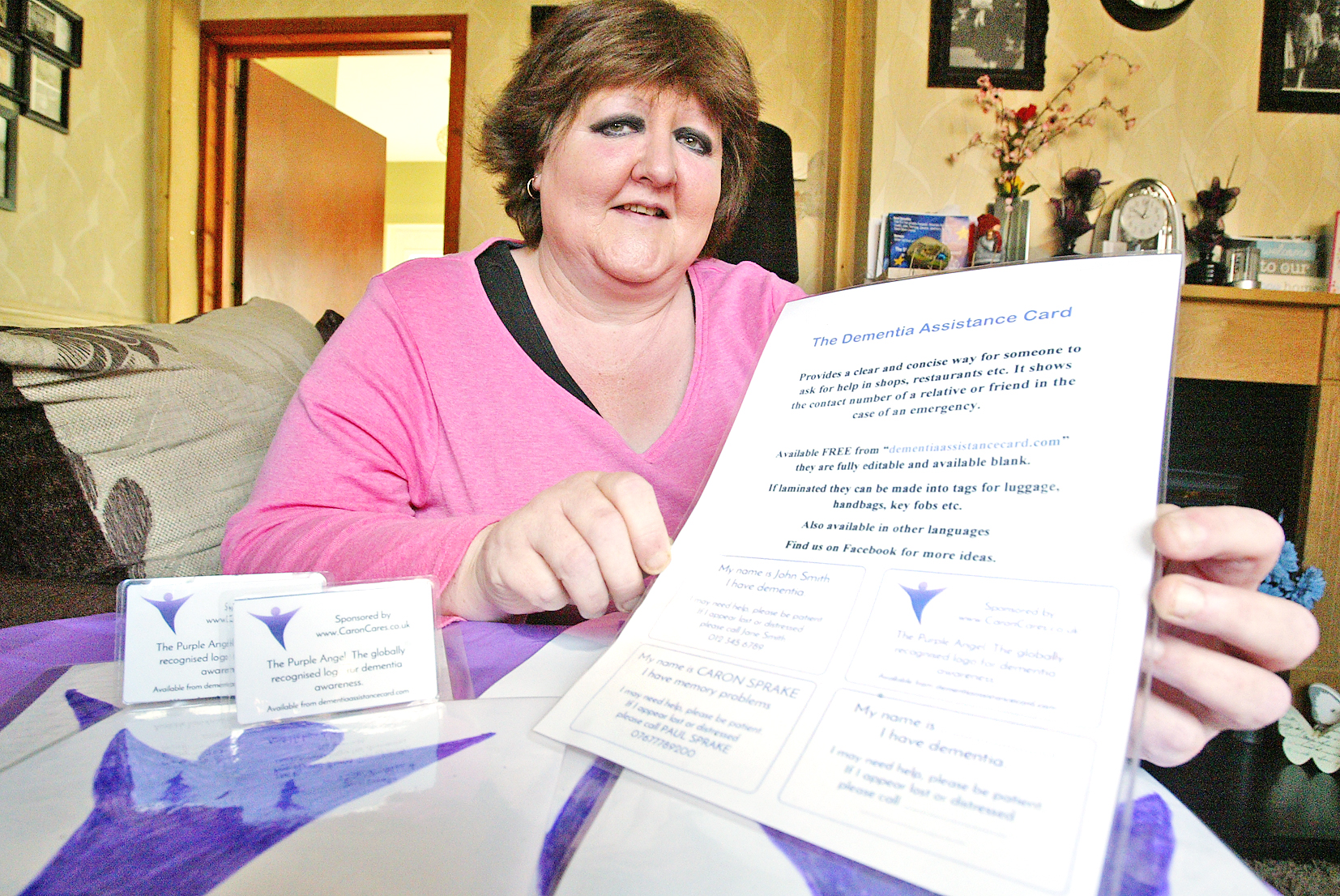 Anne Donnelly is doing her utmost to increased awareness of dementia

THE word dementia describes a set of symptoms that may include memory loss and difficulties with thinking, problem-solving or language.

But it is also a word that strikes fear into us and at one stage or another all of us are bound to know someone afflicted by the condition.

Dementia is caused when the brain is damaged by diseases, such as Alzheimer's disease, or perhaps a series of strokes.

One West Belfast woman has made it her mission to try and help those living with dementia. Anne Donnelly from Benraw Terrace knows what it’s like to care for someone with the illness. She said: “My mum had dementia and I along with the rest of my family cared for her. It was a long, hard struggle for her and for us.

“Myself and my sisters have been doing some work for ‘Caron Cares’, a charity which is based in England. They do a lot of different charity work, and have started doing Dementia Assistance Cards. Basically, if you or anyone you know has dementia you can contact Caron or me and we will get you a card done.

“The card can be worn around your neck or attached to a handbag or keyring. It says ‘My name is…… I have dementia. I may need help, please be patient. If I appear lost or distressed please call …..”

Anne added: “I have a friend whose mum went missing for five hours. Had she been wearing one of these cards perhaps she could have been found earlier and a lot of upset could have been avoided.”

You can even put ‘diabetic’ on the cards and they can be done in different languages. I first saw Caron Cares on Facebook and got in touch with her, she sent me through some information on how to become an ambassador and it’s taken off from there.”

Anne has been made a Purple Angel Ambassador because of her tireless work in the field. She said: “It’s something that is very close to my heart because of our mum. People might be surprised to hear that this doesn’t just affect the elderly, young people aren’t immune to dementia either.”

You can order the cards through Anne’s Facebook page – Anne Donnelly – or alternatively you can go online at www.caron cares.co.uk or email caroncares01@gmail.com

Ann has also been leaving cards and posters into local shops in the hope of encouraging people to sign up for thescards or even to educate younger people on the subject of dementia.

“I wanted to make younger people more aware of how to deal with people with dementia. Maybe they think these people are being eccentric or are off their rockers, but that’s not the case. It’s all about educating people.”