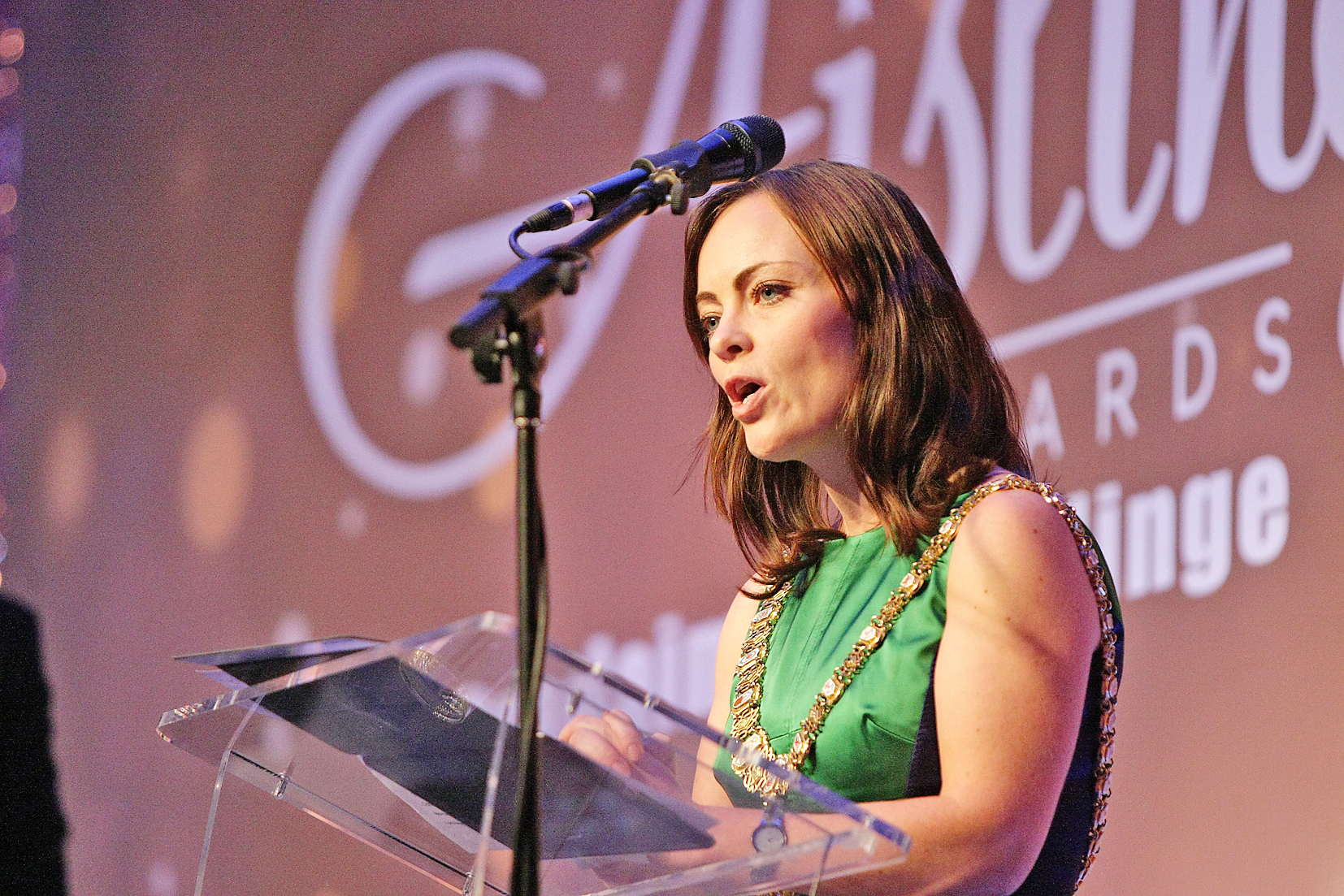 IT was all change at Belfast City Council’s monthly meeting last night as 15 councillors from across the city took their pew for the final time before the new ‘super-council’ takes power tomorrow.

Before any Council business was discussed, warm tributes poured forth from both sides of the chamber for outgoing Lord Mayor Nichola Mallon, who was chairing her last meeting as First Citizen.

Councillors from all parties hailed the Oldpark Councillor’s ten months in office as an overwhelming success. The Mayoral chain will be handed over to Sinn Féin’s Arder Carson at the first meeting of the new super-council tomorrow night.

“I’m a Belfast girl born and bred and as a city we have much to celebrate,” said Councillor Mallon. “I’ve been able to visit every part of the city to see how much of the heavy lifting is carried out by our unsung heroes. It’s important to continue to shine a light on their contribution.”

DUP Alderman Gavin Robinson was first on his feet, saying Ms Mallon had been “a credit to the city” and adding that she had “conducted herself with grace and poise – people got a chance to see the real Nichola Mallon.”

“Tomorrow you’ll be able to get your life back,” smiled the SDLP’s Pat McCarthy, “because for a Lord Mayor of only ten months you crammed a lot into it.”

And the strange but welcome air of bonhomie continued as the UUP’s Jim Rodgers paid tribute to the outgoing members. He said they had all worked hard for the city and spoke of how he liked to think they were all his friends.

As the Lord Mayor wrapped up proceedings for the final time and invited Councillors back to the chamber “for a glass of diluted orange,” outgoing SDLP Councillor Colin Keenan told Belfast Daily that he had been “honoured” to “have served the people of the lower Falls this past four years” and added he was taking his chamber nameplate home “as a keepsake.”

Colin said he has four weeks of work to do for the party ahead of the upcoming elections before taking a bit of a break. “I’m heading across the water to take up a teaching post at Hope University and I’m really looking forward to that new challenge.

“When I was elected four years ago it is fair to say I was pretty naïve, but I’ve made so many friends here. I’ve seen so much in what I think has been one of the best terms to date. Our city got to host the European MTV awards, got to open the Titanic Visitor attraction and I was awarded a Belfast Media Group Top 40 Under 40 award, which I was delighted to receive.

“I really have chalked up a bank of memories that I will take me from my Council time. I hope this won’t be the last time I’ll be in public life.”

Also taking their nameplate home to take pride of place on the mantelpiece was Sinn Féin’s Caoimhín Mac Giolla Mhín, who said: “On a personal level I would say it was a bit of a low not being re-elected in May but that was short lived as it quickly turned to a high when I learned that we returned 19 councillors to Belfast City Council. We are 19 and the next highest party is the DUP with 13 councillors. I will continue as a Sinn Féin party representative and feel proud to have worked for my constituency at Belfast City Council level over the years and I take with me only the most positive of memories.”