A tale of two seagoing Carolines 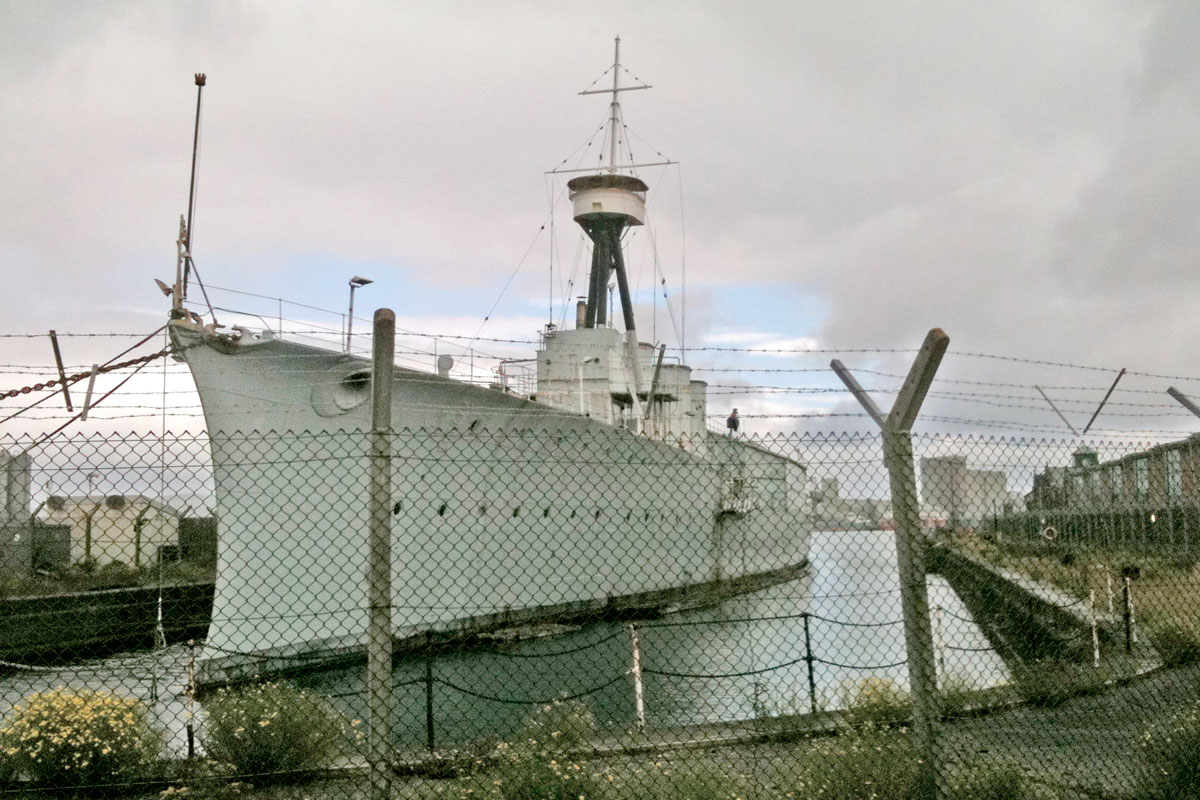 THE ONLY ship called Caroline that Squinter had ever heard of was the MV Caroline, home to the pirate broadcasting operation Radio Caroline, which brought so much pleasure to music lovers in the 1960s from its berth three miles off the coast of England.

That ship wasn’t even originally called Caroline – it was a retired Danish passenger ferry called Fredericia before they kitted it out with a radio mast and sleeping bags for the DJs and technicians. So it was with some surprise that Squinter came across another ship called Caroline while taking a dander round the Alexandra Dock in the Titanic Quarter.

It’s the real deal, this one – the original and first: HMS Caroline, a light cruiser built at the Cammell and Laird shipyard in Liverpool in 1914. Just two years later she was up to her funnels in World War One, taking part in the Battle of Jutland, the mighty setpiece naval battle off the coast of Denmark in which 250 Allied and German ships lined up and blew the daylights out of each other in two devastating engagements over the course of a day. According to the Royal Navy and British historians, the outcome of the battle was indecisive, which of course means that the Germans won; and indeed a tally of the casualties – ships and men – confirms that the Brits took a bit of a pasting. The old girl was only decommissioned a few months ago, having served as the HQ of the Royal Navy Reserve. They just built a big ugly office for the RNR on the stern of the ship and painted it battleship grey; it’s still there, you can see it in Squinter’s picture if you look closely, completely taking the look off this little bit of history on our doorstep. Maybe they’ll rip it out and put the guns back on deck – decommissioned, of course.