A tree in the house makes Christmas 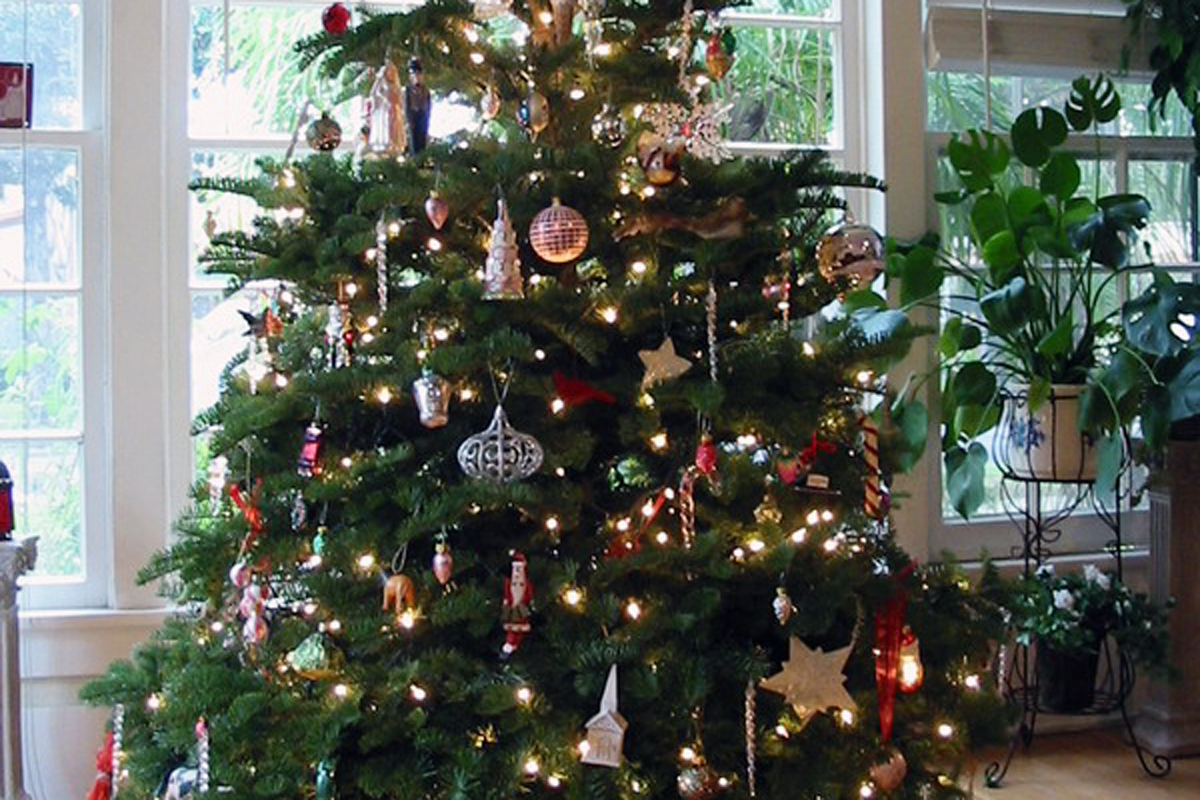 There’s no doubt Christmas is the most difficult time of year.

The pressure is on to make it a special time for children. And then there are the presents, the Christmas dinner and the increased cost of keeping a house warm in winter. And everybody loves to have Christmas clothes to wear on the big day. Everyone wants Sunday to go without a hitch, and so we stock up on food as if war is about to break out.

And Dúlra’s just spent £40 on a Chistmas tree. It’s an expense he could do without, but, all things considered, it might turn out to be worth it in the end.

Of course, in three weeks time the tree will be thrown out, valueless. But Dúlra gets more enjoyment from looking at it than he would from admiring a Van Gogh masterpiece hanging in his living room.

It reaches to the ceiling and so far it has only lights on it – two sets of white ones. We haven’t got round to even putting the fairy on the top – but when Dúlra looks at it, his heart warms.

Years ago, our parents’ generation didn’t have two washers to rub together, but everyone had a Christmas tree. And even if Santa was not so generous, the tree brought a bit of magic into every home.

Dúlra's tree may have cost £40, but the atmosphere it brings to the house is priceless.

This one came from Cushendall, so at least local industry is getting a boost. Many local farmers have decided to invest in Christmas trees, especially if their land isn’t particularly fertile. It’s a long-term investment. They have to buy the saplings and they don’t get a penny on their investment until eight years later, when the trees are big enough to cut. But then, if they plant every year, they can enjoy a regular income. And just in time for Christmas.

Dúlra’s  tree is a noble fir, a tree which grows naturally in the mountains of north California. Today, it’s just as home in the Glens of Antrim.

It’s loved as a Christmas tree because its needles take some time before dropping off – and of course because of its classic shape.

And while Christmas has become commercialised, the tree at least has its roots in tradition. The first was recorded in Estonia in the 15th century and it became popular in Germany before spreading around the world.

The first Christmas tree farm opened in America in 1901 and in some areas – like British Columbia in Canada – every resident has the right to cut their own tree free of charge. Don’t try that in north Antrim.

So whatever Santa leaves – big or small – if it’s left under a Christmas tree, the magic will always exist.