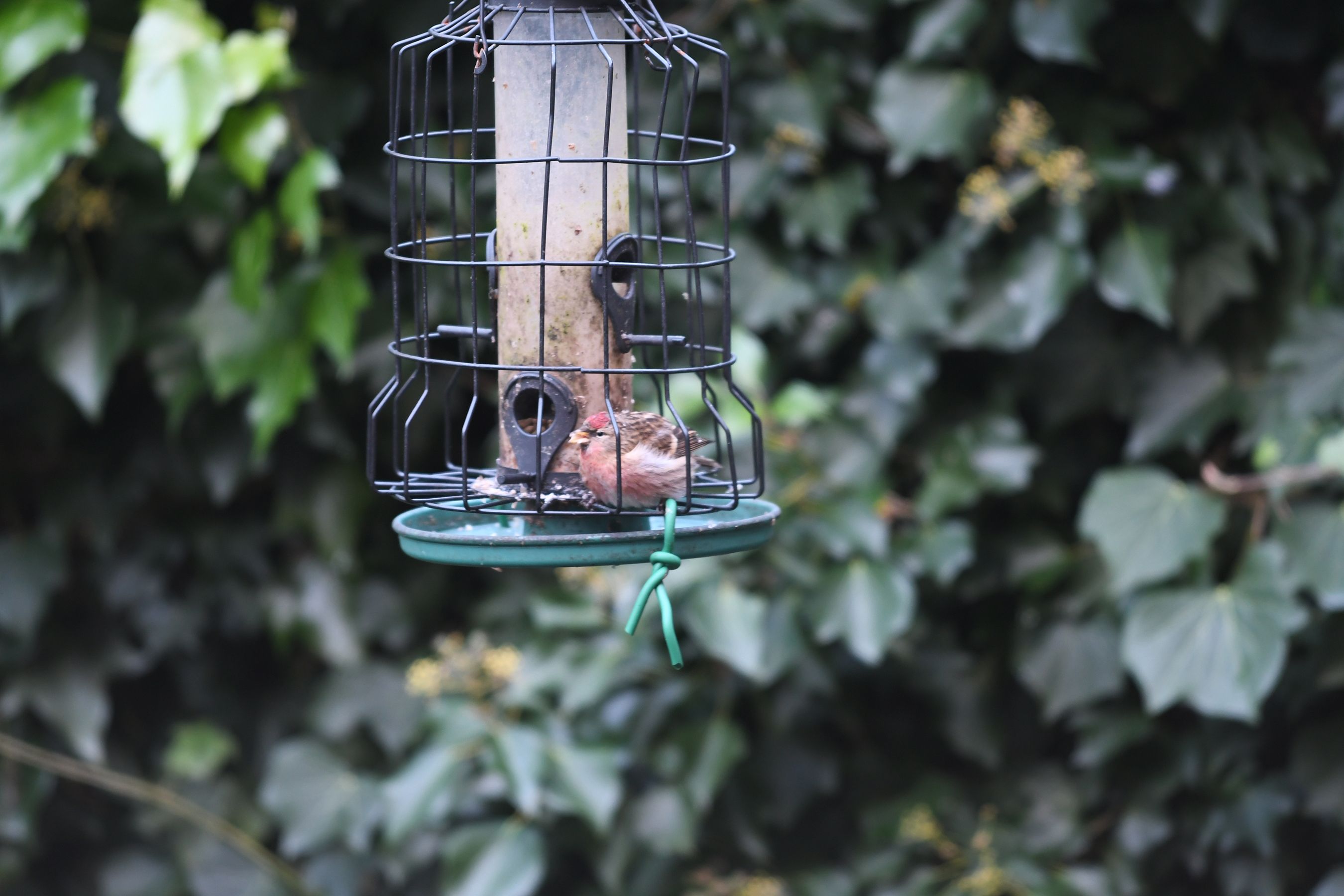 IT’S a bird that normally lives at the North Pole outside Santa’s grotto, but instead this week it somehow finds itself on Dúlra’s bird table.

The mealy redpoll is an Irish rarity – and rightly so because it’s a bird that thrives in the coldest climes of the Arctic Circle. But occasionally bad weather pushes it south, and on and on it often flies until it crosses the North Sea into Scotland and, on rare occasions, across the Irish Sea.

The weird thing is that this winter has been mild. But there are often other factors at play that force them to travel, like a poor crop of birch seeds which it loves to dine on. This male bird is a pleasure to behold, with its rosy chest and red patch which sits like a cardinal's cap on its head. It looks as cute as a cuddly toy. But looks can be deceiving – because this wee bird is perhaps the hardiest of them all.

The mealy redpoll laughs at extreme sub-zero temperatures. It thrives in places like Lapland – Santa’s lucky to have such a beauty outside his door.

Mealy redpolls have two magic tricks that help them survive the snow. First, they have developed a pouch inside their throat where they can store food for hours – it means they can forage rapidly in the cold and then retire to shelter where they can even shell the seeds saved in their throats and digest them.  And secondly, they’ve learned to use the snow as a blanket – they hop under it and sleep in snow tunnels – a trick also used by breeding bears and even mountain climbers.

But how does Dúlra know the bird in the garden a mealy redpoll – also known as a common redpoll, deargéadan coiteann – rather than our native one, the lesser redpoll, deargéadan beag? (The Irish name is literally red forehead.) It’s hard to tell in this picture, but this redpoll is closer in size to a robin than the small redpoll that visits many gardens.

But the final piece of evidence that this bird wasn’t Irish was more basic than any scientific identification. When Dúlra went out into the garden to take this picture, every other bird scattered. But the redpoll allowed Dúlra to approach so close that he could have stretched out at hand to touch it

Birds from the most remote arctic areas aren’t used to people and don’t know that we’re the world’s most dangerous animal. Last year on the Ormeau Road Dúlra was able to get right up close to marvellous waxwings – which share breeding grounds with mealy redpolls – because they too have no experience of people or the threat we too often pose.

The sun has just risen and what better way to start December than a calm, crisp morning and this fine Mealy Redpoll in the nets. pic.twitter.com/S0L9XYi269

When Dúlra was young, the different varieties of redpolls were simply that – subspecies of the one breed. But in 2001 experts decided that they are actually totally different birds from the same family – just like magpies and ravens are both members of the crow family.  Our native redpoll, officially called the lesser redpoll, is perhaps Dúlra’s favourite bird. Delicate and plain brown, it has somehow managed to acquire a red crown. And the male bird's pink chest looks like rouge that's been applied with a make-up brush. So when Santa arrived at Dúlra's house this week, he felt right at home when he spotted a feathered friend that has travelled just as far – and without the help of a magic sleigh.