A welcome alternative to Euro 2016 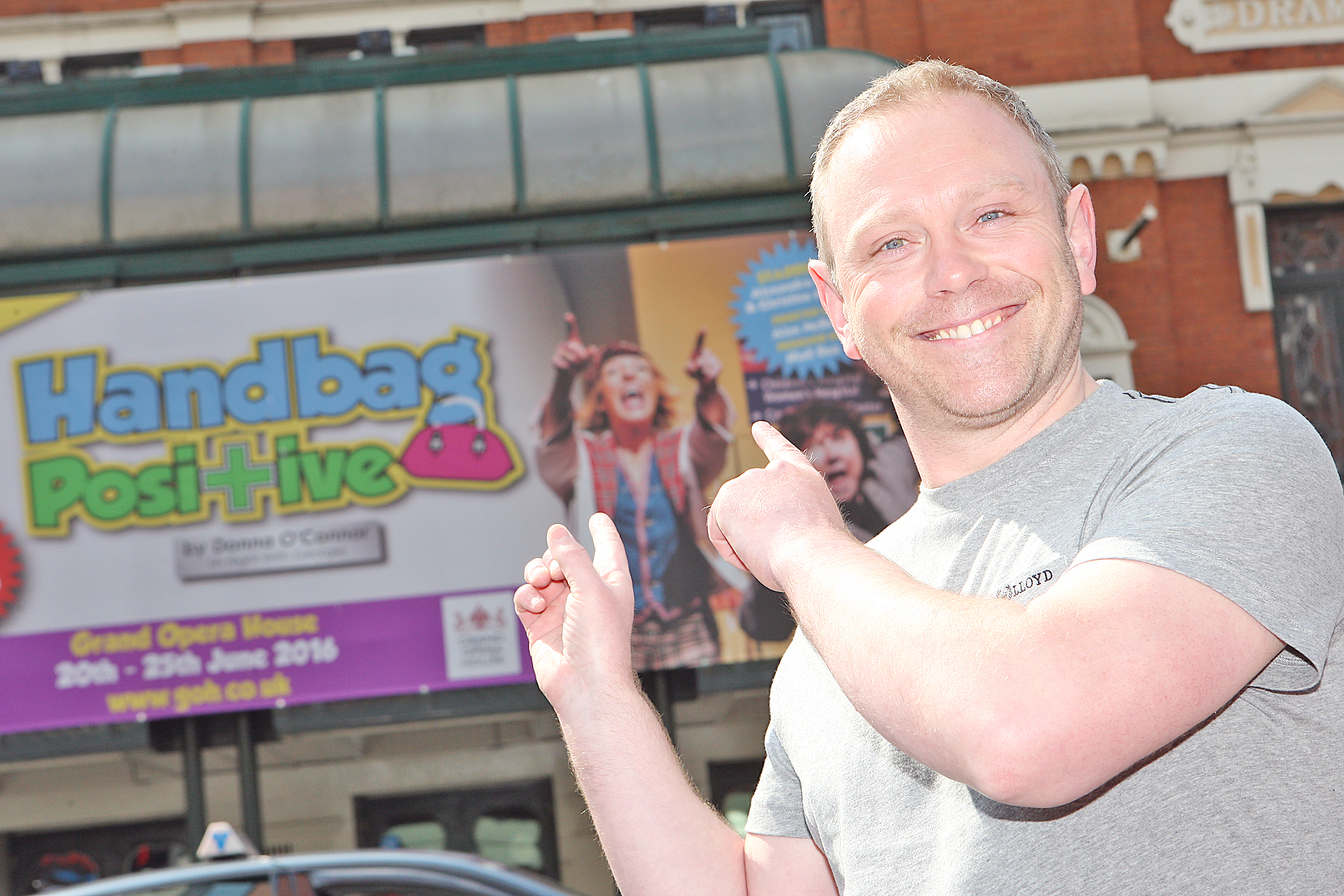 “THERE is an alternative to the Euros,” laughs GBL Theatre producer Joe Rea as he tells me that his latest show Handbag Positive will prove a refreshing tonic.

The show, which played to sold-out audiences in its debut Waterfront run last year, will be performed for one week only at the Grand Opera House from June 20 until 25. Written by Donna O’Connor, Handbag Positive tells the story of Attracta and Nora who were the best of friends when they were teenagers. From sharing boyfriends along with their love for the Bay City Rollers the friends drift apart until a wait in a local A&E reunites them and sparks an exchange of funny, sometimes poignant flashbacks to their 1970s childhood.

“I had a great team around me when we first performed at the Waterfront Hall,” explained Joe. “We had Donna writing, Alan McKee directing and it was fantastic to work with Christina Nelson and Alexandra Ford who play are two heroines of the piece.

“For me and for those who caught the show the first time around I think Donna has created a really popular piece of work. It was very personal to her at the time as Donna was sitting in A&E herself as she was ill at the time and basically was taking it all in, her observations are brilliant.”

Joe was quick to point out that the play is “by no means a critique of the NHS or its staff”. He added: “It’s basically a snapshot of two women who are dealing with the reality of looking after their mothers. My own mum had just passed away before we performed it so it was very poignant for me.

“As much as the NHS struggles, the staff are absolutely fantastic. The support we got was incredible when my mum was ill. Throughout the play you will keep hearing a page for a ‘Dr Colton’ to be called for and I actually put that in as that was my mum’s doctor from Ballyowen Health Centre so it’s a small nod to him.”

Joe continued: “Attracta and Nora are at the heart of our story and as the play progresses these women realise that everyone has their issues, has their own problems and ways to find in life. The same goes for anyone that had that one great mate who you haven’t seen in ages but if you meet up again – no matter how much time has passed – it’s as if you were never apart.”

Handbag Positive runs at the Grand Opera House from June 20 until June 25.