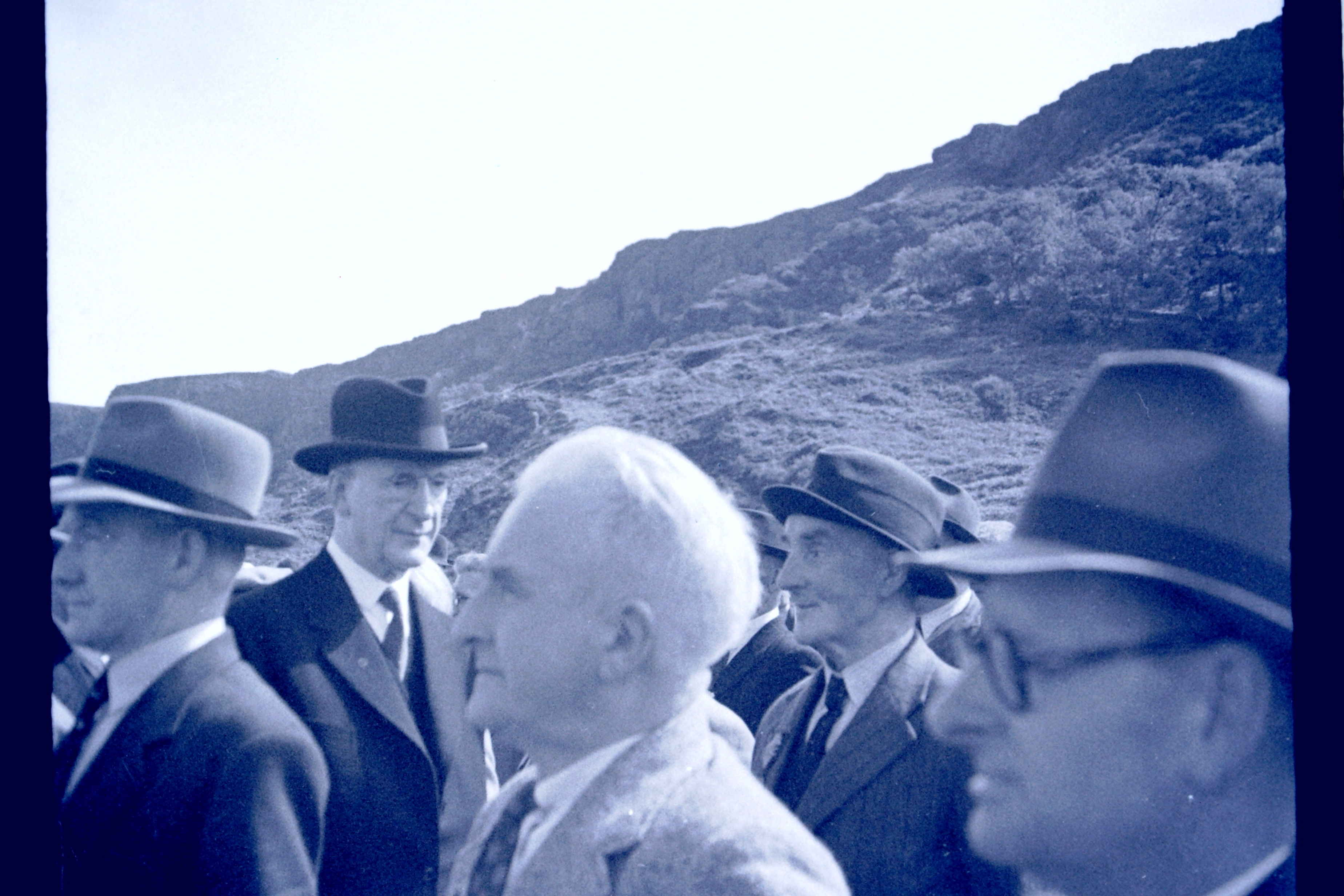 Taoiseach Éamon De Valera on a visit to the stone cross memorial at Murlough, where a burial place for Roger Casement has already been selected Pic from the Joe Nolan archive

Following the recent state funeral of Thomas Kent, one of 16 men executed following the 1916 Easter Rising, a Belfast man is driving the campaign to have the remains of Roger Casement brought north for burial in County Antrim, as per his dying wish.

Casement and Kent were the only two 1916 revolutionaries executed outside of Dublin by British forces. Thousands attended Kent’s funeral in County Cork including President Michael D Higgins and Sinn Féin President Gerry Adams.

Kent was shot dead in what is now Cork Prison after he and his brothers were involved in a shoot-out at their home in which a Royal Irish Constabulary officer, William Rowe, was killed.

Earlier this year, DNA tests on remains found at the prison confirmed they were those of Thomas Kent. He was buried with military honours at Castlelyons.

Roger Casement was hanged for treason at Pentonville Prison in London in August 1916 and buried in the prison cemetery. The British government refused requests to repatriate him back to Ireland until 1965 when he was brought back to Dublin and given a state funeral followed by burial at Glasnevin Cemetery.

Casement’s dying wish was to be buried at Murlough Bay in Co Antrim, near to where he was raised. In 1953, over a decade before his remains were transferred from England to Ireland, then Taoiseach Éamon de Valera attended an event in Murlough where a burial area was chosen for Casement. When his remains were returned to Ireland it was, however, in Dublin that he was interred. A memorial to Casement today stands at Murlough.

With the 1916 centenary and indeed the 100th anniversary of Casement’s death looming, a local history buff is calling for the remains of the patriot to be buried in Co Antrim.

“With the centenary on the horizon, this is the perfect opportunity to see Roger Casement brought back to County Antrim, the place he loved,” he said. “After Thomas Kent’s state funeral, the only unfinished business left is to deal with Roger Casement and fulfil his dying wish to be buried at Murlough Bay.

“When he was returned in the sixties, it was said the Stormont of the time would have been unwilling to let his remains come north. Is it not time, and not Christian, to now fulfil this man’s wish?

“Reconciliation comes from both sides and, for example, with the Queen having visited Dublin and Gerry Adams meeting Prince Charles, it is only right and Christian that Casement’s last wish is carried out.

“I am not calling for a full military funeral, just a private ceremony with his family, and so I will be asking both governments and all political parties to look at this in a Christian manner.”